Arsenal want to make at least another two signings after Willian’s Emirates arrival was officially confirmed on Friday. Mikel Arteta has now welcomed three additions in the summer transfer window.

Centre-back Pablo Mari and right-back Cedric Soares’ loan moves were turned into permanent deals, with the former costing around £14m altogether and Cedric signing for free.

And the Gunners have followed those two moves up by recruiting Willian from Chelsea, also for nothing.

The Brazilian’s contract at Stamford Bridge expired this month after their Champions League involvement was ended by Bayern Munich and he rejected multiple offers to stay.

He wanted a three-year deal which Chelsea would not offer, but Chelsea swooped in to give the 32-year-old the terms that he wanted. 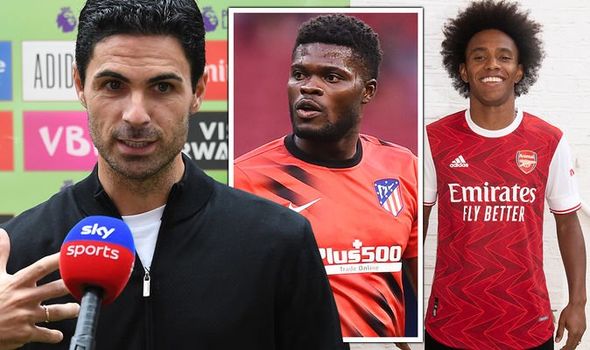 And it’s added that Arsenal want to step up their summer business by making two more additions after Willian – with Atletico Madrid’s Thomas Partey top of the list.

The Star say the north London outfit will ramp up their attempts to bring in the Ghanaian, who will cost £45million due to a release clause in his contract.

Arsenal cannot currently afford that amount due to their financial constraints but player sales could give Arteta extra funds to use on strengthening the squad.

And it’s claimed that they will listen to offers for seven players as they look to reshape the options available to the Spanish coach.

The Star add, however, that Partey will not be coming to Arsenal unless Atletico Madrid change their stance and are willing to accept less than £45m. 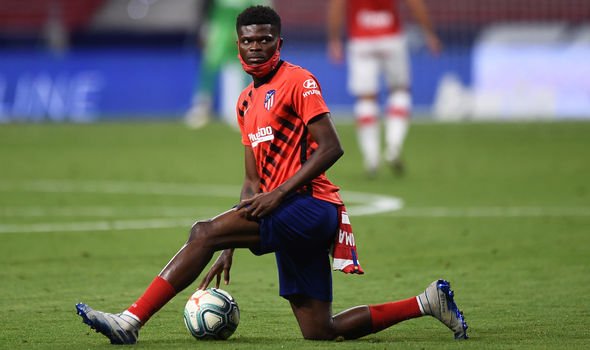 That may rely on the 27-year-old, who is under contract until 2023 and has the offer of an extension with a pay rise on the table, trying to force a move.

Atletico’s Champions League exit at the hands of RB Leipzig will help Arsenal’s chances of progressing with talks.

Arteta also wants to bring in another defender having been linked to Lille’s Gabriel Magalhaes.

But Napoli are particularly set on the Brazilian and are believed to have agreed personal terms with the 22-year-old.

One major departure that could be a huge helping hand to Arteta is Alexandre Lacazette, who endured a below-par campaign overall.

The 29-year-old Frenchman, out of contract at Arsenal in 2022, would be available at around £30m after losing his starting spot to Eddie Nketiah for a sustained spell.

The Star add that Arsenal would be willing to use Lacazette in a part-exchange deal for Partey – but Diego Simeone’s interest in taking the France international to the Wanda Metropolitano has cooled.

Elsewhere at Arsenal, Pierre-Emerick Aubameyang is expected to put pen to paper on a three-year, £250,000-a-week deal to commit his future to the club.

The 29-goal Gabon frontman scored a brace in the FA Cup final win over Chelsea this month having also delivered a crucial two-goal display in the semi-final triumph over Manchester City.

His new team-mate Willian has meanwhile said after being announced as Arsenal’s latest signing that he wants to help the club “shine again”.

He said: “I think that with Arteta, Arsenal have a great opportunity to fight again for titles in the Premier League and in Europe so I’m very happy because of that.

“I’m excited to start. I can’t wait to go on the pitch and do my thing to help my team-mates and to help this club to shine again. That’s what I want.

“When I talked to [Mikel], the conversation was good, he gave me confidence to come to Arsenal. He said a lot of good things to me and that’s why I have come to Arsenal.

“I come to try to win trophies, because this club deserves to win again, and I think you have to do the best as possible to win every game.

“I always train hard and go on the pitch giving 100 per cent to help this team to win games and to win titles as well.”

While Arteta added: “I believe he’s a player that can really make a difference for us. 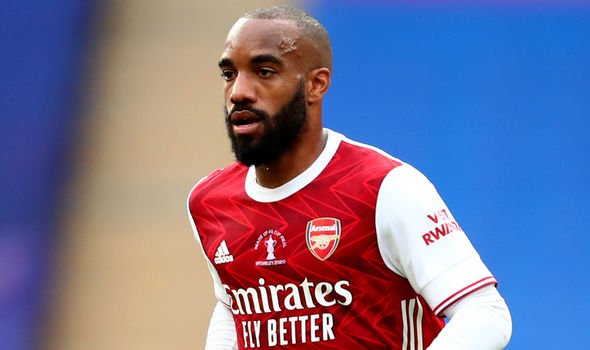 “We have been monitoring him for the past few months, we had a clear intention to strengthen in the attacking midfielder and the winger positions [and] he is a player that gives us a lot of versatility, he can play in three or four different positions.

“As well he brings a lot of quality and something that we need, which is winners. He has the experience to win almost everything in the football world but still the ambition to come here and contribute to bring the club where it belongs.

“It is many of his qualities [that appeal]. One is his ability to play in those tight spaces, his ability to play people through, to unlock, to drive with the ball and create overloads, he is a goal threat as well both in open play and with set pieces.

“Again, it is the character that I want, the kind of player that when things get difficult in the game that wants to take responsibility, wants the ball and wants to win the game for the team.

“I think it is going to be a really good lift for all the players as well in terms of the quality we are bringing to the squad.”