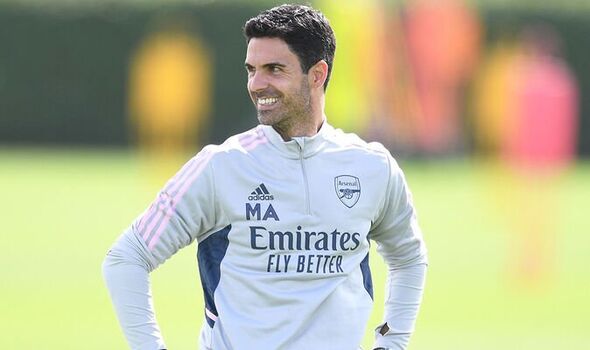 Arsenal midfielder Thomas Partey is set to be fit for Sunday’s Premier League trip to Brentford. Partey is claimed to be in full training and therefore will be available barring any setback this week.

The Ghana star missed Arsenal’s last four matches in all competitions. He suffered a thigh injury in training ahead of the 2-1 win over Fulham last month.

Manager Mikel Arteta initially expected the injury to be short term. However, concerns were raised after it became clear it was the same injury which kept him out for a sustained period last season.

But in a major boost for the Gunners, Goal claims Partey is now back in full training. He was training with the team over the weekend but all Premier League matches were postponed as a mark of respect following the death of Queen Elizabeth II.

Therefore Partey has been given an extra few days to get back to top fitness. Arsenal’s Europa League match at home to PSV Eindhoven on Thursday has also been postponed, meaning the trip to Brentford is their next outing.

Arteta will have to make a decision on whether to bring Partey back into his team. Albert Sambi Lokonga has deputised in recent matches, with Mohamed Elneny also out with a hamstring injury.

Elneny is likely to be out until January at least. Meanwhile, Emile Smith Rowe remains a doubt for this weekend.

Smith Rowe pulled up during the warm down following Arsenal’s 3-1 loss to Manchester United earlier this month. Arteta has since stated the groin issue is something the England international has been hampered with for several weeks in training. 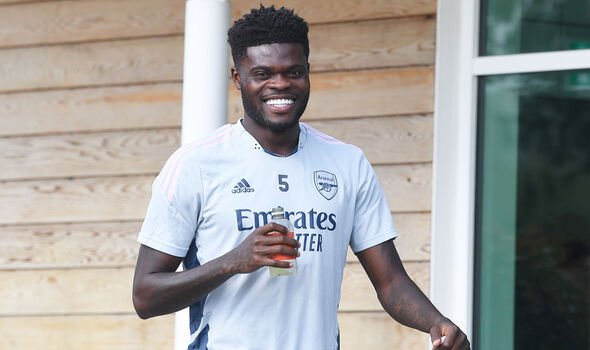 Arsenal are also set to still be without Reiss Nelson and Cedric Soares. Nelson suffered a muscular injury in pre-season, while Cedric is likely to be out until after the international break.

Current leaders Arsenal could head into Sunday’s match in third place in the Premier League table. Both Manchester City and Tottenham play on Saturday, facing Wolves and Leicester respectively, and victory for either would leapfrog them above the Gunners.

A victory in west London would ensure Arsenal remain top for a couple more weeks at least. The first north London derby of the season is on October 1 at the Emirates.