Arsenal starlet Gabriel Martinelli is not a transfer target for Real Madrid, according to Spanish football expert Guillem Balague. Martinelli attracted the attention of several big European clubs before he was signed by Arsenal in the summer for £6million.

Manchester United and Barcelona are among the sides said to have missed out on the striker, who has gone on to enjoy a successful debut campaign at Emirates Stadium.

The Brazilian has scored 10 goals in all competitions and after his wonderful solo goal in the 2-2 draw at Chelsea, Real Madrid were reportedly interested in signing the 18-year-old.

But transfer expert Balague has poured cold water on such speculation during an interview with GentingBet.

“Gabriel Martinelli isn’t a target for Real Madrid, he is somebody that needs to show regularly that he belongs to the elite,” Balague said.

JUST IN: Andy Murray faces new retirement fears after revealing he may need another hip operation 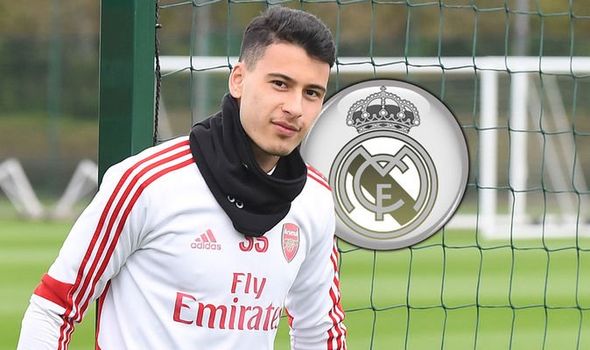 “I think he has done very, very well – I wouldn’t say better than expected, there was a lot of hopes for him.

“I think he is an important player for [Mikel] Arteta, and Arsenal will keep him.”

Martinelli was asked directly about the Real gossip when speaking to Marca earlier this month.

Asked whether he had heard from Madrid, Martinelli responded: “No, nothing has come to me.

“I am focused here doing my job at Arsenal and my head is here.”

Arteta rates Martinelli very highly but has tried to temper expectations heaped on the teenager.

“I heard a lot of things about Gabi before I joined but the moment I saw him training I was confirmed with all the things I was told before,” Arteta said in January.

“The way he competes and how brave he is in every decision he makes in the pitch is very unusual for an 18-year-old. 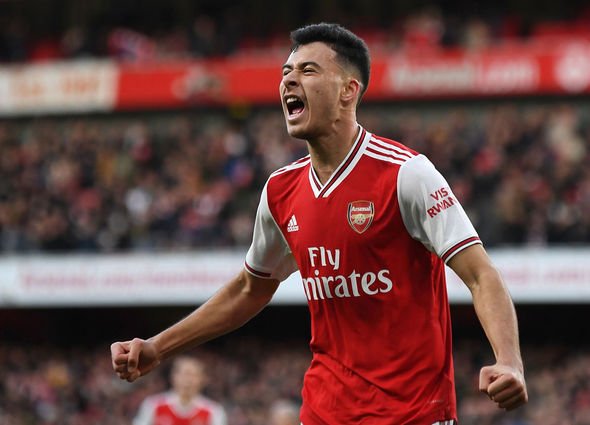 “His fight and spirit is incredible and then he’s a threat for goals every time.

“What had I heard before? All positive: ‘You will see this kid how he goes about every ball, his fighting spirit and he’s got the quality. Every time in front of goal he’s a threat.’

“They said you’ll be surprised how prepared he is to compete with any other player in the squad.

“I always thought yeah ok but he’s 18. When you see in big games how he goes about everything it’s surprising.”