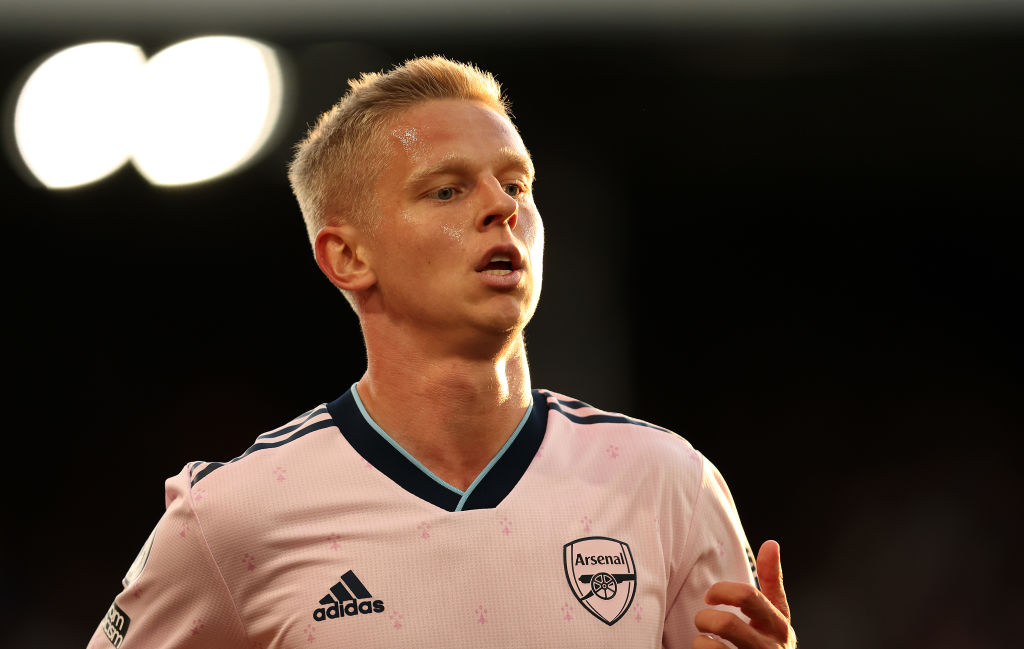 Arsenal have been dealt a big injury blow after Oleksandr Zinchenko picked up a knock in training that will keep him out of action for at least the next two weeks.

The versatile Ukrainian, who moved to the Emirates from Manchester City over the summer, has already had an interrupted start to the new season with a knee issue causing him to miss games against Fulham and Aston Villa.

But he returned to the starting XI earlier this month in a 3-1 defeat to Manchester United and also came off the bench against FC Zurich last week in the Europa League.

Unfortunately, Zinchenko has now sustained a different injury – this time to his calf – and has been forced to withdraw himself from selection for Ukraine’s upcoming international matches.

‘Oleksandr Zinchenko will not be able to help the blue and yellow during the September matches in the UEFA Nations League,’ confirmed the Ukrainian FA on Friday.

‘The Arsenal player suffered a calf muscle injury during training at the club which will require two weeks for treatment and recovery.

‘Oleksandr immediately personally informed the head coach of the Ukrainian national team, Oleksandr Petrakov, of the unfortunate news by calling him. We wish Sashka a speedy recovery.’

Ukraine were due to have a triple header of matches against Scotland (twice) and Armenia, but Zinchenko will play no part in those games now.

He is also therefore expected to miss Arsenal’s upcoming Premier League clash away to Brentford on Sunday, with Kieran Tierney – who has been struggling with injury niggles himself – set to replace him in the side.

Mikel Arteta has a number of other selection headaches going into that match, with Mohamed Elneny still sidelined and Thomas Partey also a doubt.

Both Reiss Nelson and Emile Smith Rowe remain out of action and there are also question marks over Cedric Soares and Ben White – with some speculation that the latter was omitted from England’s latest squad due to a knock.

Mikel Arteta will meet the media at his pre-match press conference on Friday afternoon when he is expected to provide team news and an update on the injury status at the club.