Arsenal can leapfrog Everton tonight and keep their faint European qualification hopes alive in the Premier League with a win against the Toffees. Mikel Arteta is likely to have one eye on next Thursday’s Europa League semi-final first leg when the Gunners travel to Spain to take on former boss Unai Emery’s Villarreal.

Arsenal will want to be heading into the contest off the back of a win, following last weekend’s disappointing 1-1 draw with Fulham.

Although the Europa League remains their focus, finishing as high as possible in the Premier League is also at the forefront of Arteta’s mind.

A strong finish to the season could also prove to be his saviour, if his side fall short in Europe.

Tonight though, Arsenal will be without a number of high-profile first-team players, including Pierre-Emerick Aubameyang. 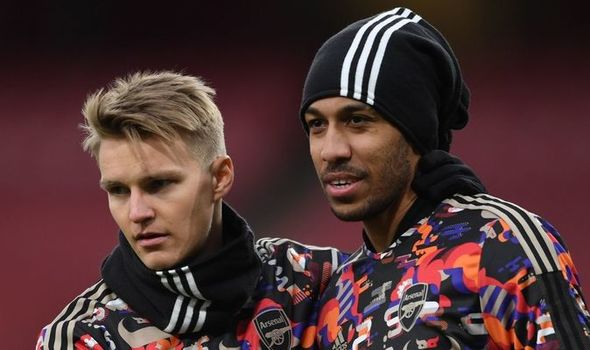 The captain is still recovering from malaria, with the club apprehensive to rush him back after such a serious health issue.

Alexandre Lacazette has been loving life of late in front of goal but he will also be missing with a hamstring issue.

Kieran Tierney’s season is all but over after he suffered a knee ligament injury against Liverpool.

Meanwhile, Martin Odegaard is a doubt although he is back in training. It remains unclear whether he is ready for action just yet, although he could still feature.

“They are all doing really well to be fair, they are a little bit ahead of schedule,” Arteta said yesterday.

“We don’t expect them for Everton I think, we have a doubt with Martin a little bit, let’s see how he is today in training.

“The rest will be out and get them back in the team as quick as possible.”

Bernd Leno looks set to return in goal ahead of Maty Ryan. 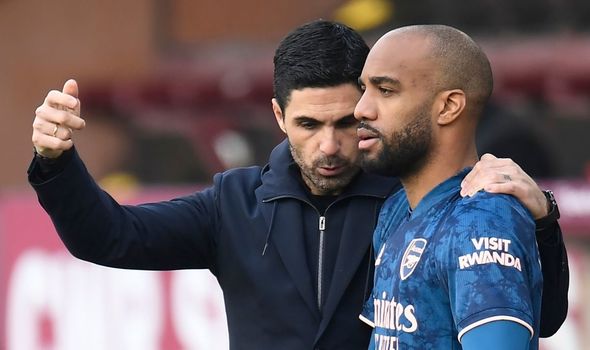 Granit Xhaka could also slot in at left-back, with Callum Chambers also coming back into the fold, completing the back four with Rob Holding and Pablo Mari.

In midfield, Dani Ceballos and Thomas Partey continue their partnership while Bukayo Saka, Emile Smith Rowe and Nicolas Pepe pick themselves based on current form.

In attack, there could be a rare start for Eddie Nketiah, who is now fighting for his future at the club despite last week’s equaliser against Fulham.