Arsenal face Olympiacos in the Europa League tonight as they look to improve on last week’s impressive win in Greece. The Gunners take a 1-0 lead into the second leg at the Emirates tonight, and Express Sport is on hand with all the latest team news.

Sead Kolasinac is unlikely to feature tonight after picking up an injury against Everton on Sunday.

The German defender was taken off in the 3-2 win over the Toffees after suffering an arm injury.

He uploaded an image on his Instagram page of himself with his arm in his sling, confirming that he needed further specialist assessments.

As a result, he is unlikely to feature tonight. 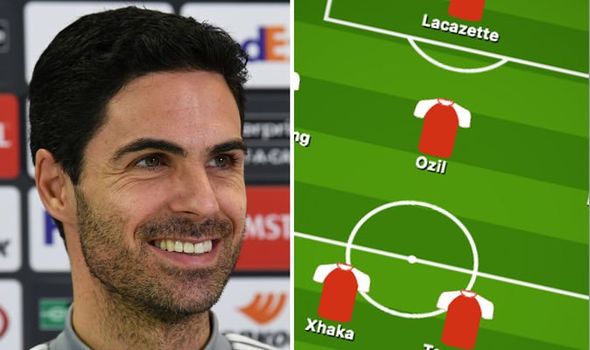 Kieran Tierney is set to return to first-team training this week, having missed the majority of the season through injury.

The Scottish defender has only played 11 times for the Gunners since making the switch from Celtic.

But he could be set to return from his dislocated shoulder injury before too long.

However, he is still a few weeks away from returning to the team.

Young prospect Eddie Nketiah played 90 minutes in the Premier League against Everton over the weekend, and could be in contention to start tonight.

But he is much more likely to feature in the FA Cup against Portsmouth next Monday, and could be named on the bench tonight instead.

Alexandre Lacazette is therefore likely to play down the middle, with Pierre-Emerick Aubameyang on the left and Nicolas Pepe on the right.

“He is seeing the specialist today and we will know more this afternoon,” he said.

“But yes, he was in pain, it’s a difficult area and we are not very positive about it.

“Hopefully, yes [Kolasinac will return this season]. But I don’t know. 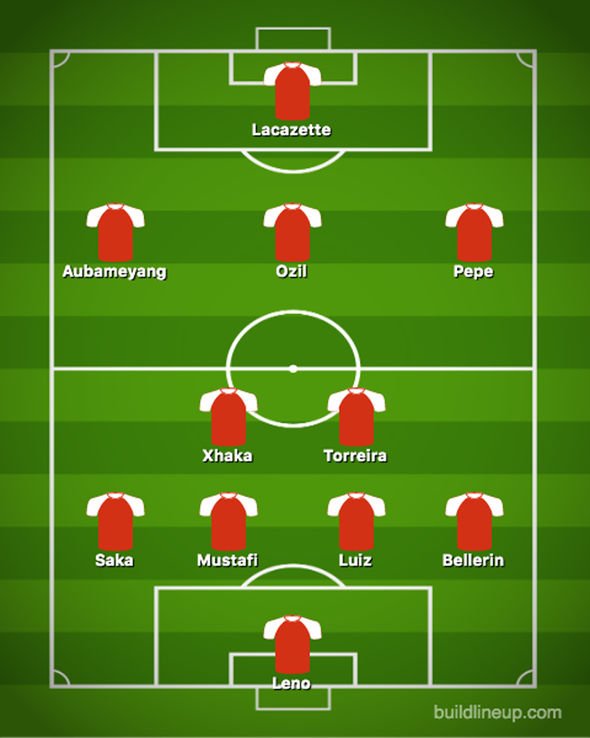 “It’s depending on whether he’s dislocated it and if he needs surgery or not.

“We will know more this afternoon, hopefully.”