LIVE: Arsenal vs Norwich, Leicester vs Manchester City and the rest of the Premier League 3pm kick-offs as Mikel Arteta looks for first win of the season

Is today the day Arsenal get off the mark in the Premier League? Mikel Arteta will sure hope so.

Pressure is building on the Gunners boss having seen his side fail to register a single league goal in their opening three matches ahead of facing Norwich at the Emirates Stadium.

Elsewhere, there are a further four fixtures kicking off at 3pm which we will keep you up-to-date with. These are Brentford vs Brighton, Leicester vs Manchester City, Southampton vs West Ham and Watford vs Wolves.

Follow Sportsmail’s KISHAN VAGHELA for live coverage including build-up, team news and updates across all of the games.

Their worst start to a Premier League campaign, zero goals scored, nine goals conceded and sat bottom of the table. That is what Arsenal have produced so far?

So what could go wrong against the team sat directly above them? Plenty, according to the club’s legends…

This is the first top-flight meeting between the two sides, having met in the Championship, League One and League Two.

The Bees are unbeaten after a brilliant start to life in the Premier League, but Brighton have also impressed during the current campaign.

Two other sides who had the same result before the hiatus were Ralph Hasenhuttl and David Moyes’s side.

The Saints earned a point in a 2-2 draw against Newcastle while West Ham lost their lead against Crystal Palace.

The visitors are still unbeaten this term, so can they keep that run going?

Well, Mikel Arteta has thrown a few curve balls in there…

Aaron Ramsdale replaces Bernd Leno, Takehiro Tomiyasu make his debut, and Ainsley Maitland-Niles starts in midfield after going public about his failure to be allowed to leave.

Ben White and Gabriel Magalhaes start as the centre-back pairing for the first time this season.

The two clubs will be looking to put 1-0 reverses in their final game before the international break behind them.

The Hornets lost at Tottenham while Wolves have yet to earn a point this term, lost thanks to Mason Greenwood’s winner for Manchester United.

Watford were 2-1 winners when they last welcomed Wolves to Vicarage Road in January 2020, while they have only lost two of their last six meetings against their opponents this weekend.

Leicester City have won two of their last three competitive matches against Manchester City and will now be hopeful of overtaking their opponents on Saturday.

A win at the King Power Stadium by Pep Guardiola’s men came sandwiched in between the Foxes’ brilliant 5-2 win at City at the start of last season and the Community Shield victory at Wembley in August.

Both have six points from their first three games and will play huge European clashes in midweek against RB Leizpig and Napoli, but for the time being it is all focus on the Premier League. 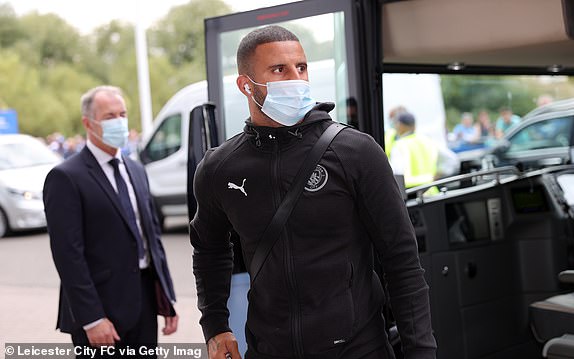 Arsenal face a must-win game against Norwich as they look to register their first goal and win of the season, while the champions Man City travel to Leicester.

There’s also the small matter of Cristiano Ronaldo’s return to Manchester United, but Sportsmail’s SAM BLITZ is looking after that special occasion.

So continue following me if one of the other five games takes your fancy.

Tags: -, Arsenal, LIVE:, Norwich:, Prem, vs
You may also like
Latest Posts