Arsenal have been warned that their star striker Gabriel Jesus is merely having a “great spell” as he was compared to Liverpool forward Darwin Nunez ahead of the two sides’ meeting on Sunday. The Brazilian has enjoyed a strong start to life at the Emirates following his summer move from Manchester City, while Nunez has had a slower beginning to his Reds career after his £85million transfer from Benfica.

Jesus has five goals in the Gunners’ opening eight Premier League games this season so far, as Mikel Arteta’s side hope to continue at the top of the table with victory over the Reds on Sunday. Liverpool will hope to turn their disappointing start to the campaign around in north London, and Nunez started in the 2-0 win over Rangers on Tuesday as Jurgen Klopp’s side picked up just their third clean sheet of the season.

Nunez has just one league goal this season following his big-money move from Portugal, but when asked if he would swap the Uruguayan for Jesus, former Liverpool defender Steve Nicol was adamant in his response. “No [wouldn’t swap Nunez for Jesus], no not at all,” Nicol told ESPN.

“Because I think the upside of Darwin Nunez is better than the upside of Jesus. Let’s be honest Jesus has been in the Premier League for how many years? Five? And all of a sudden yes he is playing great, but at the end of the day, he has had a great spell. 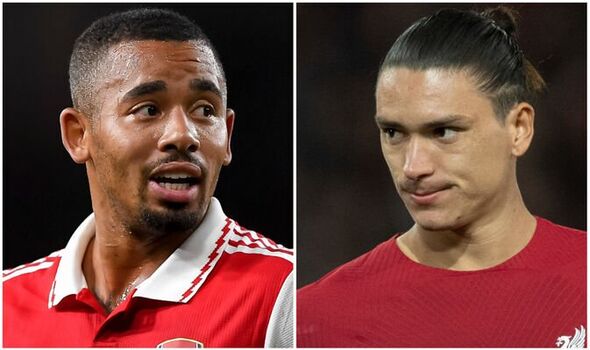 “He did have a good spell at the end of his City career, but we are talking about a guy who has been in the Premier League for five years and who has had a good spell for the last four or five months, and yes he has been great for these eight or nine games that Arsenal have had.

“So I think the upside of Nunez is more than Jesus. He has already been in the Premier League for five years and nobody has said a word about him, all of a sudden he is a superstar is he?” 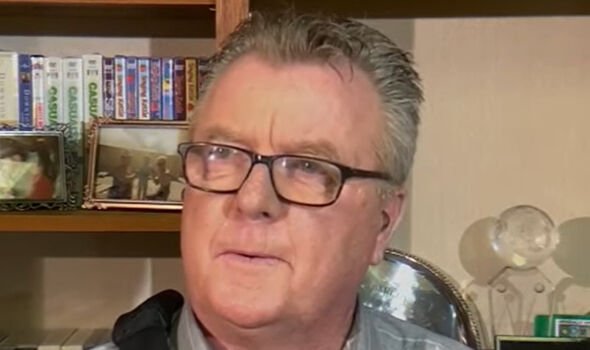 “You can see the movements are exceptional and if you would see him finishing in training you would think, ‘Oof, my god’.

“In games a bit of a rush, needs to calm down in these moments. We use his full range of finishing but as a striker it’s just something you need to feel and go from there. Not to change, just to keep going, actually.”