Arsenal Women 3-1 Zurich Women: Gunners secure comfortable win at the Emirates against Swiss side thanks to goals from Jordan Nobbs and a brace from Lina Hurtig to maintain their unbeaten start to the season

Arsenal continued their unbeaten start to the season as a Jordan Nobbs volley and Lina Hurtig brace gave them a 3-1 victory over FC Zurich last night.

The Gunners, who shocked Champions League holders Lyon with a 5-1 win last week, are now top of Group C after the French side drew 1-1 with Juventus.

This, played in front of a quiet Emirates crowd of 5,397, was not as thrilling as the victory against Lyon but it could prove just as crucial. Jonas Eidevall’s side are now in pole position to ensure they qualify from their group and if they can beat Juve next month, they will have every chance of finishing top. 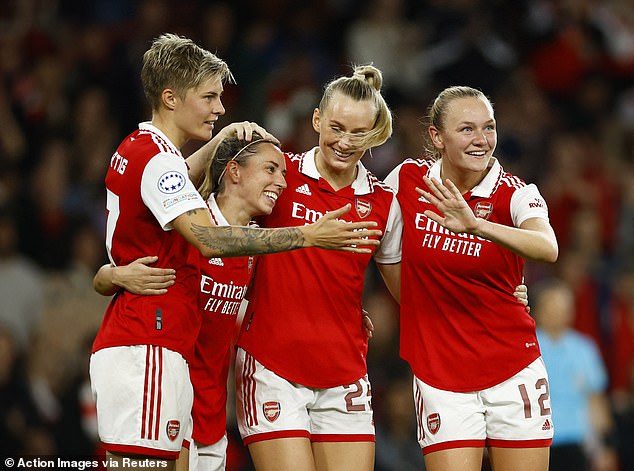 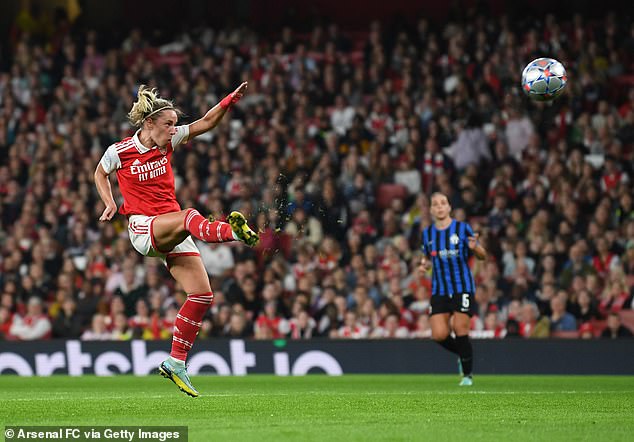 A tepid first half saw the Gunners struggle to break down a stubborn Zurich defence with Lotte Wubben-Moy’s header the closest they came to finding the net in the opening half an hour.

But a moment of magic from Nobbs brought the game to life in the 38th minute. The midfielder met Steph Catley’s cross with a superb side-footed volley that skimmed the underside of the crossbar before hitting the back of the net.

Nobbs has struggled for game time since returning from the injury that kept her out of Euro 2022. This was her first start of the season and a reminder of what she can do if given the chance to play.

With the Gunners on top as half-time approached, a lapse in concentration in the Zurich defence gifted them a second. Beth Mead’s cross should have been cleared but Mana Iwabuchi stole the ball off Eleni Markou before crossing for Hurtig to head home at the near post. 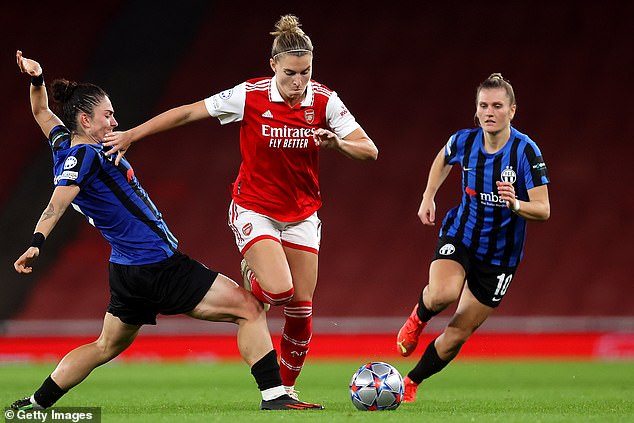 The second half followed a similar pattern to the first in that there was very little action at either end. Arsenal had two penalty appeals, both of which were waved away by referee Lina Lehtovaara.

The first saw Katie McCabe brought down in the box before Vivianne Miedema collided with goalkeeper Lourdes Romero. The second appeal looked a stronger case as Miedema got to the ball first before Romero caught the forward’s head with a wild punch.

It briefly looked like those decisions could come back to haunt Arsenal as Zurich’s first attack of the second half fashioned a goal out of nothing. Markou shrugged off a half-hearted challenge from Miedema before chipping the ball over Jen Beattie for Seraina Piubel, who volleyed superbly over Kaylan Marckese. The goal, Zurich’s first ever in the Champions League group stage, cued wild celebrations from the part-time Swiss team. Every player from the bench ran out to celebrate with Piubel, who was in tears. 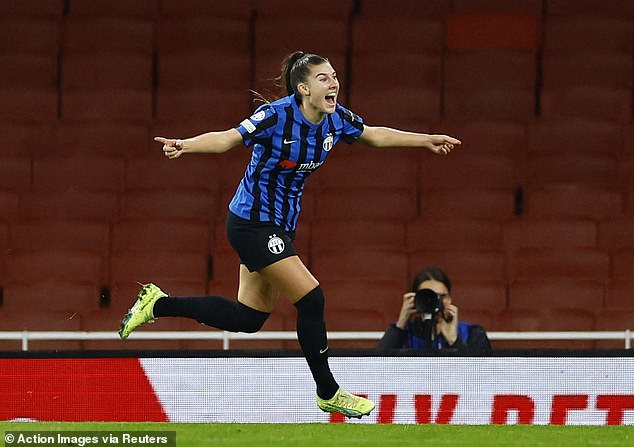 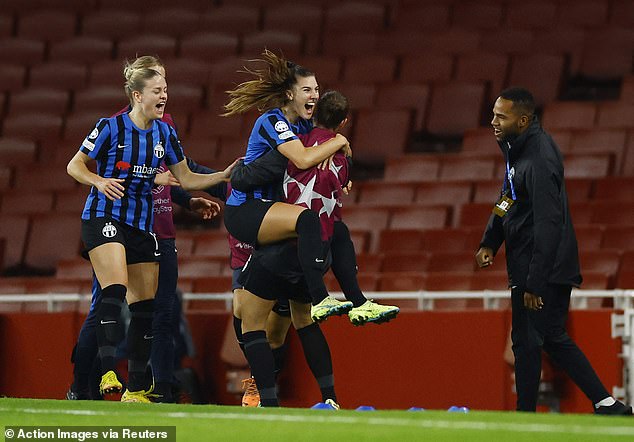 Her goal – which left her in tears, sparked wild celebrations from the part-time Swiss outfit 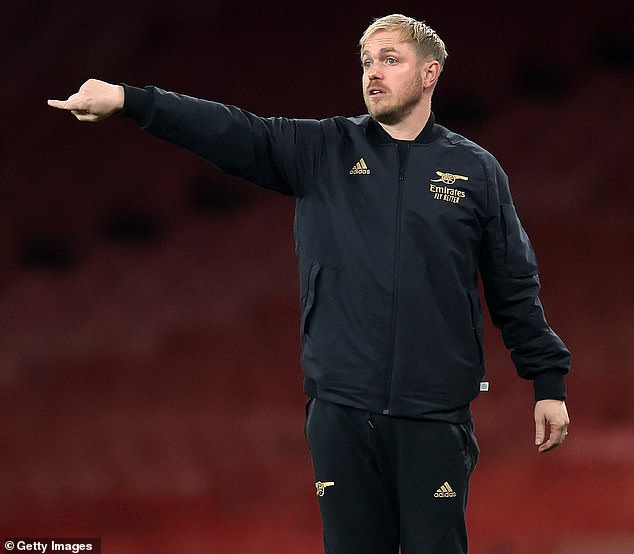 Jonas Eidevall’s side are now in pole position to ensure they qualify from their group and if they can beat Juventus next month, they will have every chance of finishing top

But Arsenal did not panic and two minutes later Hurtig restored their two-goal lead. Stina Blackstenius’ shot was parried by Romero and Hurtig was on-hand to finish the re-bound.

The only concern of the night for Eidevall was losing Catley to a head injury mid-way through the second half. The Australian defender has been one of Arsenal’s best players this season after switching from left-back to centre-back following injuries to Leah Williamson and Rafaelle.

The Gunners will hope the versatile defender will be fit enough to face an in-form West Ham side in Sunday’s Women Super League clash. 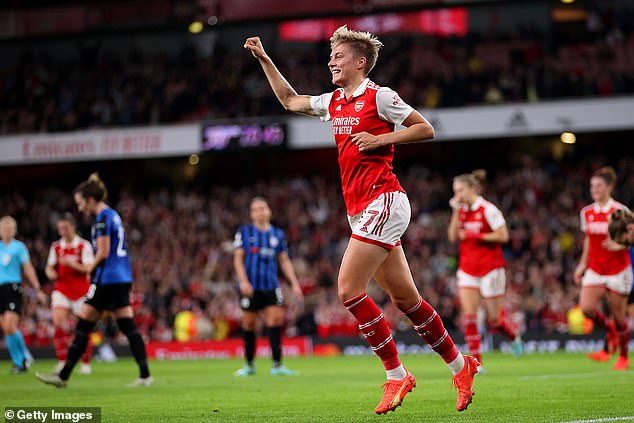 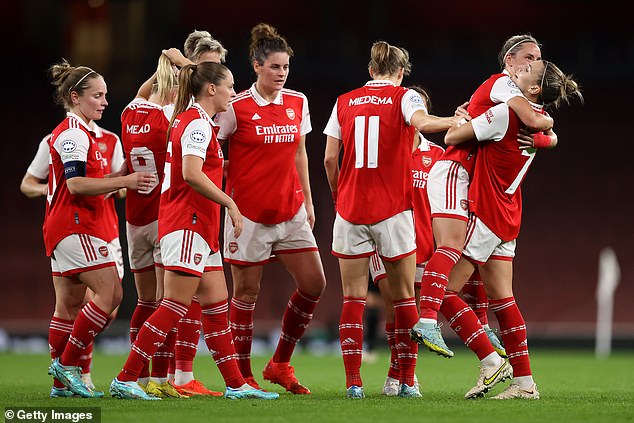