Arsenal Women boss Jonas Eidevall has criticised a ‘lack of transparency’ around postponements of games due to Covid cases and injuries.

Three Women’s Super League games have been postponed this weekend due to teams having insufficient players to fulfil their fixtures. Arsenal’s visit to Birmingham is set to go ahead on Sunday but the Gunners had their last game before the Christmas break, a home fixture with Brighton, postponed due to an outbreak in the Seagulls’ camp.

Sportsmail understands Arsenal did not have any positive Covid cases that weekend, despite travelling back from Hoffenheim after their Champions League fixture and that Brighton had a number of players isolating due to being ‘close contacts’ of players who had tested positive. 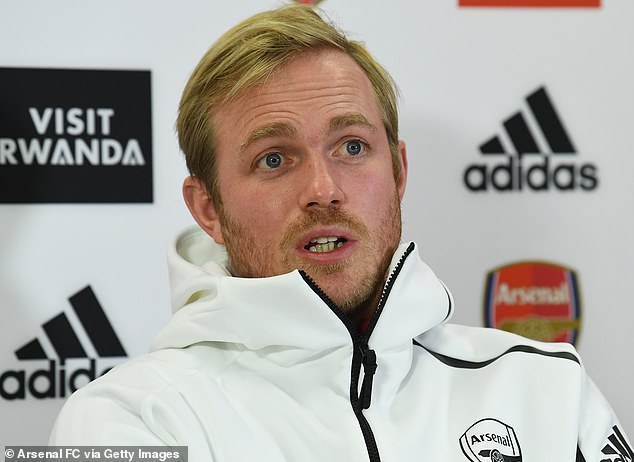 Players who are not double-vaccinated have to isolate under Government rules but those who have received both jabs would still be able to play if they continue to test negative.

Eidevall insisted that clubs are responsible for their own environments to ensure they limit injuries and Covid outbreaks.

‘Every team has injuries or illness and obviously right now there is very little transparency about that,’ Eidevall said.

‘When we wanted to play Brighton before Christmas, I still don’t know why the game was not going on. You don’t get any transparency from anyone saying which players are available or not available, you just get the message from the FA that the game will be postponed. 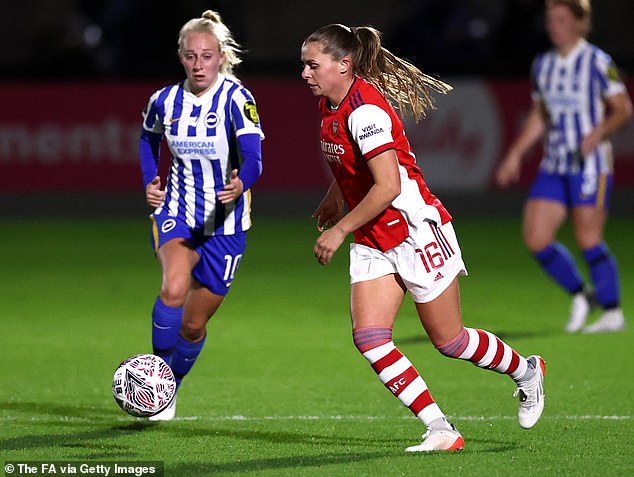 ‘Games can be called off against a direct opponent and you’ve prepared all week and are ready to play, you don’t get any reasons with it to why it is called off.

‘Look at it this way, the ability you [have] as a squad and a manager is that you handle player availability, it’s a big one. So if you can avoid having players injured it’s really, really important.

‘It’s also important to make players not being ill. So you can have many different protocols in place for that.

‘You can be really consistent with your testing, with your social distancing, you’re having digital meetings instead of physical meetings and so on. It’s really, really complicated to do that and it’s really hard to do that in a football environment but you can take that to the extreme to minimise the risk of spreading Covid in your environment.

‘You have one team and you’re doing that and you’re avoiding getting a spread of cases so you have enough players available to play. Then another team, you have zero control of how their environment is.

‘So they might practice in a way where they get five players injured by muscle injuries, then they have no social distancing at meetings so they get Covid spread as well. And then they’re saying they want to postpone the game because we don’t have players available to play.

‘It’s pretty easy to see if, for example you would have a club where you don’t have double vaccinated players, that those players would be deemed as a close contact if you would have a positive Covid case.

‘That would mean that you have a lot of players unavailable to play at the weekend. But you have another club that will have all their players double vaccinated so even if you get one positive case they wouldn’t be deemed as a close contact in that case. I’m still asking the question, what club should be punished for it and not being able to play the games?’ 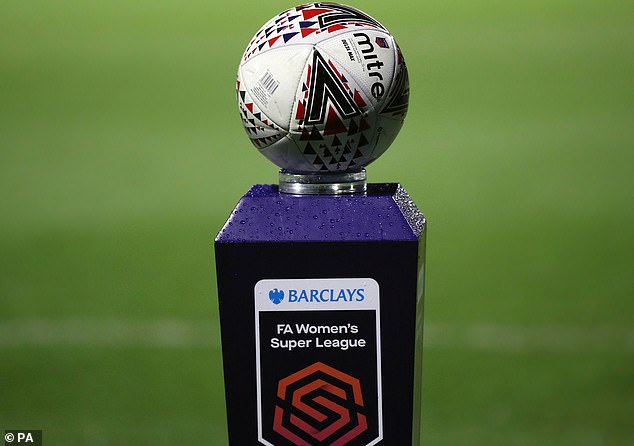 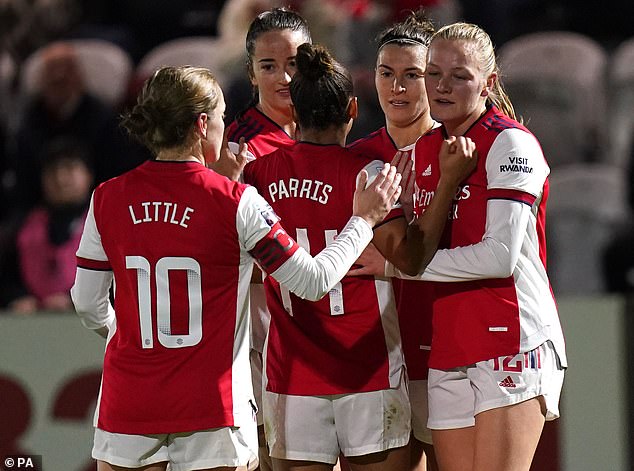 The Arsenal boss also raised the issue of whether it is fair for players signed in January to play in the rearranged games.

‘Why would a club be punished that are ready to play? I understand that there might be some situations where it’s so extreme in the pandemic so you simply can’t play the game. But then you have to be really transparent about being that and saying – what is it to do everything in your power in trying to play football matches?

‘I’m not a big believer in postponing football matches, I’m a bigger playing the games when they are due and that’s a part of the game, to get your players ready to play. It’s not from a planning perspective, it’s not new with Covid. So when it happened the first time of course nobody could say you could take that into account. 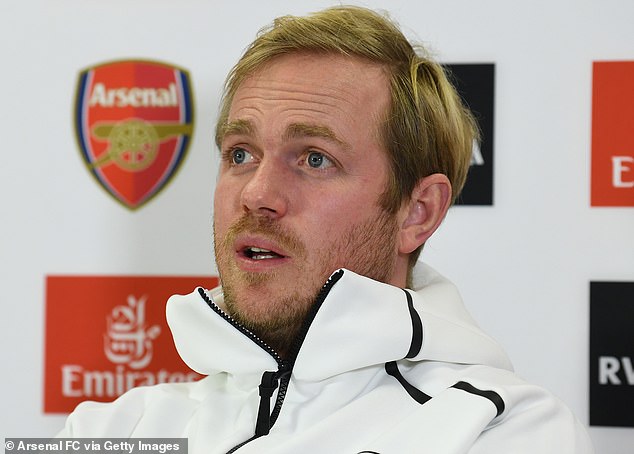 ‘Anyone going into this season and planning your squad and everyone, everyone needs to understand that it would be a big risk that there would be a lot of Covid going around in the winter months.’

When asked whether he thought some clubs might be taking advantage of the situation, Eidevall added: ‘I don’t know, because I don’t have any transparency into the decision making process. I do find it very weird that you can’t play games because you have big squads, you have young players in the academy that probably are up practicing with the first team and come in and play.

‘For me, I think a football game should go on if it’s scheduled. I think it should be extreme conditions that you don’t play a football game. I just hope that the decision-making process where they are postponing games, that they can stick with that all season. But no one knows what this is taking us in January, February, March, the games need to be played.

‘The end of the season will come at some point and what happens if the team has not been able to play all the games then? Are you going to have the same decisions in May regarding the situations as you do in January when you have lots of time to schedule these games? I don’t know because I don’t know the reasons or the processes behind why some games are getting postponed or not.’