Arsenal’s attacking line will come to a crossroads in the summer – what does the future hold?

Pierre-Emerick Aubameyang returned to form with a hat-trick in Arsenal’s 4-2 win over Leeds on Super Sunday, meaning the striker, playing through the middle at the Emirates, has scored more in his last four appearances than he had in his previous 16.

If Aubameyang is to play centrally from hereon for Mikel Arteta’s side, who will he be flanked by? And what does the future hold for Alexandre Lacazette, Eddie Nketiah and others?

Lacazette enters the final year of his Arsenal contract next season, while Nketiah, who was heavily linked with a move away from the club on loan in January, has played just 10 Premier League years in 2021.

Gabriel Martinelli, who was out injured until late December, signed a new contract in the summer, but has struggled for minutes of late in the first XI, while the battle for 19-year-old striker Folarin Balogun to sign a new contract at the club, with several European clubs circling.

Lacazette to leave? Pepe a starter? Big decisions for Arteta… 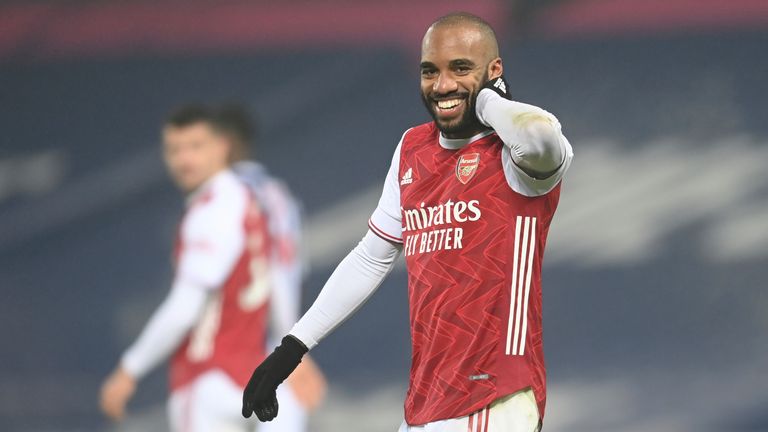 “I’m not sure Mikel Arteta quite knows at the moment. If it is going to be the case that Aubameyang plays down the middle, who fills the other two flanks? We’re talking about more experienced players in Aubameyang and Lacazette, and the rest are relatively unproven, but look like decent prospects. It’s about how Arsenal find the balance.

“Regarding Lacazette, going into his 30s and into the final year of his contract, you think that if there is going to be a sacrifice, and Arsenal trim the squad, it will be Lacazette making way. What does that mean to the rest of Arsenal’s front line?

“If Aubameyang doesn’t play down the left, maybe Nicolas Pepe occupies that role. He is in decent form, but Arteta is still trying to work it out. A lot of people have high hopes for Martinelli, but he’s had his injuries. Can you put your money on him being at the club for the long term? 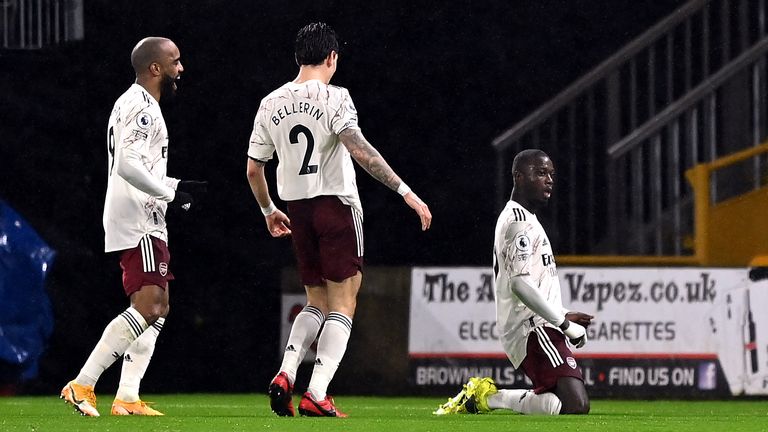 “Regarding Folarin Balogun, this is a name that keeps coming up – they’ve been having talks supposedly since November, and Arsenal keep saying he wants to stay, and they want to keep him – but we’ve had no movement there, and there is reportedly plenty of interest from other clubs.

“He is the man I think they need to tie down. Nketiah hasn’t really made the place his own – he comes in and out, plays cup games, but he probably isn’t the guy Arsenal win pin their hopes on going forward.

“I think Aubameyang and Pepe will be a part of that front three going forward, and a battle between the other young players. Who will stake their claim? Some big decisions for Arteta to make in the coming months. 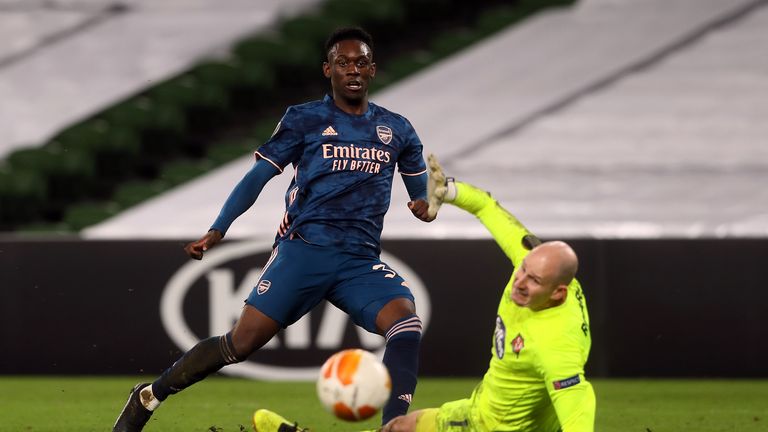 “I know some people aren’t convinced by Nicolas Pepe, but we put a lot of pressure on big-money signings, they come into a different team, a different culture, and expect them to hit the ground running. Does he deserve a bit more time to find his feet? Because he has shown glimpses.

“Because they had so many issues with players going into their final year of their contract, they had a policy not so long ago where they were not going to let players go into the two years of their contract. That seems to have gone out of the window.”

Challenge ahead for Arsenal hierarchy “This is interesting and I think Arsenal need to be careful here. They have a history of misusing players, or players misusing the club, when it comes to their contracts.

“These are players they spent £200m on and hardly recuperated a penny back either through their contract running out or not selling them at the right time, or their valuation just plummeting while at the club. It’s not a good look.

“Now they’ve done some hard work in January in easing the wage bill with Sokratis, Mustafi, Sead Kolasinac and of course Ozil but there will be more challenges in the summer with the attacking players we’ve mentioned.

Aubameyang back on song

“I think the first goal said it all – he was confident enough to stick a few stepovers in there, and then he expertly used those two Leeds defenders as a wall. He knows the goalkeeper’s weight is going onto his left so he shoots to his right. It’s proper forward play, and that’s the quality he has.

“Arteta I think was very clever in playing him central against Leeds, particularly because against Leeds you’re going to get chances. Lacazette has actually been one player who benefitted from the up-turn in form around the new year so to drop him in this game was a gutsy move from Arteta, who I think is quite a bold manager and not afraid to put his foot down, as we’ve actually seen with Aubameyang in the past.

“Arteta said Aubameyang has looked back to normal in training, too, so all the signs are positive.

“Positionally, I think, there’s always going to be a claim for Aubameyang to start out wide because of the way he led Arsenal to the FA Cup last season from out there, but I think those games do cloud judgement slightly – his goals in that semi-final and final were actually proper striker’s goals.

“The key is touches in the box for Aubameyang, and although he can be quality from wide, he’s most deadly in the box. I wouldn’t be shoe-horning him out wide for anyone.”

Tags: Arsenal's, attack, future
You may also like
Latest Posts