Pierre-Emerick Aubameyang failed to register a single shot in an Emirates Stadium match for the first time in his Arsenal career in the Gunners’ shock 3-0 loss to Aston Villa on Sunday.

The north Londoners were humbled 3-0 in their own backyard by high-flying Villa as Arsenal were handed their fourth defeat of the season by Dean Smith’s side.

Aubameyang, who is still without a home goal this season in all competitions, started on the left-hand side of a front three with Willian and Alexandre Lacazette, with the Gunners pair also failing to have an impact on Sunday night. 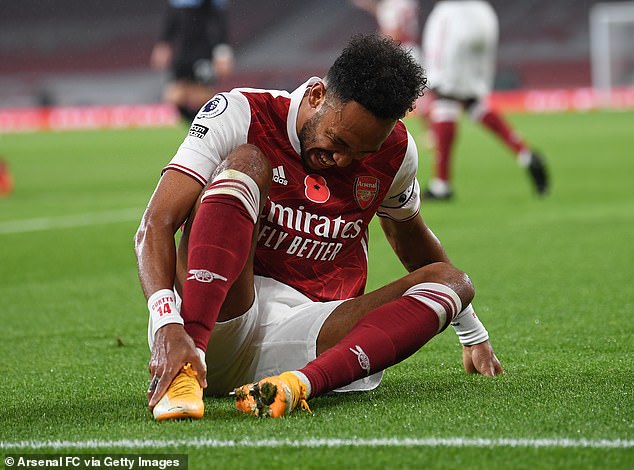 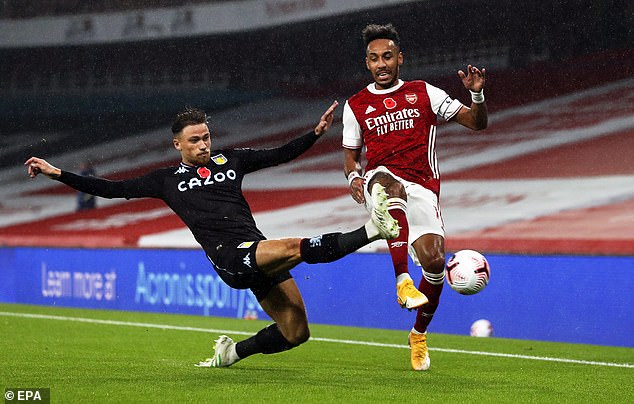 Arsenal manager Mikel Arteta hinted at a possible positional change for the Gabon forward, who could be moved into a central striking role after the November international break.

Speaking in his post-match press conference, Arteta said: ‘It (Aubameyang’s position) depends on the games, depends on who he’s surrounded with. There’s a very strong possibility to play him as a No 9.

‘If you’re asking me about another player I’d say we have to do some confidence work, with Auba I don’t that’s the case.’ 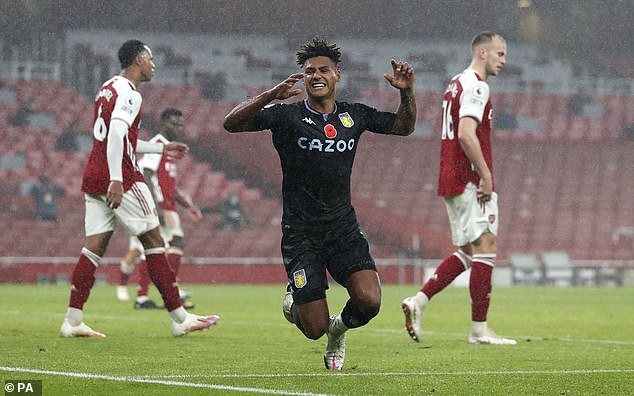 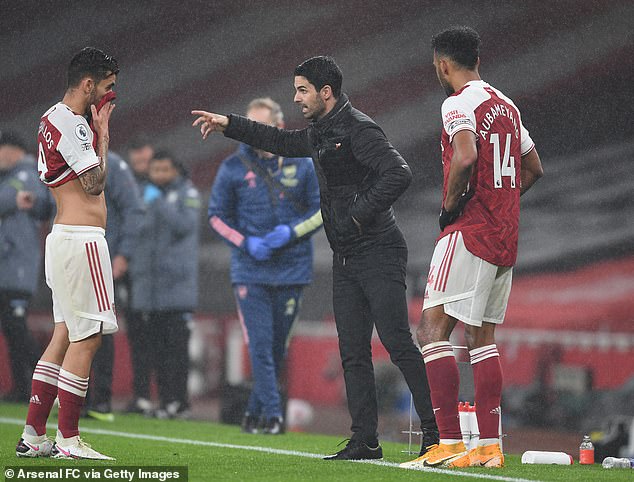 Aubameyang has scored just two Premier League goals since the start of the season on September 12, with the 31-year-old ending a six-game goal drought in the win over Manchester United last weekend.

The forward, who signed a new £250,000-a-week contract at the start of the season, netted a penalty at Old Trafford to seal Arsenal’s first win at the home of their fierce rivals since 2006.

That goal, however, is the only time the Gunners have found the net since their last international break in October, with Arteta’s squad failing to score from open play in over a month. 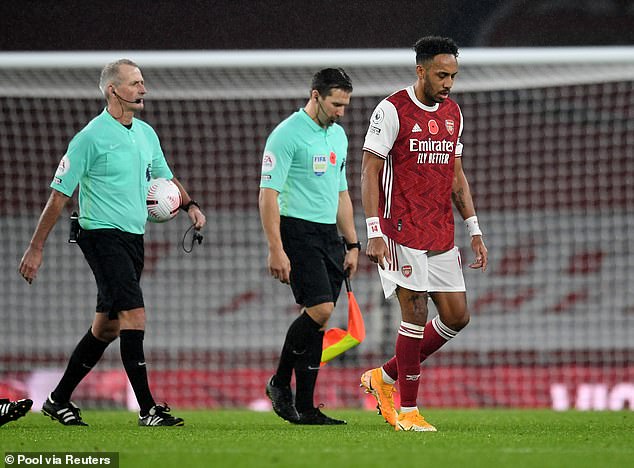 Arsenal fired blanks against Manchester City and Leicester City in their two league matches before the Old Trafford victory at the start of the month.

The north Londoners have fared better in the Europa League and have three wins from three in the group stages against Rapid Vienna, Dundalk and Molde.

Aubameyang has been Arsenal’s top goalscorer in each of the last three seasons and has netted 74 goals in 118 games since arriving in the winter of 2018.

Tags: Arsenal's, Pierre-Emerick
You may also like
Latest Posts