Mikel Arteta says supporters have sent out the strongest message football has ever seen this week, leading to the collapse of the controversial European Super League.

Arsenal were one of six Premier League clubs who had signed up to the venture, which began falling apart just two days after it was announced when the top-flight sides dropped out following a huge backlash from the game’s authorities, fans and rival clubs.

And Arteta believes the way the ESL plans unravelled highlighted the enormous power of supporters. 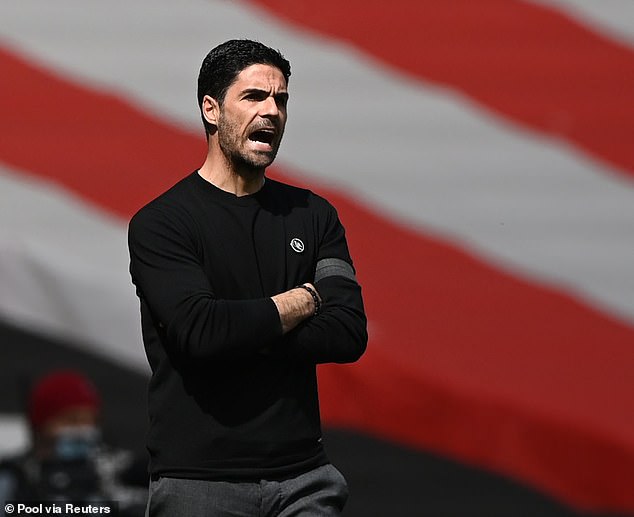 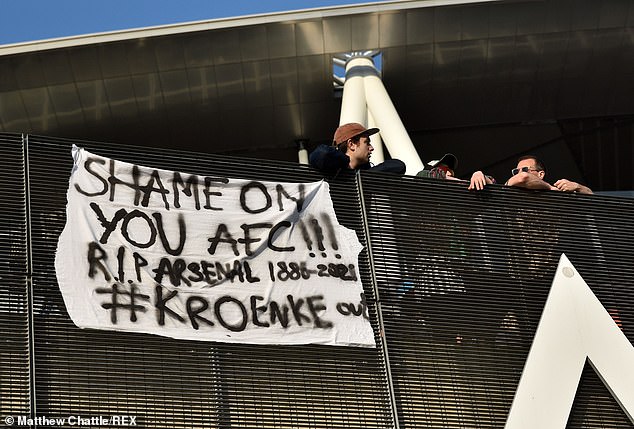 The Spaniard said: ‘I think this has given big lessons and it shows the importance of football in the world. And it shows that the soul of this sport belongs to the fans – and that’s it.

‘During this pandemic, for a year, we have been trying to sustain this industry with no fans in the stadium.

‘But, when the fans have to come out and talk, they’ve done it really loud and clear, and they sent probably the strongest message that has ever been sent in the football world.

‘And every club, leaving their interests apart, has done the right thing – which is, they are the ones (the fans), we have to listen to them, we put it aside and in 24 hours we kill the project. So that is a massive statement for the history of football.’

Details about the ESL began to emerge as Arsenal took on Fulham last Sunday. 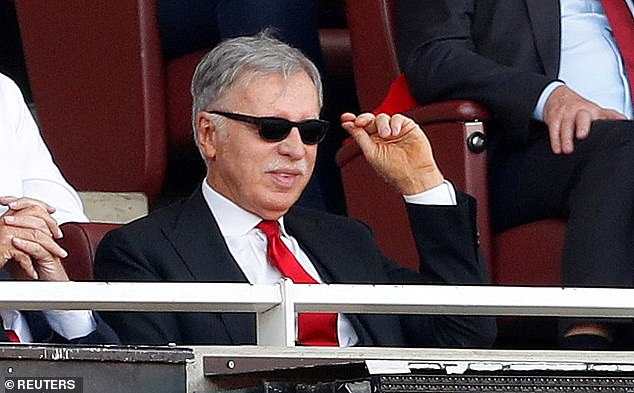 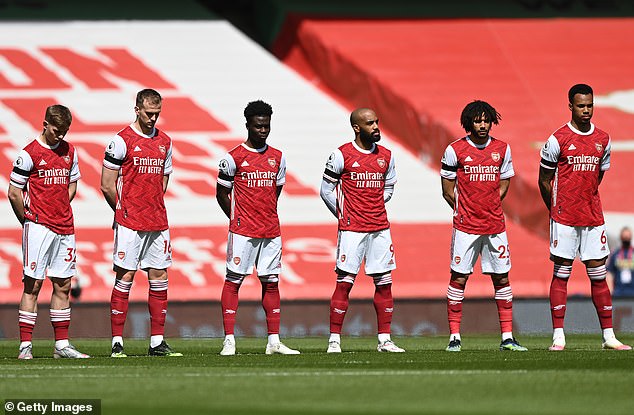 Arteta said: ‘I found out just a little bit before the news was leaked. And then everything was completely out of control and the world reacted in a really unified manner. There was not really time to think about it, reflect and evaluate or anything because by the time that was out, a big tsunami already came onto it and basically killed it.

‘Vinai [CEO Vinai Venkatesham] spoke to me and explained a little bit what was happening. He was very clear and transparent with me. I understand the reasons why we could not know. We were not involved in the decision.’

Arsenal’s board were forced to say sorry to their supporters in the statement confirming they were backing out of the league following the furious negative reaction.

And Arteta confirmed apologies to him and his players came direct from the top of the club.

He said: ‘Starting with Vinai and the ownership and everyone that was involved in the process.

‘All of them had the right intentions to defend the club and put the club in the best possible position for now and for the future but accepting that way it was handled has had terrible consequences and that it was a mistake. 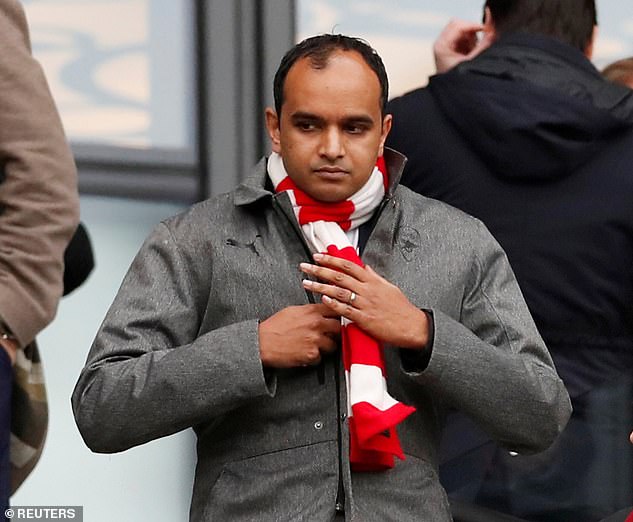 ‘I have to really respect that when people have genuine intentions to do the best for the club and then they can stand up here and apologise.

‘I think the players and the staff and everyone working at the club has to accept that and move on.’

Asked if he had spoken directly to owner Stan Kroenke and son Josh who is also on the board and due to address angry supporters on Thursday, Arteta said: ‘Yes I had some communication with them as well, I spoke with them yesterday.

‘As always, every time we need something and something is happening they are straight away ready to act, to give us the answers they can do, the support they can do and they have done it again.

‘Yes, absolutely [there was an apology]. They have the maximum responsibility to run the football club and that is what they said was: “apologies for disturbing the team, we did it without the capacity to communicate inn a different way earlier and pass on my message to the players” – that is all you can ask for.’

Tags: Arteta, fans, for, hails, sending
You may also like
Latest Posts