Mikel Arteta will wait to see how star striker Gabriel Jesus recovers from knee surgery before deciding on making a new big-name signing in next month’s transfer window.

The Brazil forward underwent knee surgery at the start of the week in London and has been pictured waving a crutch with a big smile on his face despite reports in South America he could miss most of the remainder of the season.

But Arsenal manager Arteta addressed the situation for the first time after watching his side brush aside French side Lyon 3-0 in the opening match of the Dubai Super Cup, in Dubai. 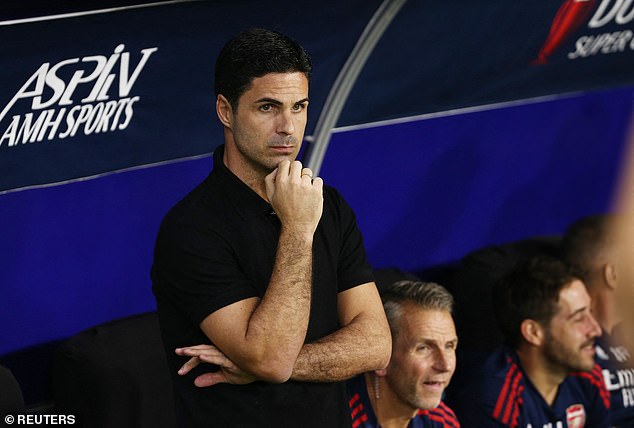 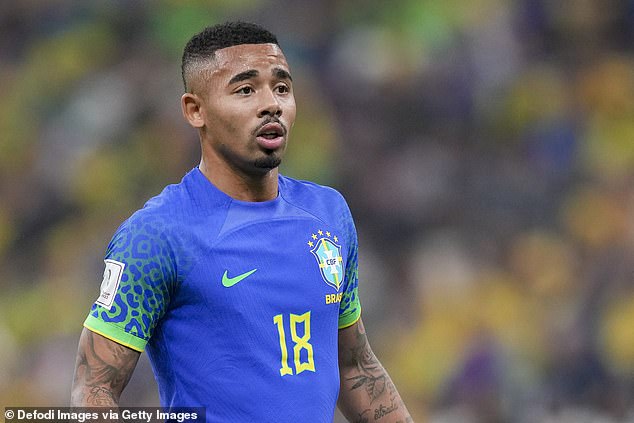 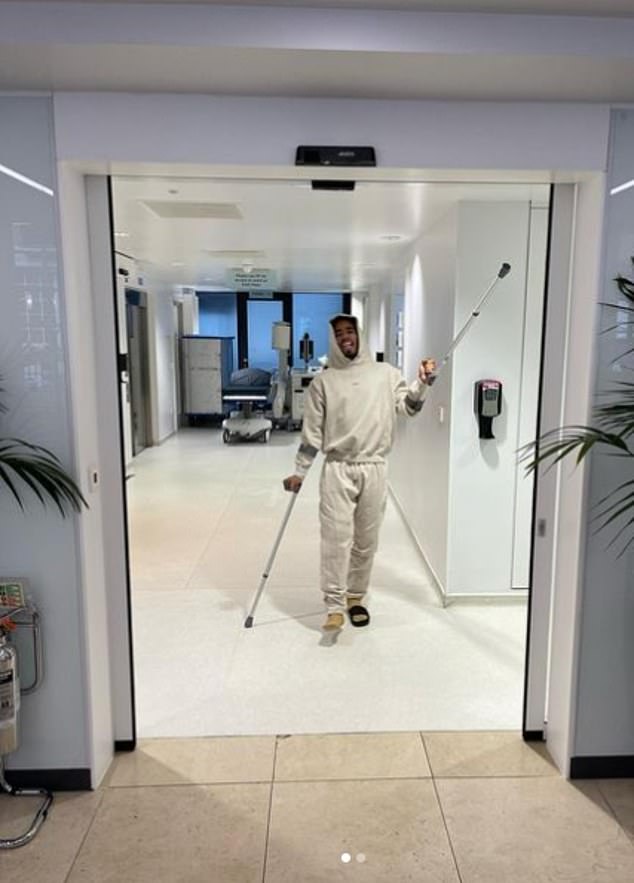 The Spanish coach said: ‘There is no timeline. We know that he needed some intervention in the knee and we have to take day by day, week by week and see where that takes us.

‘Affect transfer plans? What it affects is who we are as a team because he gives us so much. What we can do after that when we know the timescale better and we know when we can have him back we will look at the options and try to make the right decisions.

‘I feel my squad is really good, and unfortunately we’ve had injuries, but we will see what we can do to be stronger.

‘We have a lot of players, we have a lot of academy players. We have the players who can give us the performances and the consistency to maintain or improve from where we are.’

Eddie Nketiah is Arteta’s only other senior striker of note. The English forward started in Jesus’s absence in the opening game of the Dubai Super Cup that also features AC Milan and Liverpool. 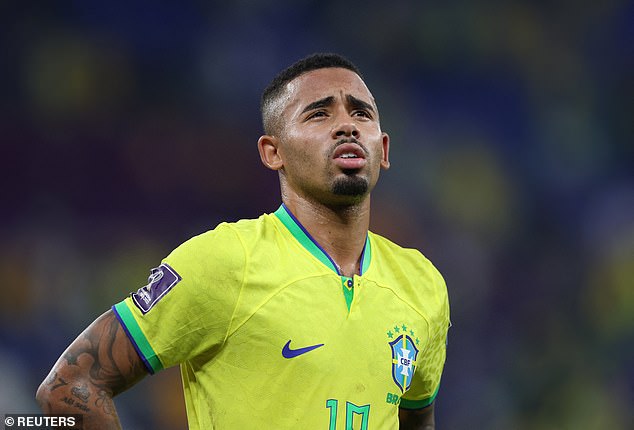 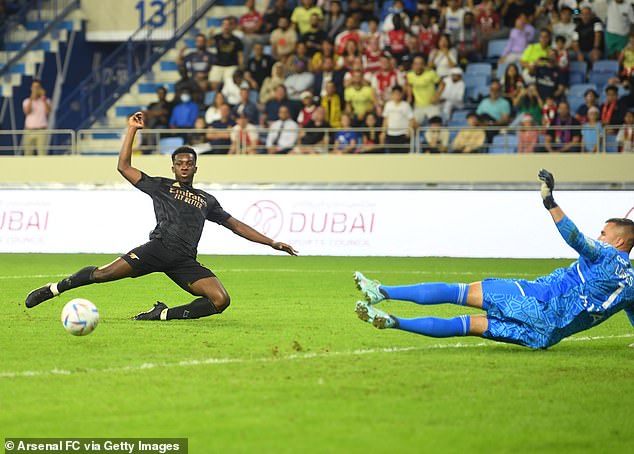 He got on the scoresheet too. The others came from defender Gabriel Magalhães and midfielder Fabio Vieira before Arteta made wholesale second half changes to give some youth players a chance to show they have what it takes to step up into the youngest first team squad in the Premier League.

Arsenal will play AC Milan and host Juventus in London before they resums gtheir Premier League title attempt on 26 December at home to West Ham.

Arteta concluded: ‘I don’t know how the World Cup will impact things. It’s a new experience for everybody. We’ve tried to prepare in the best possible way.

‘This camp here is very important to do that and it’s very important as well to get the players who have participated in the World Cup in the best way as quick as possible.’ 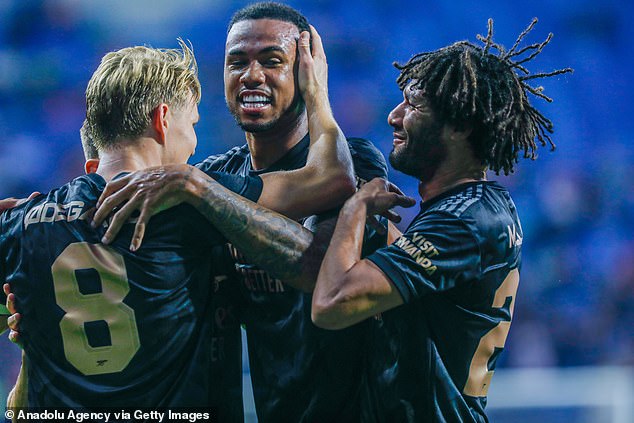