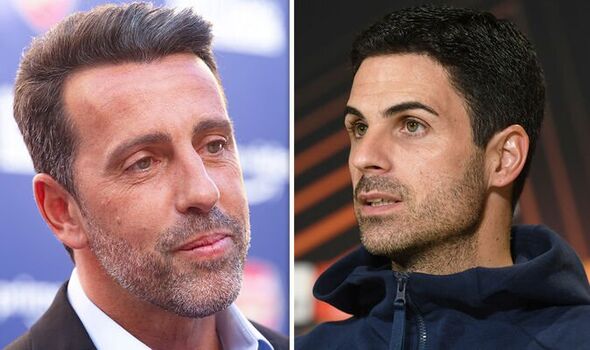 Arsenal manager Mikel Arteta has again made it clear he feels his squad is not deep enough. In a message to Gunners transfer chief Edu, Arteta has expressed “we don’t have that many players”.

Arsenal currently sit top of the Premier League table, two points clear of reigning champions Manchester City. They need just a point against PSV Eindhoven this evening to secure top spot in Group A of the Europa League.

However, playing every three or four days could be catching up with the north Londoners. Their second-half performances against Leeds and Southampton recently showed a clear drop off, culminating in a disappointing 1-1 draw at St Mary’s.

Arsenal travelled to Eindhoven on Wednesday and Arteta was asked at his pre-match press conference about his team selection in the competition so far. Arsenal have fielded relatively strong XIs but Arteta insists he has no other choice.

He replied: “We don’t have that many players! We bring the players that we have and we have brought four kids with us so we cannot even make up the squad, but we need to put 11 players out and they need to play – we cannot change those 11 players every game.”

With the January transfer window around the corner, perhaps Arteta is hoping technical director Edu will have a busy month. Arsenal have already been linked with a host of targets heading into the winter window and have reportedly set aside £50m to splash out on new players.

The Gunners have just 21 first-team outfield players but have been without Mohamed Elneny and Emile Smith Rowe for much of the season, while Oleksandr Zinchenko remains on the sidelines with a calf issue. Arteta has therefore perhaps played the likes of Granit Xhaka more often than he would have wanted this season.

Edu and Arteta have built up a strong relationship since the pair arrived at the club six months apart in 2019. Edu has been linked with other teams in Europe but Arteta hopes his sidekick stays.

He said: “I hope that he stays here for a long time because I think it’s going to be a really positive thing for the club. I’ve worked with him really well and I think he’s a super important figure at the club that represents all of the values and ideas that we want to take the right way, and hopefully that will be the case.

“There is a lot happening at a football club and he has a huge role, but he has a really good way of communicating with people and managing a lot of things that happen daily, so for me and for the team he’s really important.”