Liverpool’s Arthur Melo continued to build-up his fitness as he looks to make a mark in Jurgen Klopp’s first-team squad, with a run out in the Under 21’s 1-0 Papa Johns Trophy defeat to Rochdale.

The Brazilian moved to Anfield in the final hours of deadline day, signing on a season-long loan from Juventus to help ease the Reds midfield injury crisis.

However, after being frozen out in Turin, the 26-year-old suffered a disjointed pre-season where his fitness has suffered, and has only managed one appearance for the first team since joining Liverpool. 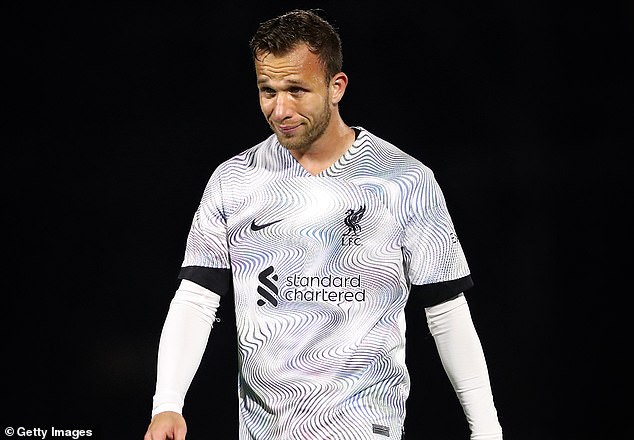 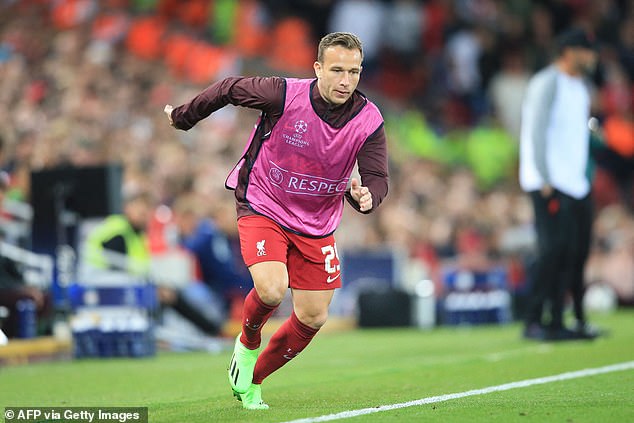 Last weekend Melo played 90 minutes in the Under 21s 2-1 win over Leicester, and he continued his road to full fitness on Tuesday evening, as the youngsters lost to the  League Two side.

The former Barcelona man lasted 60 minutes at the Crown Oil Arena before being replaced by a fellow senior pro, and one no stranger to Liverpool, former midfielder Jay Spearing.

Spearing, who played 55 times for the Reds after coming through the academy, is back at his boyhood club in a player/coach role.

Primarily to gain coaching experience, the 33-year-old is still eligible as player, but many are still getting used to seeing him back at his old stomping ground. 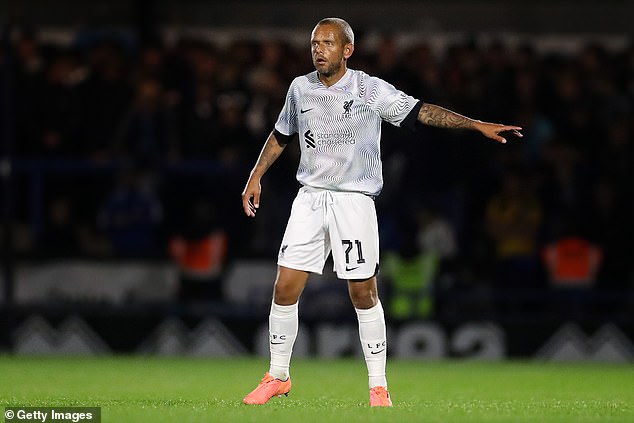 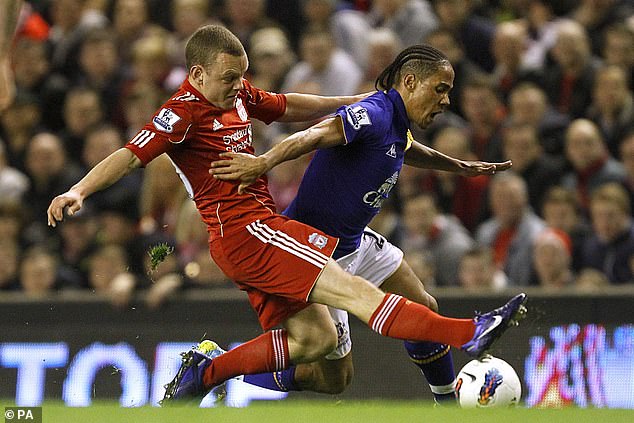 The substitution raised eyebrows across social media, but the move back to Anfield was one Spearing couldn’t resist.

‘The first couple of weeks for me was about breaking down walls with the boys and speaking to the lads to let me on their side and to trust me,’ Spearing said about his duel role.

‘Once those barriers were broken, the football came easily, and I started to gain relationships on and off the field with the boys.

We are now working on individual things and helping them get better. It has been an absolute honour to put on the crest and wear the red kit again. It just feels like home and there’s not one bad word I could say about it.’