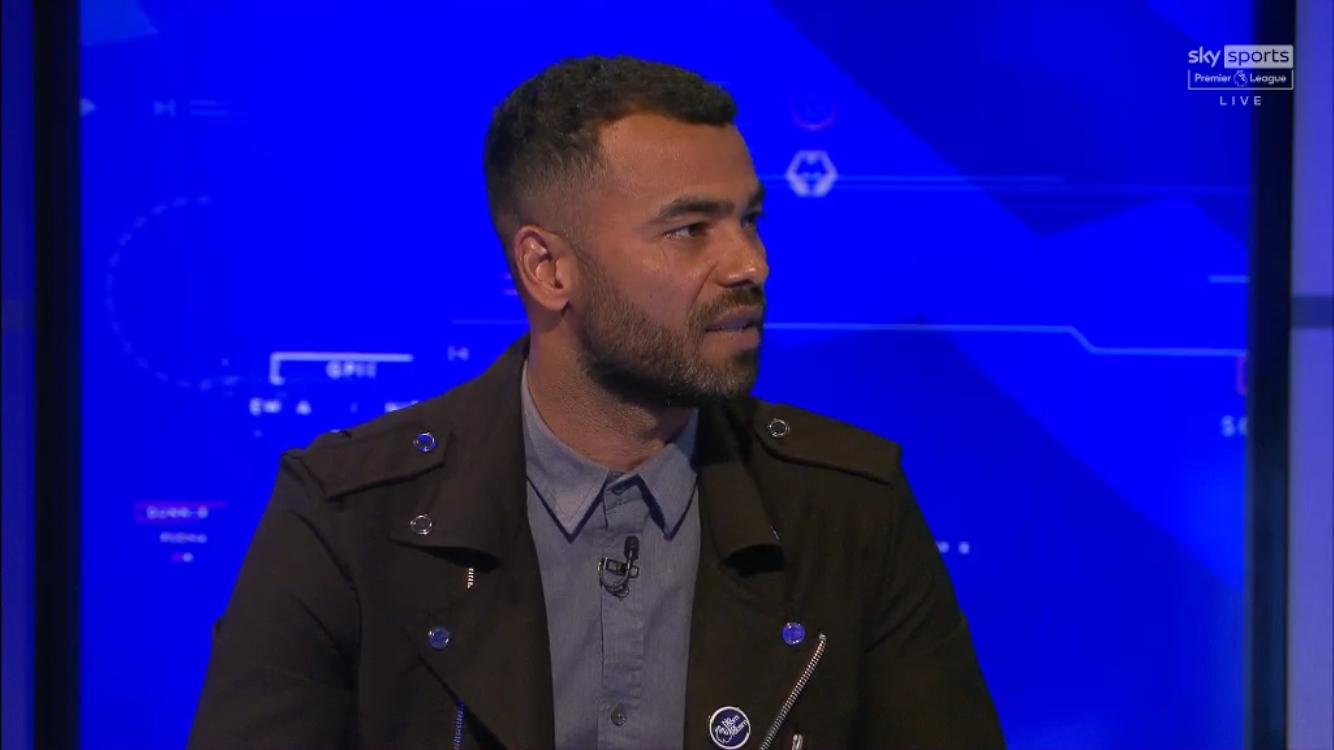 Werner has scored 11 goals in 47 appearances this season, failing to hit the heights he reached at RB Leipzig since joining Chelsea for around £48million.

Havertz has endured an even more frustrating campaign at Stamford Bridge, although he produced a superb performance during Chelsea’s 2-0 victory over Fulham on Saturday, scoring twice to double his tally in the Premier League.

‘I really think he [Werner] is underrated,’ Cole told Sky Sports. ‘Yes, he’s missed some big chances and some big opportunities but as a coach and a manager you look at whether players are getting into the right spots.

‘The way Thomas Tuchel wants to play and sets the team up, he’s pivotal in that with the way he runs into space and creates space for players like [Mason] Mount.’

On Havertz, Cole added: ‘We saw glimpses of his quality against Crystal Palace [in a 4-1 win last month]. He gets into areas where he can face players up and go at them.

‘He’s another one who came with a big expectation. People and fans are a bit unfair with price tags but hopefully we’ll see the real benefits of his qualities next season.’

Havertz scored either side of half-time as Chelsea clinched a routine victory over relegation-battlers and west London rivals Fulham at Stamford Bridge.

Speaking after the win, Havertz said: ‘I think it was very important. We have to come in the top four of the Premier League, that is our goal for the season and this win today is crucial for us.

‘I scored very early so it gave me a little bit of confidence, it is always good to score and I’m happy to help the team. I hope I can continue like this on Wednesday.’

Follow Metro Sport across our social media channels. For more stories like this, check our sport page.