Aston Villa reveal ‘spectacular vision’ for the redevelopment of Villa Park by releasing CGI images of proposed future stadium – with plans to expand the capacity beyond 50,000 and build a new north stand

Aston Villa have officially unveiled their ‘spectacular vision’ for a planned redevelopment of Villa Park, as they continue their ambitious plans for the future.

The club has revealed the first images for the venue and hope to expand it to beyond 50,000 capacity, including a stunning redevelopment of the North Stand, the introduction of a commercial hub on the stadium footprint and an inner-city academy.

The pictures released on the club website and out on social media to outline the impressive works that will take place. 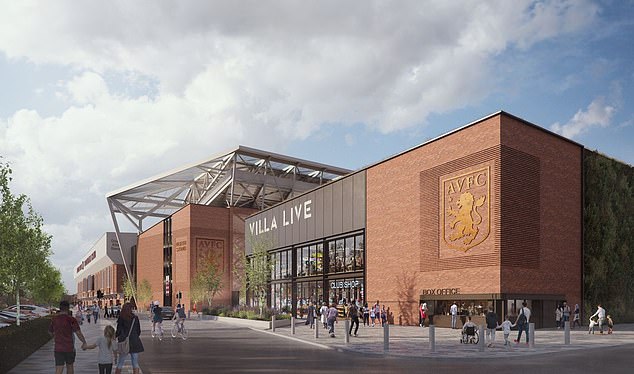 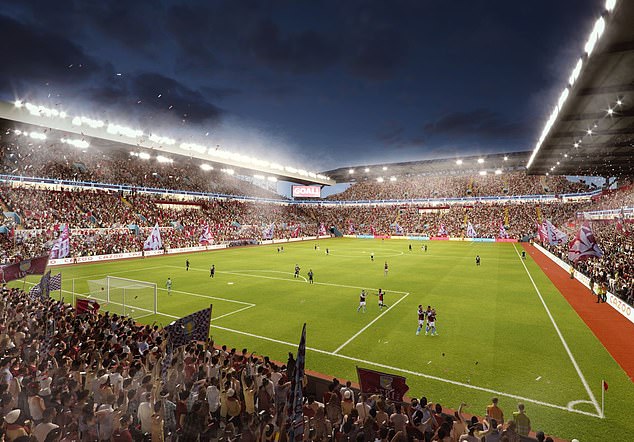 The proposals will see the capacity of Villa’s stadium expand beyond 50,000 in the future

The move follows a public pre-planning application consultation that ran throughout June and July, in which nearly 10,000 residents and businesses, stakeholders and fans had their say on the plans.

Villa Park’s North Stand was previously known as the Witton End and completed in 1977.

The new proposals include a new two-tiered stand and upgrades to the Trinity Stand which could potentially seat an extra 7,500 fans. 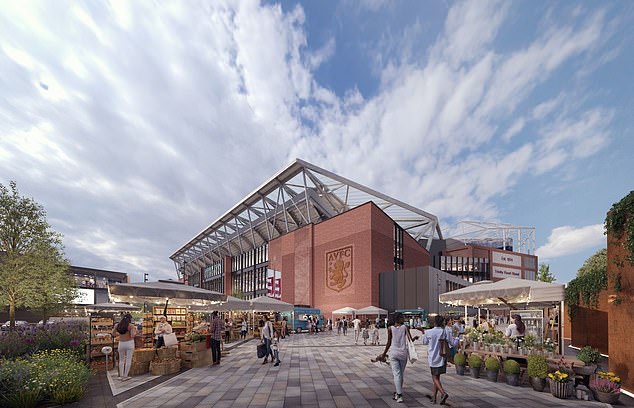 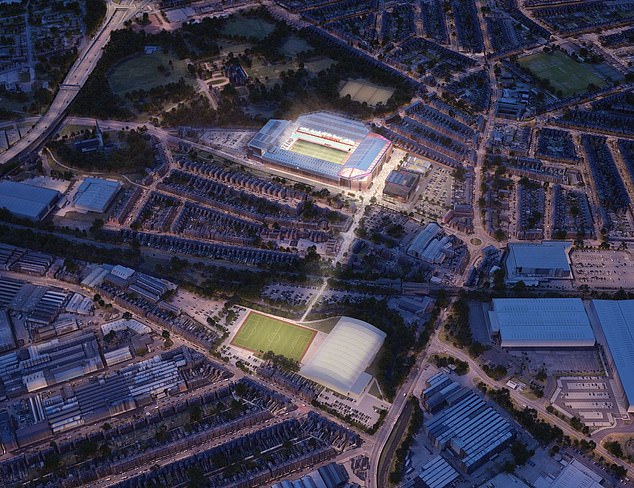 The current capacity of Villa Park is 42,785 with a waiting list of over 25,000 for season ticket holders, therefore the expansion should help them cope with the ticketing demand, while also ensuring the venue is included in any successful Euro 2028 bid.

The work will be the first major redevelopment to take place at the stadium since the Trinity Road Stand was rebuilt in 2000.

Aston Villa CEO Christian Purslow said: ‘Following a successful consultation period, we are pleased to announce that we will be submitting our proposals for the redevelopment and expansion of Villa Park at the end of the month. 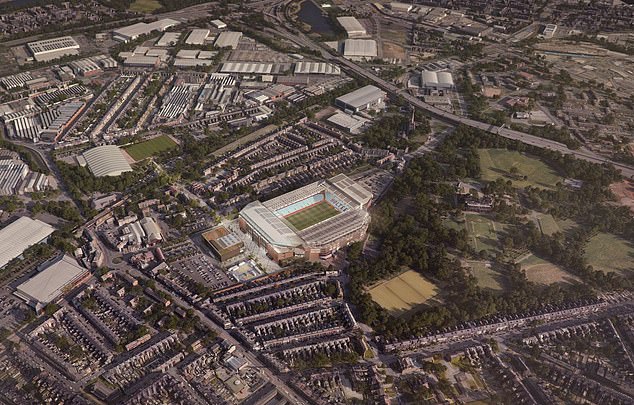 ‘We have received a hugely positive response from the local community, our supporters and other stakeholders and are confident that this project will transform both the stadium and the local area.

‘These new CGI images showcase our spectacular vision for Villa Park which includes a brand-new commercial destination, Villa Live and high-quality public space for the community.

‘We look forward to continuing to work with all partners to realise our future vision.’