Jack Grealish isn’t allowing himself to get carried away with seeing his name linked with some of the biggest teams around Europe. The 24-year-old has already experienced a lot for someone so young.

As a teenager he burst onto the scene with immediate praise and adulation coming his way and talk of a big-money move elsewhere.

That soon stopped though as Aston Villa were relegated the following season.

Slowly but surely, Villa worked there way back to the top flight with Grealish playing a huge role, maturing into an exciting talent.

Now in the Premier League for a second time and Grealish is once again hitting the the headlines for his performances.

JUST IN: Man Utd boss Solskjaer explains how Fernandes has impressed him 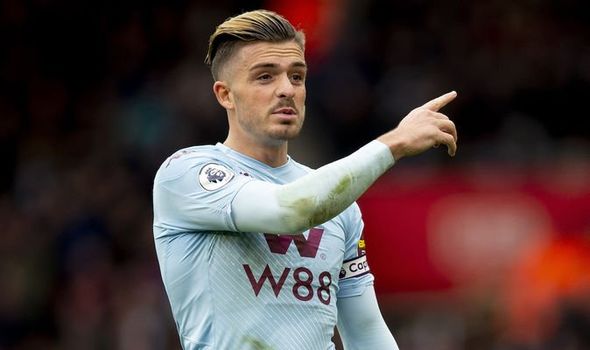 He has helped lead Villa to the EFL Cup final and has kept them with a chance of avoiding relegation.

But Grealish isn’t allowing thoughts of a possible move to Manchester United or Liverpool distract him.

“Of course it’s nice,” he told the Express and Star.

“Who doesn’t like to be talked about in a nice way?

When Man Utd think Paul Pogba can return from injury

“But, to be honest, I try and take everything with a pinch of salt.

“I had it all five years ago when I broke through and I was getting talked about a lot.

“I was 19 years old, going online reading about myself and I couldn’t believe it.

“I was in the papers all the time and they were asking: ‘Is this the new big thing?’

“Then just one thing goes wrong and it all comes down on you like a ton of bricks.

“It is nice to read and nice to listen to, but I don’t let it get to me too much, because I know how quickly it can change.”