Dean Smith’s side are looking to inflict more misery on the Baggies, who sit second bottom of the table and are edging closer towards relegation to the Championship.

However,  a victory will put Sam Allardyce’s team level on points with Fulham and they would close the gap on Brighton to seven points with five games to play.

The Premier League table as it stands. Villa can go above Arsenal and level on points with Leeds with a victory. West Brom can go level with Fulham and close the gap on Brighton to seven points. 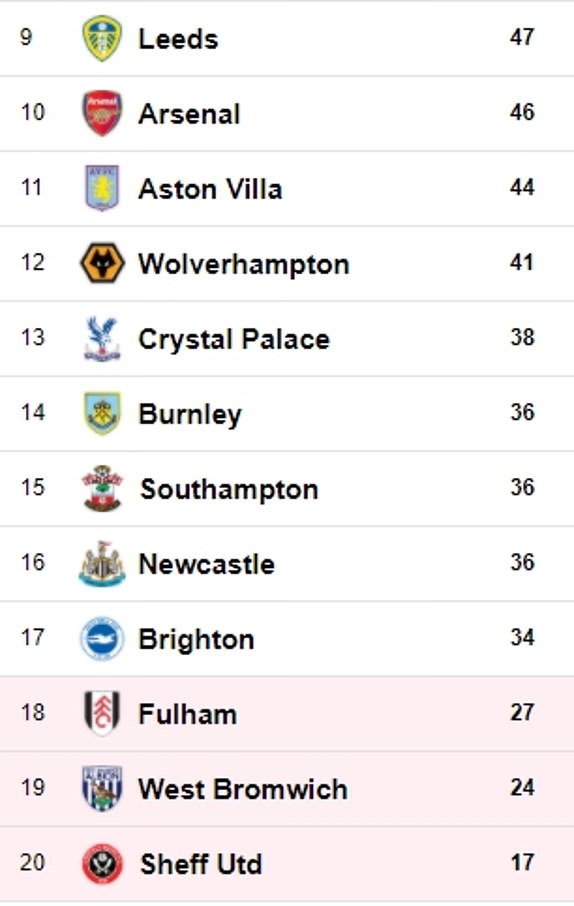 Over a year after picking up that serious knee injury against Burnley, Wesley returns to the matchday squad for Dean Smith’s side. He’ll be hoping to get on at some point this evening.

Two changes for each team. Ahmed Elmohamady comes in for the suspended Matty Cash while Ross Barkley replaces Marvelous Nakamba.

Semi Ajayi and Conor Gallagher come in for Dara O’Shea and Matty Phillips.

Hello and welcome to our live coverage of Aston Villa v West Brom. It’s a big game for Sam Allardyce’s side, who are looking to keep their survival hopes alive. Villa will want to inflict more misery, however. Team news will be with us very shortly!

Tags: -, Aston, Brom, Pre, Villa:, vs, West
You may also like
Latest Posts