Atalanta boss Gian Piero Gasperini has revealed that he jokingly told Cristiano Ronaldo to ‘go to hell’ after the Manchester United forward denied his side all three points with stunning late equaliser on Tuesday.

Ronaldo scored both United’s goals in a 2-2 draw against Atalanta that keeps Ole Gunnar Solskjaer’s side top of Group F, including a dramatic 92nd-minute equaliser. His latest heroics arrived after scoring a later winner to hand United a 3-2 comeback win against the Italians at Old Trafford two weeks ago.

On Tuesday, the Italian side had just a few more minutes to keep United at bay in Bergamo to see out what would have been a famous victory but from out of almost nothing, Ronaldo smashed in a sublime volley to snatch a point at the death. 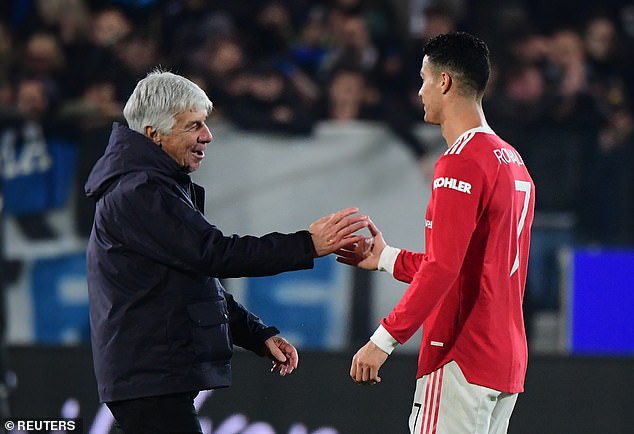 It was a cruel end for Atalanta and their manager Gasperini, given how late Ronaldo’s second equaliser was, but the 63-year-old insisted there were no hard feelings towards the forward.

Gasperini and Ronaldo were even seen arm in arm at the final whistle, with the Italian revealed that he was even able to share a joke with Ronaldo as they walked back to the changing rooms.

‘At the end of the match, I spoke with Ronaldo,’ the Atalanta head coach told Sky Italia. ‘He’s an incredible player, some even call him a problem. 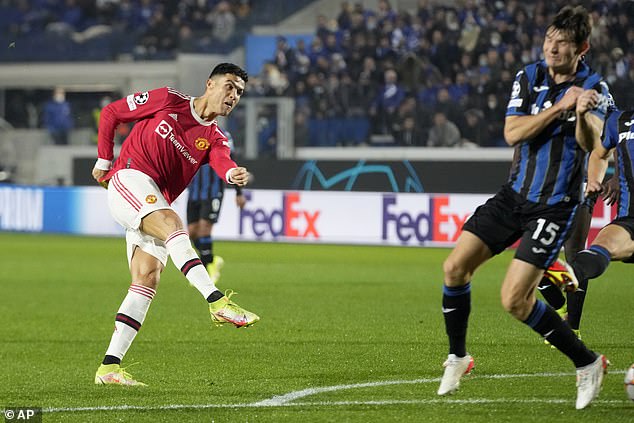 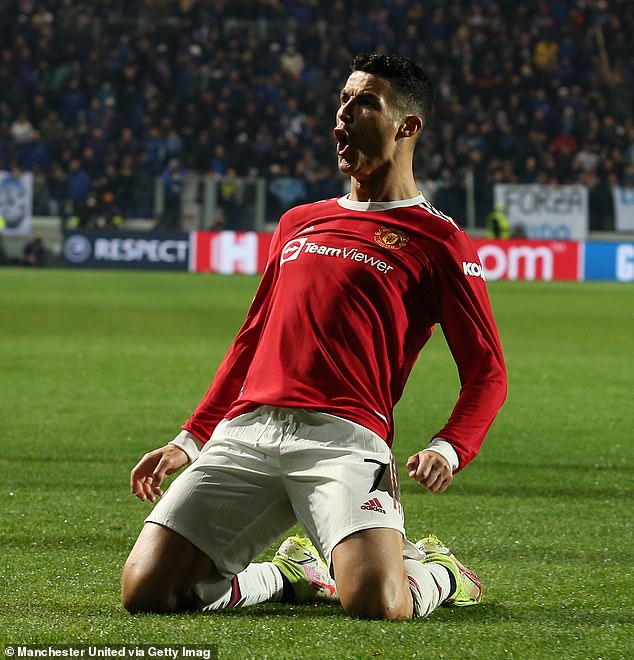 Gasperini added: ‘Cristiano is just incredible. If there is anyone you want a chance to fall to… and it’s a difficult chance.

‘He keeps his eye on the ball and his technique on that volley is incredible.’

The Italian boss insisted that he was happy with his side’s performance against United, although held some regrets with what transpired in injury time.

‘It was a fantastic evening, with a lot of fans against a big team and we had a great match,’ Gasperini added.

‘Of course, we could have won so we are 80 per cent happy and 20 per cent regret having conceded in injury time. 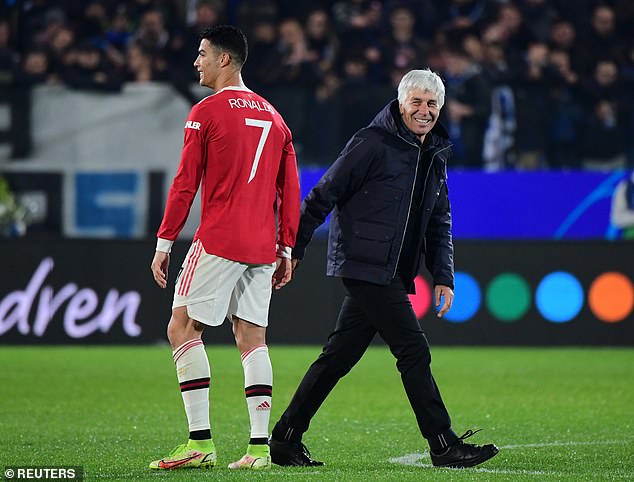 ‘It would have given us a boost towards the next round, but we are still fully in the running.

‘Luckily, qualification is still in our hands even if we have two very difficult matches ahead with Young Boys and Villarreal.’

Ronaldo has scored in all four Champions League games in group F so far, with five goals in total including his double on Tuesday, and has a further four goals from seven Premier League outings.