Athletic Bilbao 2-1 Atletico Madrid: Inigo Martinez strikes late winner to condemn Diego Simeone’s side to loss… meaning Barcelona can go top of LaLiga should they beat Granada in their midweek game in hand

La Liga leaders Atletico Madrid’s title bid was derailed again as they were beaten 2-1 at Athletic Bilbao on Sunday by a late goal from Inigo Martinez, offering Barcelona the chance to go top of the table next week.

Martinez’s bullet header from a corner in the 86th minute delivered a knockout blow to Atletico, who had pulled themselves level with a Stefan Savic header in the 77th to cancel out Alex Berenguer’s ninth minute opener.

Atletico lead the table but third-placed Barca, who beat Villarreal 2-1 earlier on Sunday, can take over first place if they beat Granada on Thursday in their game in hand. 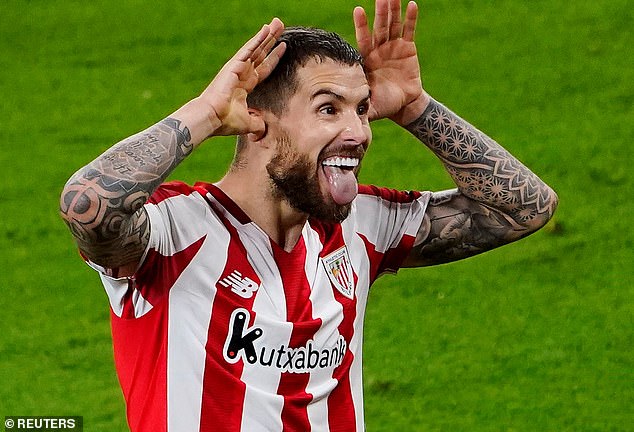 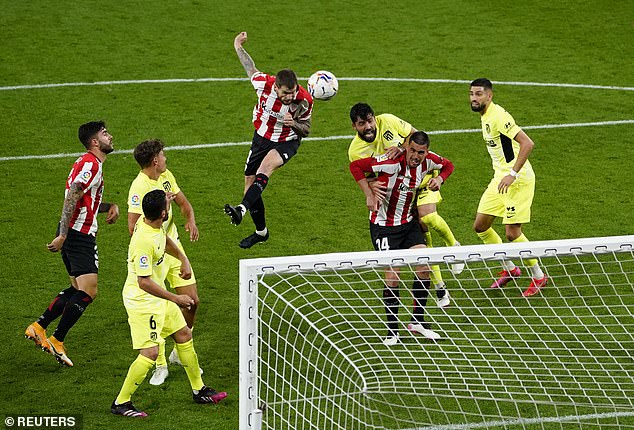 ‘We’re devastated,’ said Atleti captain Koke. ‘We looked to get back in the game in the second half by any way possible, we drew level then they got the winner from a set piece.

‘We just have to keep going and try to win our next game, we badly need to do that.’

Champions Real Madrid are second after being held to a 0-0 draw at home to Real Betis on Saturday. Atletico visit struggling Elche next before a blockbuster game away to Barcelona on May 8. 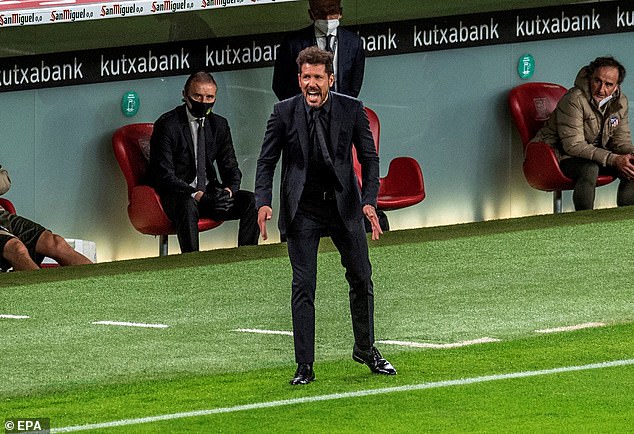 ‘We’re still fighting for the title and we believe we can win the five games we have left,’ added Koke.

After a poor run of results allowed Real, Barca and Sevilla back into the title race, which had looked like Atletico’s to lose, Diego Simeone’s side calmed their nerves with back-to-back wins over struggling Eibar and Huesca.

They faced an Athletic side without a win in any competition since March 7 and who lost two Copa del Rey finals this month, being hammered 4-0 by Barcelona in last week’s showpiece.

But Athletic looked closer to the energetic and intelligent side seen in their first few weeks under coach Marcelino. 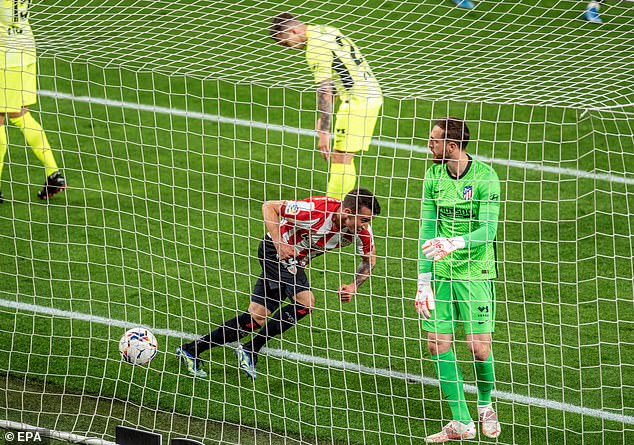 Berenguer put them in front with a diving header from close range, reacting quickly after Ander Capa’s cross took a huge deflection off Atletico defender Felipe.

They missed several chances to increase their lead before halftime against a passive and disjointed Atletico. 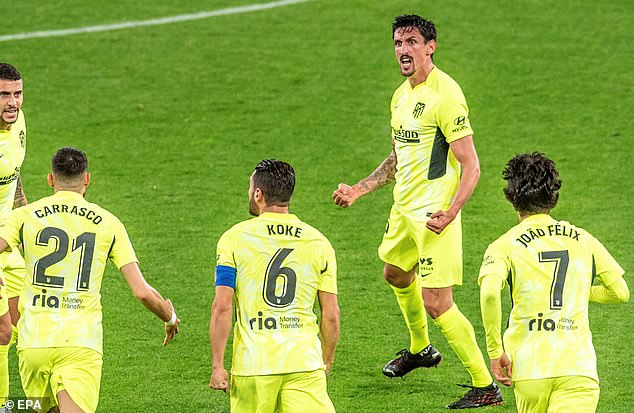 The changes gave Atleti more urgency and led to them dominating most of the second half but they still lacked a cutting edge and struggled to contain Athletic’s counters.

The hosts should have doubled their advantage when Jon Morcillo burst up the left flank and found striker Oihan Sancet, who blazed his shot over the bar.

Atleti got a lifeline when Athletic keeper Unai Simon misjudged Yannick Carrasco’s corner and Savic rose to head home, but they could not build on the momentum and Martinez had the final say to increase the pressure on the league leaders.