Pep Guardiola confirmed that Manchester City will be without Aymeric Laporte until at least September.

Laporte was carrying a knee problem towards the end of last season’s run to a fourth Premier League title in five years.

The Spain international underwent surgery over the summer and did not travel on City’s tour of the United States. Guardiola’s side kick off their campaign against Liverpool in Saturday’s Community Shield. 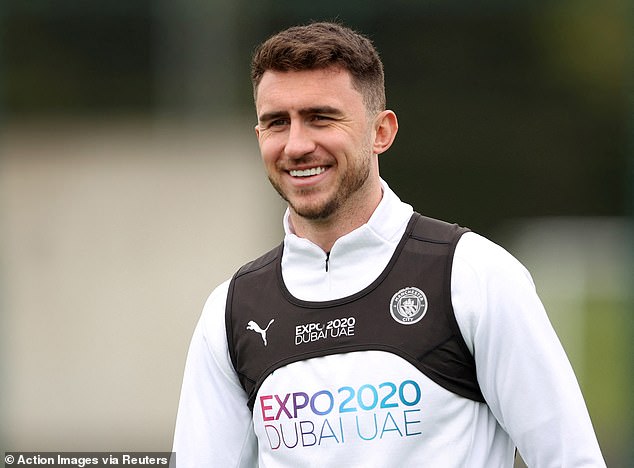 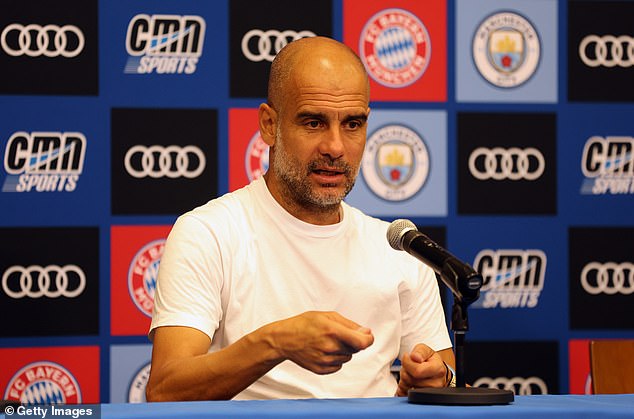 ‘Laporte is injured. He had knee surgery after last season, played the last two or three games with an important injury and made an incredible effort,’ Guardiola said.

‘So far he is doing really well but you have to be careful with a knee. I think he will be out for August, September I think maybe he will start to be with us.’

John Stones also missed the US trip, with Nathan Ake and Ruben Dias having played against Bayern Munich in the club’s final friendly.

Ake has been namechecked as a potential solution at left back should City fail to land a replacement for Oleksandr Zinchenko, who departed for Arsenal. 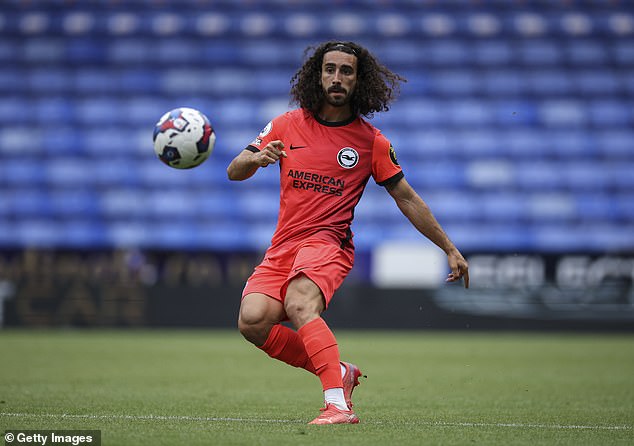 Brighton’s Marc Cucurella has handed in a transfer request as he attempts to force a move through to the Etihad Stadium but City do not want to stretch to the £50million asking price.

‘He is a Brighton player, I cannot say anything else,’ Guardiola added. ‘If a left back is possible yes if not we stay with what we have. We have enough players who can play there, Joao can play there. Nathan, Josh [Wilson-Esbrand]. I never complain about the squad I have.’