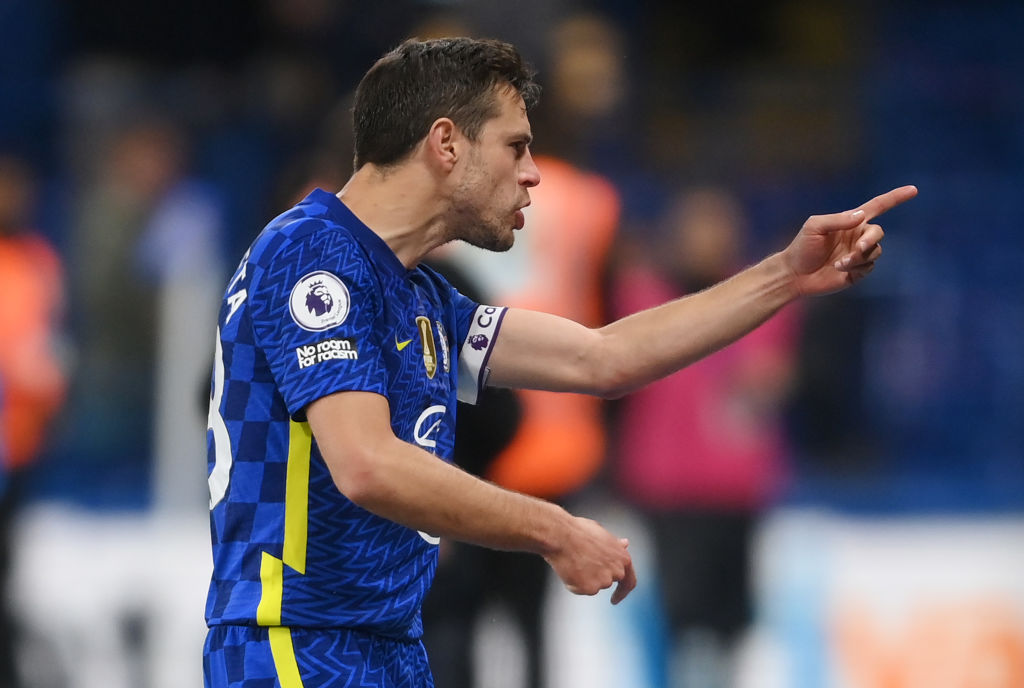 Chelsea captain Cesar Azpilicueta was involved in an angry exchange of words with fans at the end of the surprise defeat to Arsenal on Wednesday night, but manager Thomas Tuchel says he can understand why the fans were fuming.

The Gunners travelled to Stamford Bridge on the back of three straight defeats but they turned things around in style at the home of the European champions.

Two goals from Eddie Nketiah, one from Emile Smith Rowe and a late penalty from Bukayo Saka proved too much for the Blues, who struck through Timo Werner and Azpilicueta in the first half.

The Spaniard’s action for the night did not end at the final whistle, though, as he approached fans and got into what looked like a heated argument.

Tuchel did not know what was said, but he was sympathetic to supporters being angry with his side.

‘I was not part of it. I saw it, but honestly, I can understand the fan,’ Tuchel said.

Going into more detail on how annoyed he was with the defeat, Tuchel included himself in the criticism, but hit out more at the ‘dramatic mistakes’ his team produced.

‘Second half was nowhere good enough,’ he said. ‘They changed their tactics three times, we changed, but also I include myself not on the highest level.

Asked what he will do as a coach to bounce back from this loss, Tuchel was blunt, saying: ‘I don’t know. Actually I don’t know.’