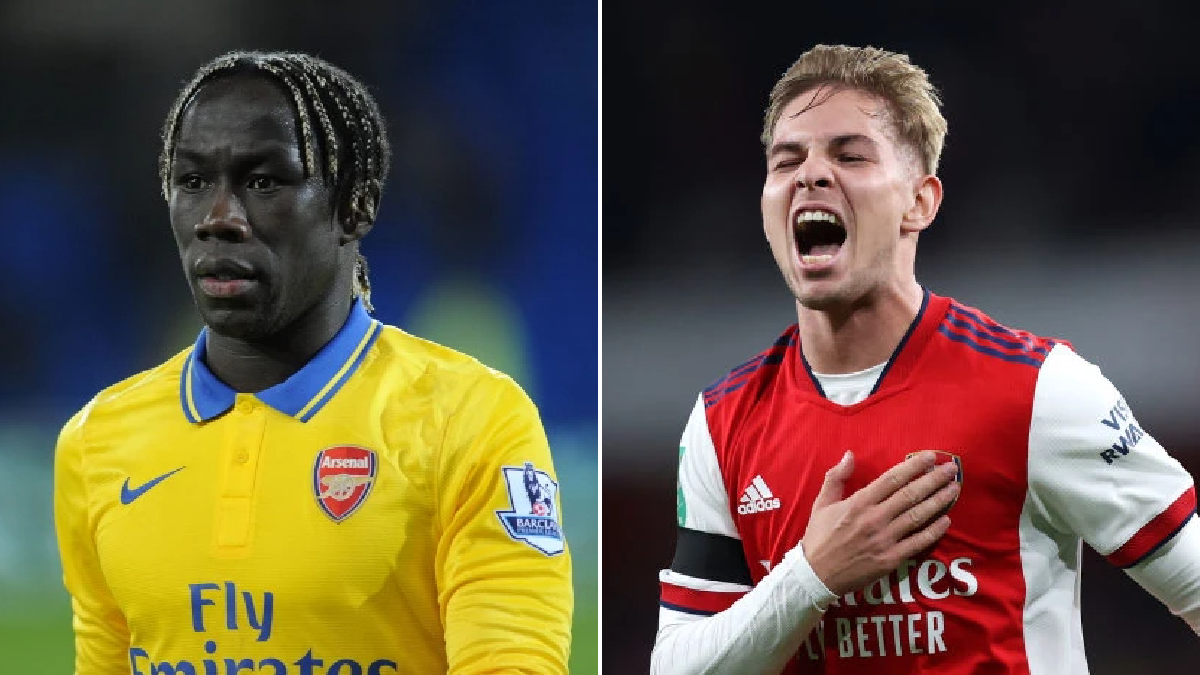 Bacary Sagna has revealed the one doubt he had about Arsenal midfielder Emile Smith Rowe at the beginning of the season.

Smith Rowe has been in sensational form for the Gunners so far this season, having already picked up four goals and two assists in the north London club’s opening 11 Premier League matches.

Those performances helped him earn his first call-up to Gareth Southgate’s England squad for the most recent World Cup qualifiers against Albania and San Marino, starting and scoring against the latter in a comprehensive 10-0 victory.

When signing a new long-term contract at Arsenal in the summer, the 20-year-old boldly asked to wear the No.10 jersey for the upcoming campaign, a shirt previously worn by club legends such as Dennis Bergkamp, Robin Van Persie, Jack Wilshere and Mesut Ozil.

And former Arsenal and Manchester City right-back Sagna has admitted that he thought the decision to wear such a prestigious jersey would turn out to be a mistake.

‘He’s been amazing. He’s been impressing me a lot. Initially I wasn’t sure about Arsenal giving him the number 10, I thought it was a bit early, but he’s mature for his age and shown he deserves it,’ he exclusively told Metro.co.uk via freebets.com.

‘Sometimes when you have players wearing the No.10, they think they’ve made it already and I was worried about him having too much pressure, and how he would deal with it.

‘Playing for Arsenal isn’t easy and with his responsibilities now for the national team, it could be a lot. But he’s been brilliant for the club, in all aspects of the game, he doesn’t hide on the pitch.’

Smith Rowe will be looking to continue his momentum when the Gunners host fourth-placed Liverpool in the Premier League on Saturday.