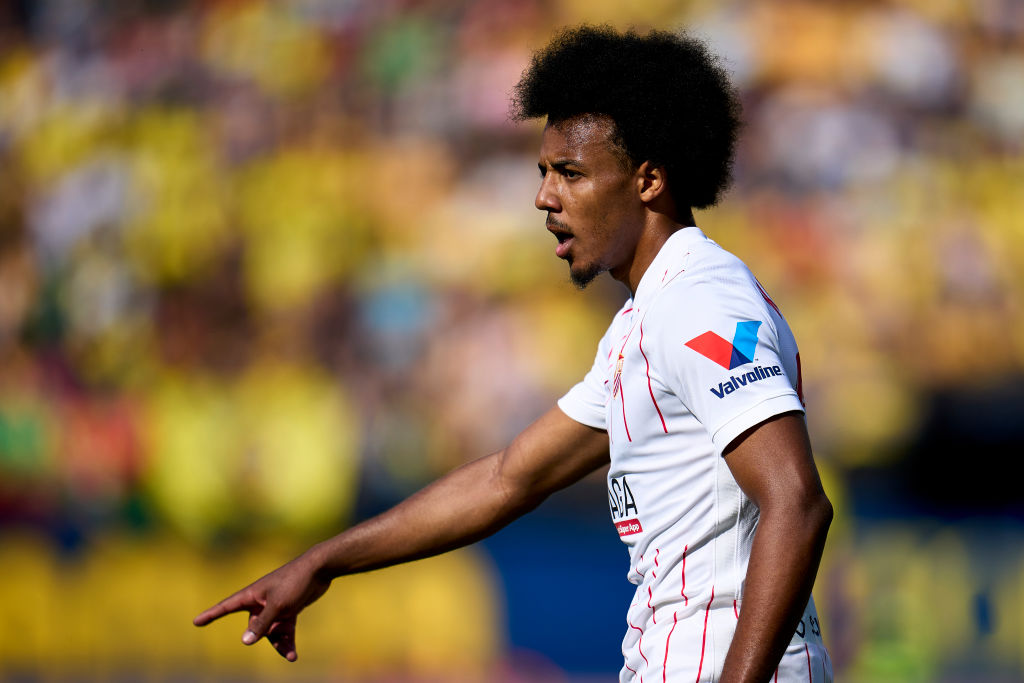 Barcelona have agreed a four-year deal with Jules Kounde and believe they can wrap up a deal for the Sevilla defender this coming week.

Chelsea had been confident of landing the France international with the Blues in desperate need of reinforcements at the back following the departures of Antonio Rudiger and Andreas Christensen.

Thomas Tuchel’s side appeared close to sealing a £55million deal on Friday but Barcelona are now reportedly set to hijack the deal with Xavi playing an instrumental role in persuading Kounde to reject a move to Samford Bridge.

According to SPORT, Barcelona have now agreed personal terms with the 23-year-old committing to a four-year deal at the Camp Nou.

The report adds Barcelona hope to complete the transfer this coming week. While Barcelona’s offer will fall short of the £55m bid tabled by Chelsea, they plan to pay their entire fee up front and believe Sevilla will accept their terms.

While Xavi did not directly respond to questions over Barcelona’s bid to sign Kounde, the Barcelona boss insisted ‘we are trying to reinforce all positions, that is what we are doing’ following the pre-season win over Real Madrid in Las Vegas.

According to AS, Xavi has already spoken to Kounde, telling the defender he plans to make him a key member of first-team this season.

The report claims that Kounde is ‘flattered and excited’ by Xavi’s message and has given Barcelona’s head coach his word that he will wait for the Spanish club to agree a deal with Sevilla.

Chelsea meanwhile have already signed Kalidou Koulibaly from Napoli this summer but Thomas Tuchel wants to sign at least one more defender.

Following Sunday’s 4-0 thrashing to Arsenal in Florida, the Blues boss once again re-iterated the need for the club to make more new signings in the coming weeks.

‘My analysing of the season does not change because of this game. Unfortunately, it proved my point. The last week proves my point. I would absolutely prefer not to be right. I did everything to prove myself wrong but at the moment I feel that I was right,’ Tuchel said.