Xavi believes Mohamed Salah is the key to his Nou Camp rebuild, and Barcelona are reportedly set to launch a serious effort to wrestle the Egyptian away from Liverpool.

Salah is in the form of his life and so far has replicated his incredible 2017/18 season, with a run of 15 goals in 15 games stoking talk that he’s the best on the planet right now.

Barcelona have appointed Xavi to replace Ronald Koeman and take on the monumental task of rescuing the club from sliding into mediocrity, and he knows Salah’s arrival would be a major boost. 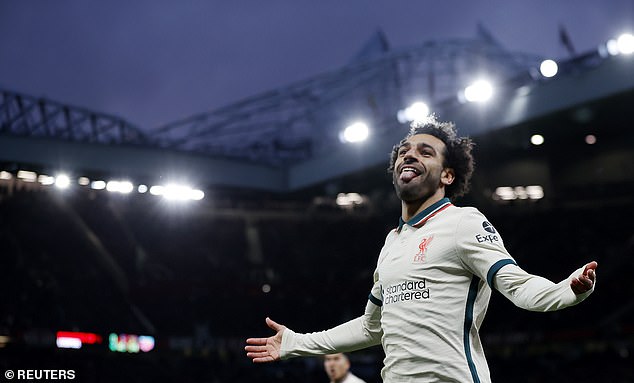 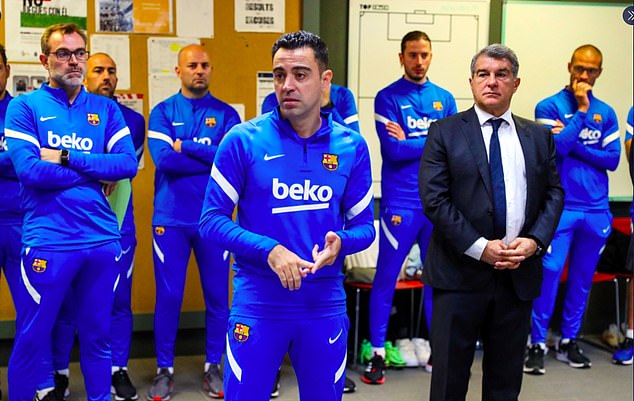 The Catalans lost Lionel Messi in the summer and a talismanic figure of Salah’s ability could relieve some of the pressure. Xavi wants Salah to fill those iconic boots ‘at all costs’, according to El Nacional.

The Egyptian’s contract runs out in the summer of 2023, meaning the Reds must sell him next summer to attract the huge bids Salah is worth. Otherwise, they risk letting him leave for free.

Jordan Henderson, Virgil van Dijk and Andy Robertson are among the Reds’ world champion heroes who have been tied down to new long-term deals, but talks with Salah have repeatedly stalled thanks to his astronomical monetary demands

Watching the forward rip Premier League defences apart in the first 11 games of the season, the Reds are coming around, and could be willing to make him their highest paid player. 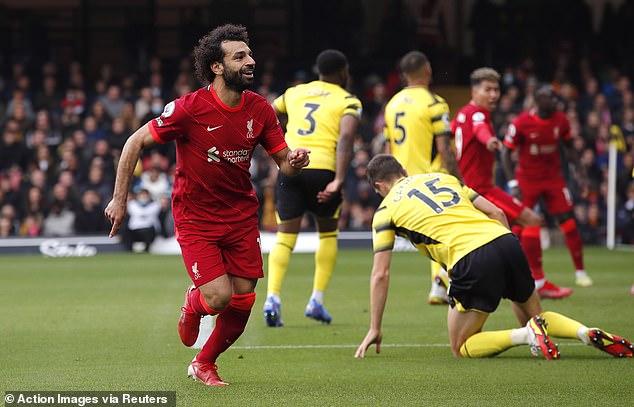 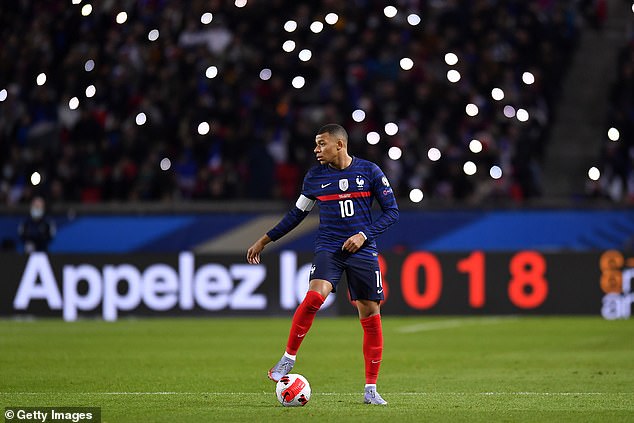 Real Madrid are pushing to sign Kylian Mbappe, which could be a huge threat to Barcelona

Xavi and Barcelona won’t give up that easily though, with new president Joan Laporta keen to atone for a disastrous summer which saw Messi and Antoine Griezmann leave.

The legendary midfielder is a fan of Salah’s, praising him following the 2019 Club World Cup final: ‘Salah is one of the top 10 players in the world right now and always gives his best performance.

‘I’ve watched him in the final, he is a great player and deserves to get the best player of the tournament award.’

Barcelona also have the Real Madrid factor to consider, with Los Blancos closing in on a potentially era-defining Kylian Mbappe transfer.

The Frenchman’s arrival in Madrid and the continued slide over on Spain’s east-coast could hand Real the opportunity to dominate LaLiga.