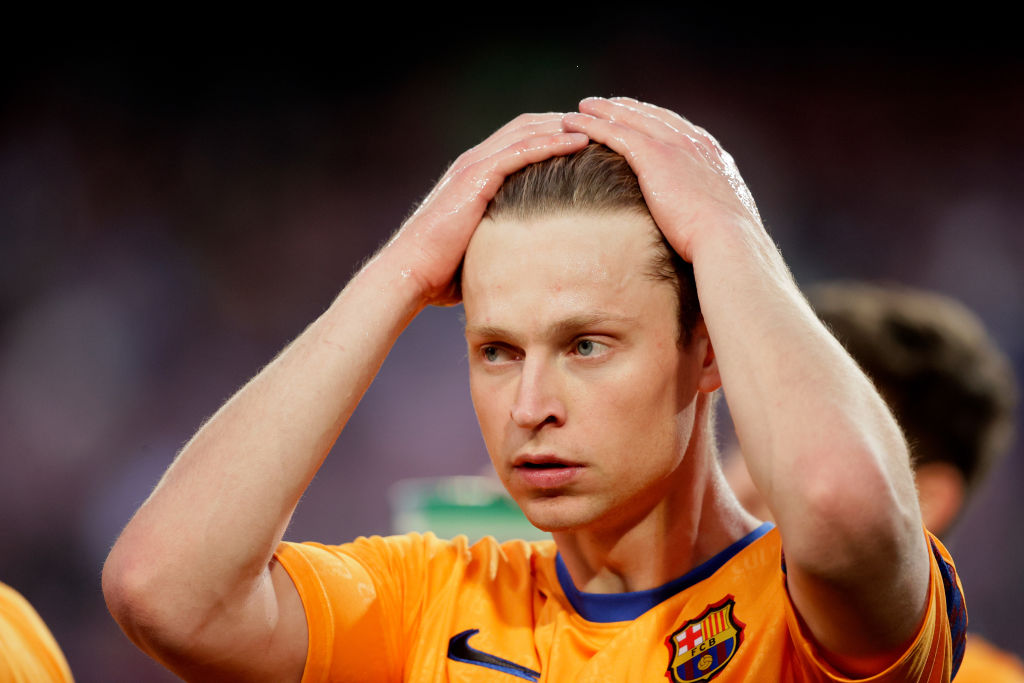 Barcelona officials have met with Frenkie de Jong and asked him to accept Manchester United’s offer after the two clubs finally agreed a fee, according to reports in Spain.

After weeks of intense negotiations, United have agreed to pay a fee of £63million up front plus a further £10m in various bonuses and add-ons.

However, the transfer saga still has a long way to run with De Jong far from convinced about moving to Old Trafford – particularly given that there is no Champions League football on offer.

The 25-year-old is happy and settled in Barcelona and would like to remain at Camp Nou, while he does not believe a move to United is in the best interests of his career.

But Barca’s hierarchy consider the transfer a necessity given their financial fair play situation and, according to Mundo Deportivo, spoke with De Jong on Thursday to underline their predicament.

It was made clear to the Dutchman that he needs to leave for the benefit of the club, with his departure allowing Barca to register new signings and target new players.

Although Barcelona have agreed a deal for Raphinha and signed Ousmane Dembele up to a new contract, neither player can be registered with La Liga yet.

Barca still need to raise more funds and De Jong’s departure would solve a lot of problems, and the club have now told the Netherlands international that they would prefer him to accept United’s offer and leave the club.

They have made it clear that it is not a sporting decision but a financial one and Xavi still rates him highly, but the Barca coach is happy to go along with the board and sacrifice the midfielder.

Whether Barcelona’s frank conversation is enough to push De Jong towards Old Trafford is another matter, with the midfielder very unhappy with how he has been treated so far.

His agent, Ali Dursun, is thought to be fuming with Barcelona’s hierarchy and is pushing the former Ajax star to leave the club and join United – though he still remains reluctant.

De Jong is also believed to have spoken with Erik ten Hag on several occasions – his old manager in Amsterdam – and despite some promising chats would still prefer to stay playing Champions League football in Barcelona.

There is another issue preventing the deal from happening, with Barcelona reportedly owing De Jong as much as £17m in unpaid wages – something he would want paid up in full given how he has been forced out.