Barcelona ‘plot mass clear-out of club’s old guard’ as part of Joan Laporta’s revolution – with ‘Jordi Alba, Sergio Busquets, Sergio Roberto and even Antoine Griezmann among those at risk of the chopping block’

A revolution at Barcelona may be in the offing this summer in the form of a mass clear-out of many of the club’s old guard, according to reports.

President Joan Laporta is said to be preparing an overhaul following a disappointing season for the club both domestically and in the Champions League – and some of the stars set to be sacrificed are long-term servants.

AS claim that the likes of Jordi Alba, Sergio Busquets, Sergio Roberto and even Antoine Griezmann could be placed on the chopping block. 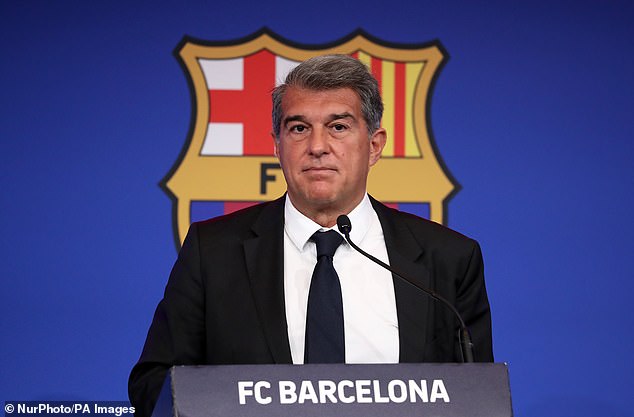 The report says that the plans of Laporta, who was voted in to replace Josep Bartomeu in March, have now started to be put in motion just days after the campaign wrapped up.

One of his motions appears to be geared towards freshening up the team available to the manager, although current coach Ronald Koeman may also be joining some of his players out of the exit door over the coming weeks.

Left back Alba has been with Barcelona since 2012, and has won an array of major trophies during his time at the Nou Camp. However, time looks to have run out for him, and a move to Atletico Madrid could be on the cards. 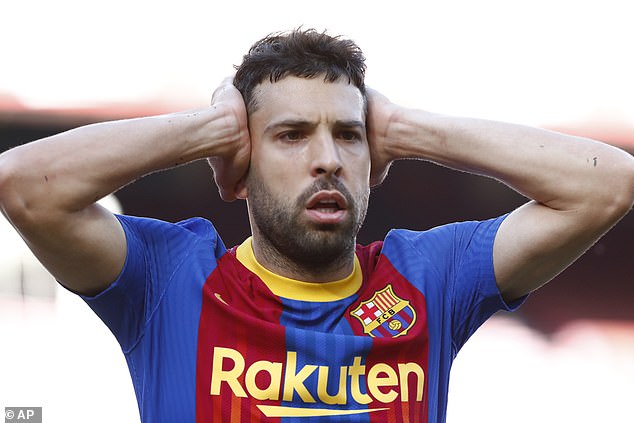 Sources are said to have told AS that Atletico, the newly-crowned LaLiga champions, have tabled an offer for Alba in an attempt to lure him to them in a similar fashion to Luis Suarez.

It is believed that Atletico have denied that any approach has been made, but the club are indeed looking for another left back.

Also at risk of leaving Barcelona is Busquets. Despite it appearing that the silky defensive midfielder would retire at his current team, the situation at the Catalonian outfit has rendered him expendable.

Sensationally, Bayern Munich have been tipped by the same outlet to move in for Busquets this summer, and it is said that the Bundesliga giants may even be able to complete the deal for free. 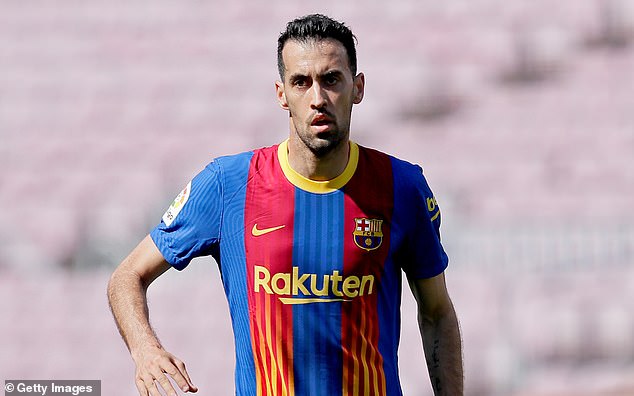 Griezmann is another player identified as one who could potentially leave. Despite finishing the season in superb form, the French international may be sold in order to help the club partially solve their financial dilemma.

Paris Saint-Germain are the team linked with Griezmann in the event he is made available for transfer, with AS predicting he would form a ‘dream’ attacking trio along with Neymar and Kylian Mbappe.

Liverpool have also been included in the looming transfer drama at Barcelona, with Philippe Coutinho touted with a surprise return to Anfield. A series of injuries have derailed his career in Spain, and Barcelona still owe the Merseyside club payments.

In an attempt to fix the situation for both parties, AS report that Barcelona have made a compromise – with Coutinho to return to Liverpool and the Spaniards paying no more than €50million (£43m) for the deal. 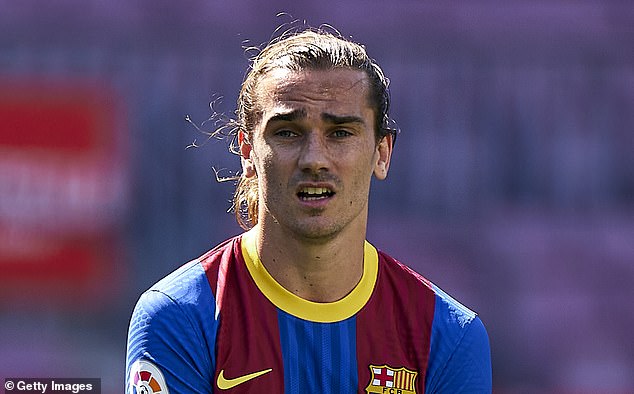 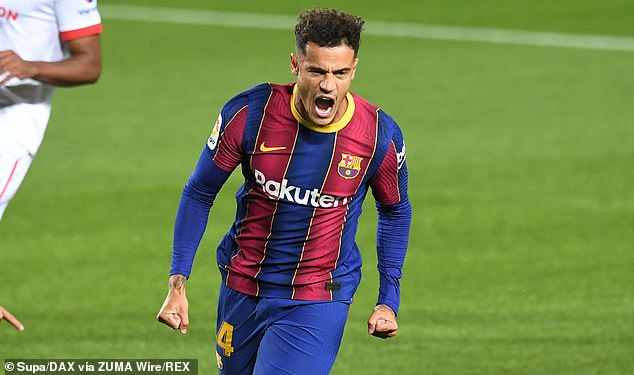 Meanwhile, Ousmane Dembele and Roberto are another two names perhaps on the transfer list. The former has been tipped to move to England, with Manchester United known to have attempted to sign him last summer.

It is not clear whether the Old Trafford hierarchy would be willing to rekindle their interest in the winger, however.

As for Roberto, the versatile player has been heavily linked with a switch to France. Despite there being several teams in Ligue 1 keeping an eye on him, Roberto would be able to stay at Barcelona provided he agrees to at least a 50 per cent wage cut.

These players may be axed as a result of the havoc wreaked on Barcelona’s finances by the coronavirus pandemic. The health emergency, and all its fallout, is believed to have allowed the club’s gross debt to rise to almost €1.2 billion (£1.03bn). 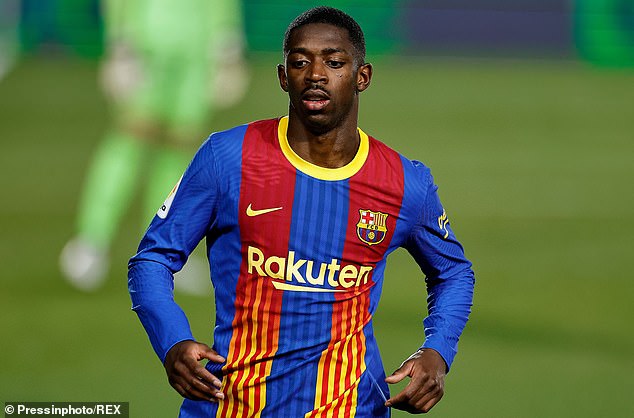 Ousmane Dembele could move to a club in England, AS say, as another name maybe up for sale