Barcelona are reportedly willing to sell Philippe Coutinho for as cheap as £35million as they desperately attempt to recoup some of the initial £106million forked out to sign the former Liverpool man back in January 2018. The Barca board finally landed the Brazilian after having three bids rejected the following August, as Coutinho requested to leave Anfield to pursue his dream move in Catalonia.

He eventually got his way but things simply haven’t gone to play for the playmaker, who has missed a large part of this season with a knee injury.

The highlight of Coutinho’s Barcelona career has in fact been winning the Champions League while on loan at Bayern Munich and he even scored twice against his employers in the semi-finals.

Barcelona tried to offload him last summer but finding a buyer in a market hampered by the financial constraints of the COVID-19 crisis, proved difficult.

Coutinho was explored by both Tottenham and Chelsea in 2019 but eventually stayed put before moving to the Bundesliga on loan. 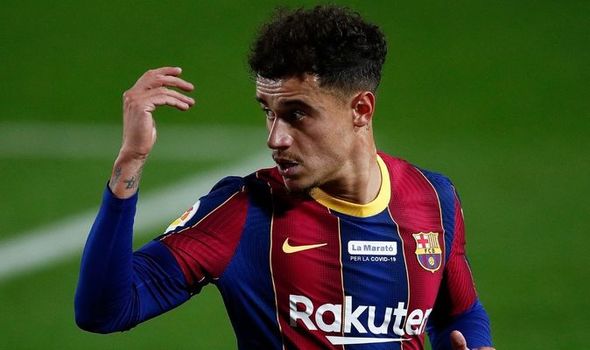 Now according to Sport in Spain, Barca are ready to sell Coutinho for as cheap as £35m.

His current contract is up in 2023 and Barcelona would prefer to accept a loss and now move on from their expensive mistake.

Furthermore, Barcelona are due to pay Liverpool a further £17m in add-ons should Coutinho reach 100 appearances for the club.

The 28-year-old is currently still sidelined with a knee problem but needs to rack up just seven more games to reach a century of appearances for Barca.

Due to their debts, Barcelona are set on avoiding that extra bill and are even willing to keep Coutinho benched when he returns at the end of April.

Barcelona boss Koeman decided he wanted to keep Coutinho as soon as he arrived at the Camp Nou.

The board, however, were keen to sell him to raise some funds to spend in the transfer market.

Coutinho is currently in Qatar for medical checks as he steps up his recovery but he is now likely to have played his last game for Barca. 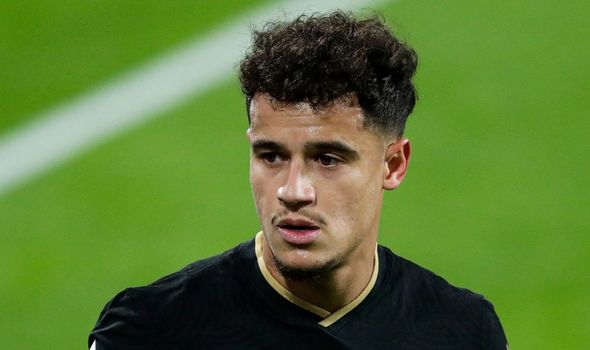 Jurgen Klopp has continuously made it clear Liverpool will not be re-signing their former star.

His agent Kia Joorabchian remains well connected at Arsenal, who have explored the signing as recently as last summer.

Barcelona would have to cash in on both Coutinho and Antoine Griezmann to stand a chance of signing Erling Haaland.

Reports in Spain suggest new president Joan Laporta would love to bring the Norwegian to the Camp Nou as it may convince Lionel Messi to stay.

Tags: autoplay_video, Barcelona news
You may also like
Latest Posts