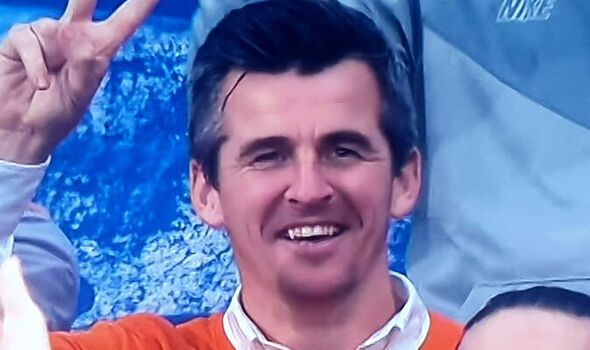 Joey Barton was spotted in the Tottenham away end supporting his former club Marseille as the two clubs met in the Champions League group stage opener. The former Manchester City midfielder played on loan for a season in Ligue 1 and clearly felt some affection for his former employers as he attended the game at the Tottenham Hotspur Stadium.

Barton spent the 2012-13 campaign on loan with the Ligue 1 side after falling out of favour at QPR and made 25 appearances for the club.

At one point during his temporary spell in France, the Englishman gave a bizarre interview in English where it appeared he had adopted a French tone to his Liverpudlian accent.

And it seems he still holds Marseille close to his heart even now that his playing days are over. The 40-year-old, currently boss of Bristol Rovers, made the trip to London to catch Marseille in action against Tottenham.