Bayern Munich boss Hans-Dieter Flick always knew that Serge Gnabry was destined for greatness even during his early years at Arsenal. Gnabry spent four years at the Gunners’ senior squad after coming through the youth ranks but only managed 18 appearances in north London.

You could tell on what he could do

The winger then underwent an unsuccessful loan stint at West Brom and was sold to Werder Bremen a year later in 2016 where he turned a corner on his career.

The 24-year-old put together a number of impressive performances at the Weserstadion and joined Bayern in 2017 where he has gone from strength to strength.

The Germany international has scored a total of 17 goals in 30 appearances in all competitions this season and has shown great form in the Champions League.

After netting a whopping four goals against Tottenham in north London last October during the group stage the German also laid waste on Arsenal’s other London rivals Chelsea on Tuesday. 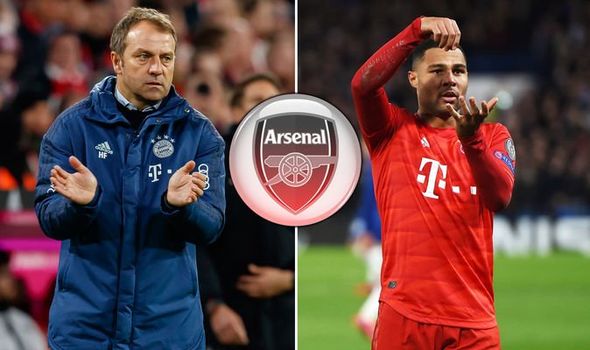 The forward scored a brace against Frank Lampard’s Blues and led the German champions to a 3-0 win at Stamford Bridge, which gives his team a major advantage ahead of the return fixture at the Allianz Arena.

Flick is not surprised with Gnabry’s rise to prominence as he has been following his career ever since braking in to Arsenal’s senior squad.

The Bayern boss knew he was going to be a great player and is pleased that he left the north Londoners for the Bavarians.

Flick said after the game against Chelsea: “No I’m happy. I have known him quite a long time.

“I saw how he played at Arsenal and I was intensive on following his career.

“You could tell on what he could do. Playing in Germany he is playing really well.

“He is developing and has got very good skills. I am pleased he is in Germany with us.”

Legendary Arsenal boss Arsene Wenger claims that Gnabry failed to succeed at Arsenal because he always looked for the “easy way” to make it to the starting line-up. 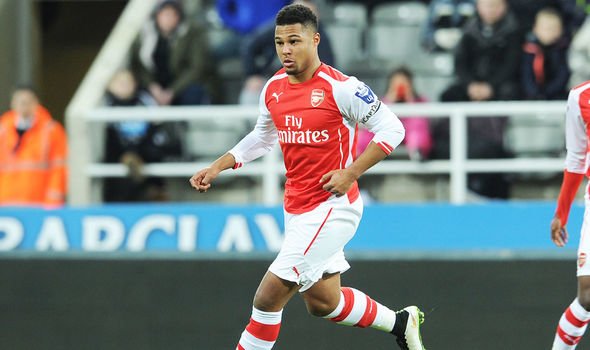 Wenger was full of praise following the German’s impressive performance against Chelsea and pointed out that even though he didn’t show enough at the Emirates he still wanted to keep him.

The ex-Arsenal boss said: “He has no real limitations it’s more how much does he want to suffer.

“Because he has pace, power, technical ability, he’s very intelligent, sometimes he looks for the easy way in football. That’s what was his problem. He lacked a bit.

“I gave him to West Brom, it didn’t work out at all. In fairness I think we had an agreement with him but Bayern stole him away from Werder Bremen.

“He’s a good player. He has individual ability and collective ability. We had an agreement with him but because he didn’t play at West Brom I let him go with the U21s in the summer with the German national team and he did very well of course.

“We had prepared him for us to sign his new contract but then suddenly he wanted to go to Werder Bremen. But it was not Werder Bremen that bought him it was Munich that bought him. Because six months or less than one year later he moved from Bremen to Bayern but it was a done deal before.

Tags: autoplay_video, B, Bayern Munich
You may also like
Latest Posts