Bayern Munich fans wasted no time twisting the knife as their side took control of the Champions League Last 16 tie against Chelsea. Supporters of the Bundesliga side were heard chanting “football’s coming home” as they cruised into a 3-0 lead at Stamford Bridge.

Two goals from former Arsenal youngster Serge Gnabry put Bayern in complete control of the tie, prompting a jubilant response from their supporters.

Robert Lewandowski then tapped in to make it three as the Bavarian side put the Blues to the sword and all-but secured their spot in the quarter-finals before the second leg.

During the rout, the travelling fans were heard breaking into a rendition of “Three Lions” – made famous by Baddiel and Skinner during Euro 1996.

The song has long been associated with feelings of optimism surrounding the English national team, although Terry Venables’ side ultimately lost on penalties in the semi-finals of that competition. 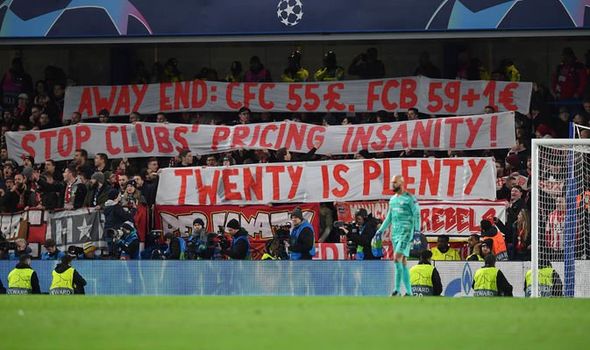 It made a resurgence during the 2018 World Cup as England progressed through to the semi-finals once again, only to lose to Croatia.

And Bayern fans ironically brought out the chant as an English club once again failed to meet expectations in Europe.

The Blues have it all to do when they head to the Allianz Arena next month, with expectations more likely to shift to securing Champions League qualification for next season.

Lampard’s side are currently fourth in the Premier League, three points ahead of Manchester United.

They notched a welcome 2-1 win over Tottenham at the weekend, having gone four league games without a victory.

But questions will again be asked about Lampard’s long-term future at Stamford Bridge after this humbling at the hands of Bayern. 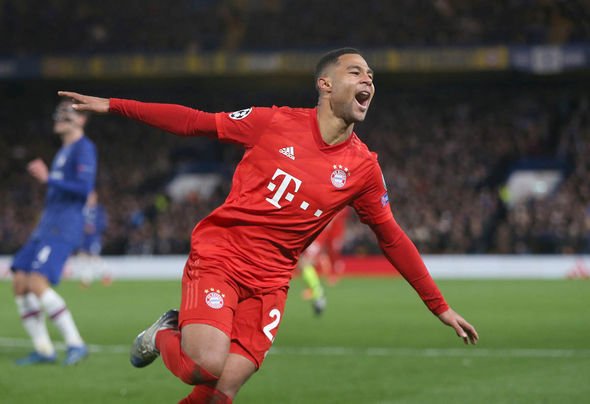 Prior to the first leg, the Chelsea boss warned his players they would have to suffer against an opponent who did not drop a single point during the group stages.

“Going into the game we must make sure every box is ticked in both games,” said Lampard in his pre-match press conference.

“We can’t get caught up in game moments. After the game, we will probably suffer.

“Bayern Munich are an incredible side with the ball. They’ve got some really talented players who keep the ball and use the ball well. If we have to suffer, we have to suffer. That’s our job over the next two games.”