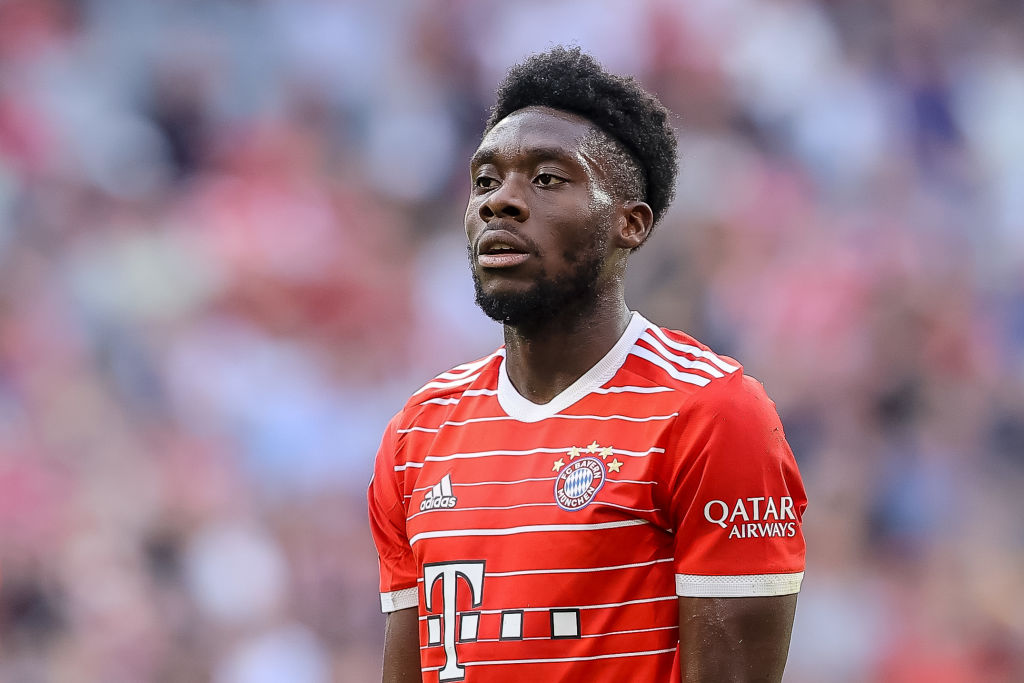 Bayern Munich defender Alphonso Davies is in danger of missing the World Cup with Canada after suffering a hamstring injury on Saturday.

The 22-year-old forced forced off in the second half of Bayern Munich’s 3-2 win over Hertha Berlin.

Davies is set to be a key part of Canada’s World Cup campaign in Qatar, with his nation handed a tough test in Group F alongside Belgium, Morocco and Croatia.

Canada’s group opener against Belgium is on November 23, meaning that he has less than three weeks to recover from his hamstring injury.

Speaking after his side’s win on Saturday, Bayern Munich head coach Julian Nagelsmann confirmed that Davies had torn a muscle in his hamstring but the defender will undergo a full scan on Sunday to see the extent of the injury.

‘According to the doctor, there is at least one fibre tear,’ Nagelsmann said.

‘We have to wait and see what comes out tomorrow.’

Earlier this week, Ben Chilwell’s hopes of featuring at the World Cup with England were ended after he suffered a hamstring injury during Chelsea’s win over Dinamo Zagreb in the Champions League.

Chilwell’s Chelsea teammate Reece James has already been ruled out of England’s squad after suffering a knee injury last month.

Meanwhile, Son Heung-min is also in a race to be fit for South Korea’s World Cup run after he underwent surgery on a fracture around his eye this week following a head collision in Tottenham’s Champions League win over Marseille.

Germany will also be without Timo Werner after the former Chelsea striker suffered an ankle injury during RB Leipzig’s Champions League game this week.