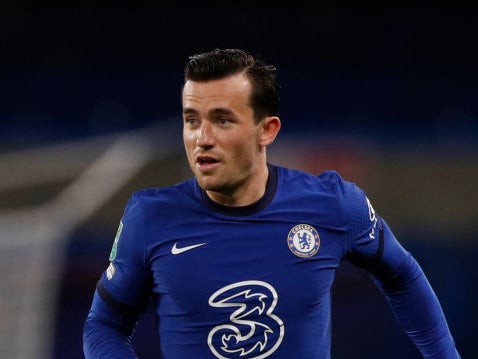 “Seeing the career that he had here, obviously I wanted to emulate that, and still do, and to have someone like that who has played for Chelsea, who’s English, it was important for me.

“I spoke to my agent because I was quite keen on getting to meet him, so I could just get to know him, and just pick his brains on what he thought of Chelsea as a club, how he reached the success that he reached here.

“I was quite keen to have that chat to find out things like that, and obviously I’m going to work as hard as I can over the next however many years to try and emulate what he’s done here.

“He just said: ‘Work hard’. I know it sounds pretty cliched, but he said the fans love players here who just want to work hard and who want to die for the badge.

“He said when he first came here he wanted to win for the club, he loved playing for Chelsea.

“And he said if I can take that on board, that wanting to really love the club and to win for it, then I should have a great career here.”

As well as seeking counsel with his England predecessor Cole, Chilwell also spoke personally with Lampard before sealing his Chelsea switch.

And like every other new Blues recruit, he admitted Lampard’s status and approach sold him on the move.

“I spoke to the manager here and straight away I got that feeling you want to play for him, want to win for him,” said Chilwell.

“He won a lot of silverware here. It’s important to play for a manager that has played for the club I’m joining, loves the club and knows what it takes to win trophies here. I think that’s a big reason why a lot of players joined.

“His man-management seems top; even the boys who aren’t playing will tell you that as well.”

Chilwell was unable to launch into his Chelsea career owing to a plantar fascia foot concern, but is shaking off that niggling injury and fast approaching full match sharpness.

The Blues will host Crystal Palace on Saturday seeking a first home win of the new campaign, with Chilwell confident he is ready to start.

“It was one of those injuries where if I rushed it I would have made it a lot worse,” said Chilwell.

“Regarding my fitness now, I’m fit. I played against Tottenham for 65 minutes and felt very fit. But I knew it was only going to be a 60, 65-minute job for me.

“It’s an injury where I can’t miss steps out and jump to play at 90 straight away because it will only aggravate it. Fitness wise I felt good after the game, which is positive.

“I trained today, I’m ready for the weekend, and fitness-wise I feel very good.”

Tags: about, Ben, Ch, Chilwell, opens, up
You may also like
Latest Posts