Benfica secured the most dramatic of victories on Friday night as they had two players sent off in stoppage time and scored a 101st minute winner.

Roger Schmidt’s side went into added time against underdogs Vizela with the scores level at 1-1, and their chances of victory looked to be over when Goncalo Ramos was shown a second yellow card for simulation.

However, the Eagles were awarded a late spot kick which was tucked away by Joao Mario – who was also shown a second yellow card as he enthusiastically took his shirt off in the wild celebrations that followed. 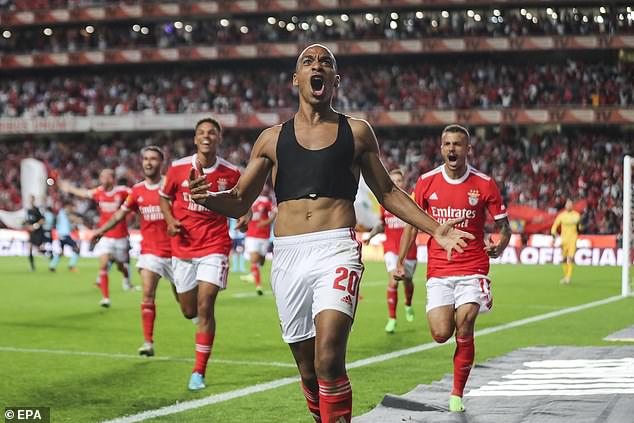 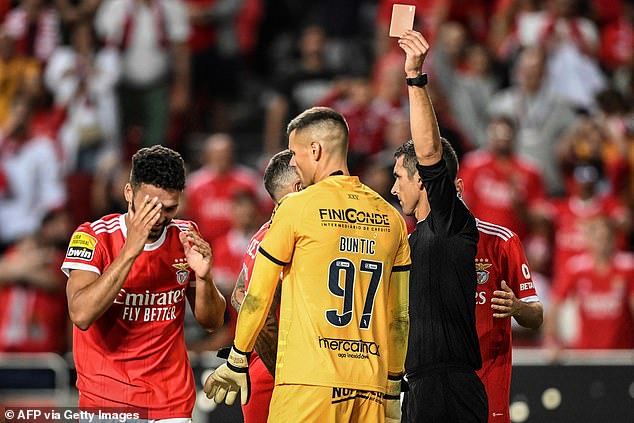 Vizela, who were promoted to the Portuguese Primeira Liga last year for the first time after a 36-year absence, took the shock lead through Milutin Osmajic.

The Montenegrin winger burst through and slotted past Odysseas Vlachodimos after 20 minutes.

They held on to the lead well until the 76th minute, when David Neres spun past midfielder Vizela midfielder Samu and fired a fierce strike past the opposing keeper.

What followed was a bizarre stoppage time period with some questionable decisions, as eight minutes were added on. 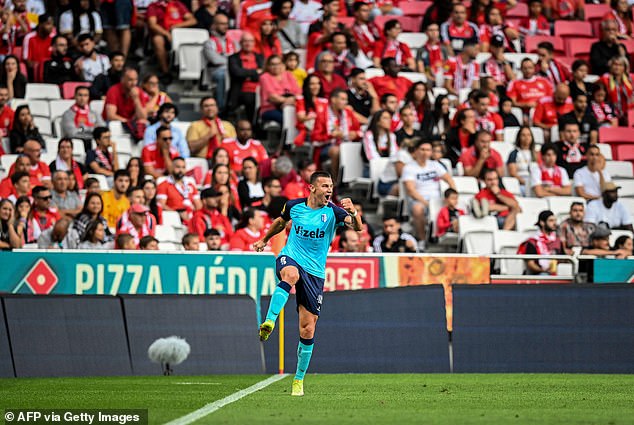 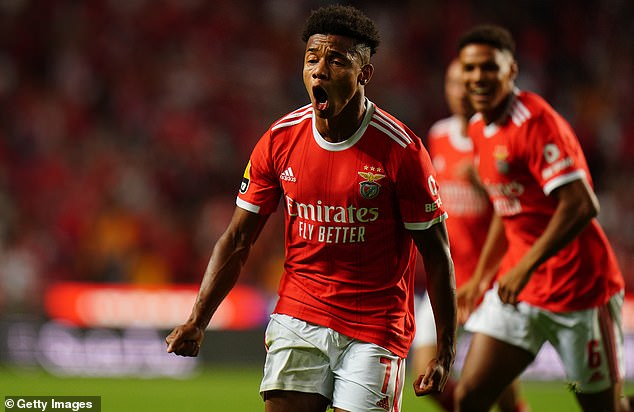 On the 92nd minute, Ramos poked the ball past Anderson who went to ground, with the Benfica striker falling over the Vizela defender.

Ramos dropped to the flood in a stunned reaction when he saw the referee pull out a second yellow followed by the red for simulation.

When it looked like Benfica might have to settle for a point, they were awarded a penalty in the 99th minute of the game.

Rafa Silva shot into the back of Diego Rosa, with the ball rebounding onto his elbow with referee Fabio Verissimo pointing to the spot. 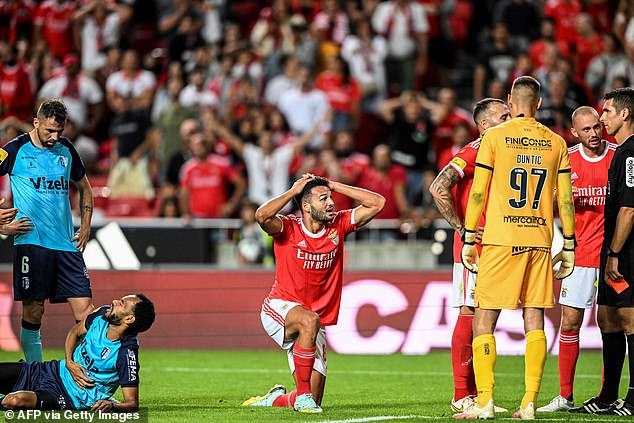 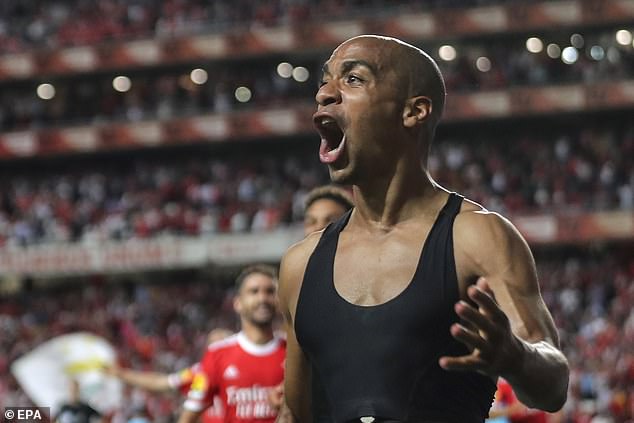 Mario coolly held his nerve to dispatch the winning penalty and move the Eagles five points clear at the top after just five games – though their rivals are all due to play this weekend.

After scoring from the spot, Mario threw his shirt away and was met in the corner by Benfica’s staff and substitutes who rushed down the touchline to celebrate with him.

Benfica are now set to prepare for the start of their Champions League campaign which begins by welcoming Maccabi Haifa to the Estadio da Luz, in a group which also contains Paris Saint-Germain and Juventus.