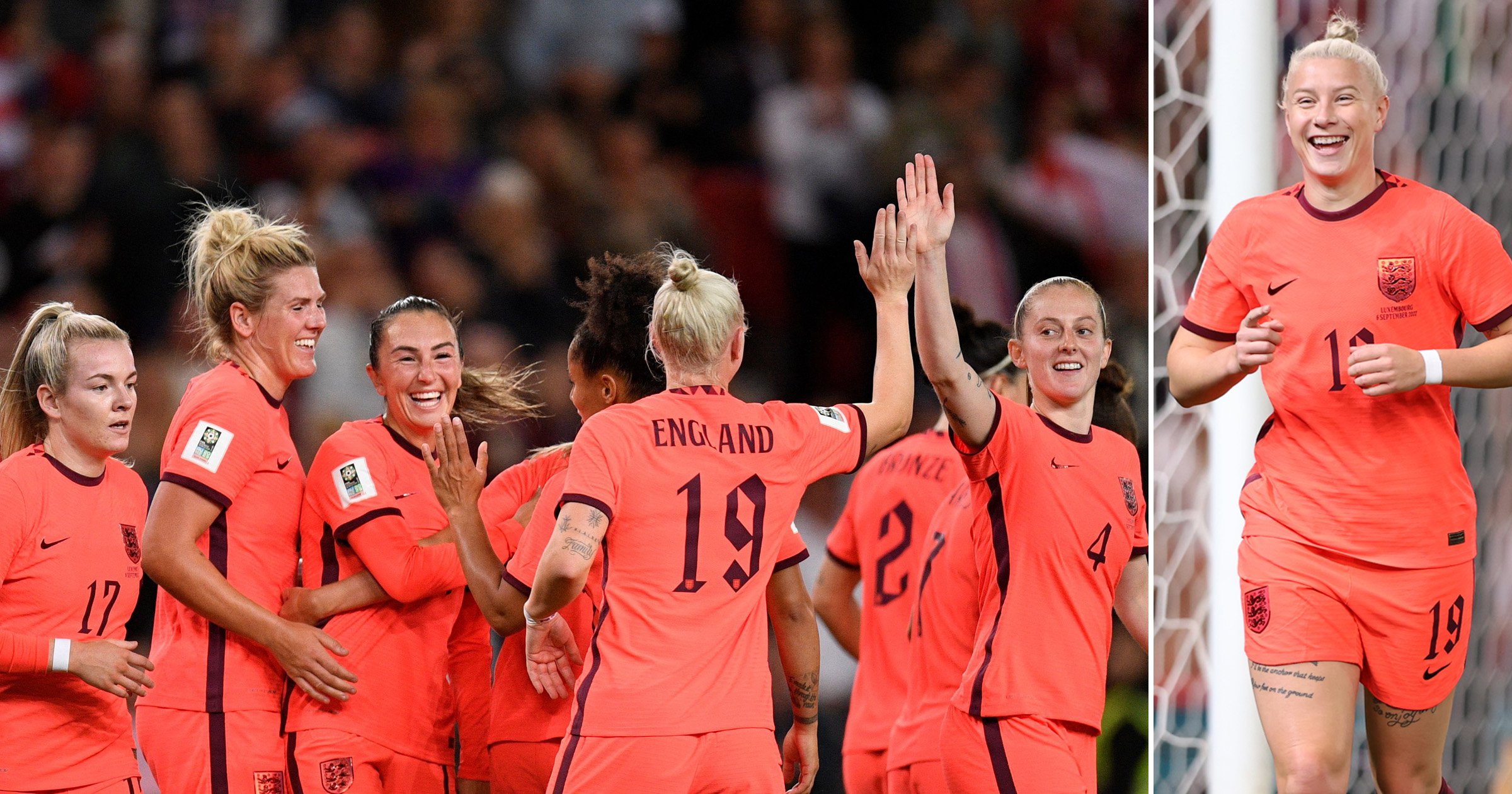 Beth England is still coming down from the high of winning the European Championship with England, but the striker already has her sights on another trophy-laden year with Chelsea.

She is relishing the chance to take the momentum from July’s triumph at Wembley into the new Women’s Super League season and build on the soaring popularity of the women’s game.

With the start of the campaign delayed by a week after the death of the Queen, instead of a glamorous Stamford Bridge opener against West Ham, the reigning champions begin their defence with a trip to Prenton Park to face Liverpool on Sunday.

It is a world away from the packed Wembley which saw the Lionesses claim Euro 2022 glory at the end of July but, for England, a reminder that it is time to get back down to business. ‘It’s definitely been a bit of a mad one, we’re finally coming down from all the emotion of it,’ the 28-year-old tells Metro.

‘It was such a rollercoaster, winning it and then going into all the media engagements, celebrations and then trying to get time with family to switch off and then a quick turnaround to pre-season. It’s been a bit of a whirlwind, exciting and an amazing summer.’

England herself has been honoured by the South Yorkshire town where she was born, Barnsley. ‘My home town is putting £5million into a girls’ football academy and they’re going to name it after me, so that’s probably the strangest thing that has happened – but that is special,’ England adds.

It has been hectic since July 31, when Sarina Wiegman led England to a 2-1 extra-time win over Germany to seal a first major triumph for the country since the men lifted the World Cup in 1966.

But Chelsea boss Emma Hayes ensured it was quickly back to work for England and her Blues and Lionesses teammates Millie Bright, Jess Carter and Fran Kirby.
‘We got two weeks off ,’ she says. ‘We flew straight out to America to meet our new teammates, learn the new styles of play Emma is wanting from the team and trying to gel a bit.’

England insists: ‘Every year you just want to win more and more, and retain the titles you’ve got. There’s always more signings, always more competition, and I think this is going to be the toughest year yet for competition with the depth and strength of squad we have. But it can only make us stronger and we know where we want to go, and hopefully the new signings will help us achieve that.’

Hayes’ team won a league and FA Cup double last term and will be determined to underline their credentials for more glory when the new season kicks off on Merseyside this weekend.

But it is impossible to overlook the fact less than six weeks ago England and her international teammates were enjoying victory at Wembley, followed by a huge public celebration in London’s Trafalgar Square.

‘It took a long time to sink in we’d won it. You’re so high on emotion and adrenaline, on such a high,’ recalls the striker. But while all 23 players undoubtedly had their part to play at the Euros, England, an unused substitute throughout, revealed she struggled with how to process what happened having been a squad player under Wiegman.

‘Most people knew their roles – she’s a very direct person, very honest and there were no grey areas,’ she says of the coach. ‘It did take me a while to feel like I’d earned it [the winner’s medal] but that wasn’t because anyone around me made me feel like that, it was more my personal goals and ambitions from the tournament.

‘I can’t praise the training group who weren’t playing as much enough, they always brought so much energy and enthusiasm to everything we did. It’s a team sport and it is not about being an individual.

‘The biggest thing you take from it is no one was there for themselves, we were all there for each other. ‘Training standards were high and we felt we were able to push the ones that were starting. It worked so we’re really chuffed.’

England, who has 11 goals from her 21 caps, admits with Ellen White retiring the No.9 spot is up for grabs. She scored twice as a substitute in last week’s final World Cup qualifier as the Lionesses beat Luxembourg 10-0 and adds: ‘I’ve been involved with England for three-and-a-half years and in a way I felt I had established myself, but the Euros was the first tournament I’d ever been part of and it wasn’t quite the way I expected it to go for myself.

‘It changes things but Ellen has been pivotal to the way England have done everything and I’ve worked with her and am very sad to see her leave. She has been prolific and it’s a big loss. This is where other people get their chance to step up.’

It might be too much to say England expects, but she is definitely in the running now.