Report and highlights from the Sky Bet Championship clash between Blackburn Rovers and Derby County at Ewood Park as the Rams took the lead through Tom Lawrence, but goals from Sam Gallagher and Harvey Elliott earned the home side victory 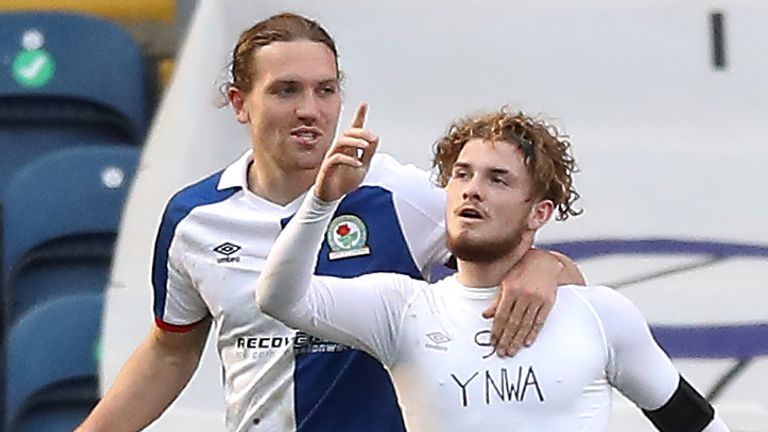 Derby’s relegation worries deepened after Harvey Elliott’s strike condemned them to a damaging 2-1 defeat at Blackburn.

Wayne Rooney’s side went ahead against the only team in worse form in the last six games when former Rovers loanee Tom Lawrence headed in from close range.

They looked comfortable for spells afterwards but gave away two soft goals that turned the game in Blackburn’s favour, through Sam Gallagher’s clever header just before the break – his seventh of the season – and Liverpool loanee Elliott marking his 50th senior appearance in style, profiting after Andre Wisdom needlessly surrendered possession.

These are worrying times for Rooney’s men who, despite a decent performance, lost their fourth game in five outings and remain fourth from bottom, four points above Rotherham who have three games in hand.

Rovers can breathe a sigh of relief after surely putting any lingering relegation worries to bed following an encouraging second-half display in particular, which yielded their first win at Ewood since the end of January.

Blackburn captain Darragh Lenihan missed out with a groin strain so Jarrad Branthwaite made his first start since February. The Rams, meanwhile, welcomed back Matthew Clarke and Nathan Byrne.

Adam Armstrong’s 20th-minute free-kick was superbly repelled by the outstretched David Marshall, and it proved crucial as Derby went ahead two minutes later when Graeme Shinnie’s glorious left-wing cross was met by Lawrence, who powered in a close-range header.

Derby dominated most of the half, toying with Blackburn at times, and Patrick Roberts ought to have ended a slick move with a goal but curled narrowly wide.

And they paid the price three minutes before the break when Barry Douglas curled in an inviting corner that Gallagher was afforded space to skilfully flick a header beyond Marshall.

Louie Sibley went close to restoring the lead moments later with a left-foot drive, but Thomas Kaminski produced a brilliant save, tipping it out for a corner.

Armstrong missed a hat-trick of chances within the first 15 minutes of the restart, with Marshall standing firm all three times.

Marshall was beaten in the 66th minute when Wisdom lost the ball and Armstrong fed Elliott before the teenager hammered into the bottom-right corner for his sixth this season.

Kaminski parried a rasping Lawrence free-kick into the path of Byrne, whose effort cannoned off the post five minutes later before an even better save in the dying minutes saw him superbly tip away Colin Kazim-Richards’ downward header.

Byrne’s stoppage-time corner went agonisingly close to going straight in, but Kaminski intervened before the last play of the game saw Louie Watson go down in the box, leaving the Rams furious as the final whistle blew.