Wales 1-1 Belgium: Brennan Johnson scores his first international goal in the 87th minute to earn a first Nations League point for Rob Page’s side against familiar foes in Cardiff

Aaron Ramsey produced a dazzling piece of skill to create a first international goal for Brennan Johnson and ensure Wales avoided a third straight defeat of this Nations League campaign.

They are still celebrating in these parts after Wales qualified for their first World Cup since 1958 and just when they looked to be heading for a loss against Belgium here, there was a moment of pure magic from Ramsey.

The midfielder appeared to have lost his footing on the edge of the box before regaining it and delivering a remarkable backheel for Johnson, whose calm finish was originally ruled out for offside but then awarded after a VAR check. 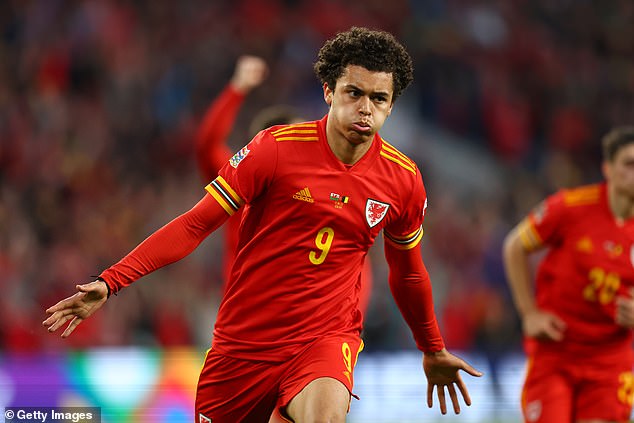 Earlier, Youri Tielemans’ strike early in the second half seemed to have put Belgium on track for victory but Johnson – who had replaced Gareth Bale moments earlier – rescued a draw thanks to the brilliance of his fellow substitute.

Wales looked to have made the perfect start when Ethan Ampadu produced a glorious strike from the edge of the box that flew into the top corner, only for VAR to rule out the goal for an offside against Joe Rodon in the build-up. It was doubly disappointing for Ampadu, who thought he had scored his first senior international goal.

At the other end, Wayne Hennessey – the hero as Wales qualified for the World Cup against Ukraine a week ago – made a fine stop to deny Tielemans from close range.

Arsenal target Tielemans was having an impressive game in midfield though despite that, the home side were looking dangerous. Dan James raced behind the Belgium defence and slid the ball to Gareth Bale, who should have hit the target from six yards.

Nine minutes before half-time, a neat move led to Joe Allen crossing for Connor Roberts. Roberts headed just over and sadly for Allen, he appeared to damage a hamstring in delivering the ball and was replaced by Aaron Ramsey.

Roberts went close again soon afterwards when Thomas Meunier blasted a clearance comically against Tielemans, and when the ball reached Roberts via a touch from Ramsey, his effort cleared the bar. 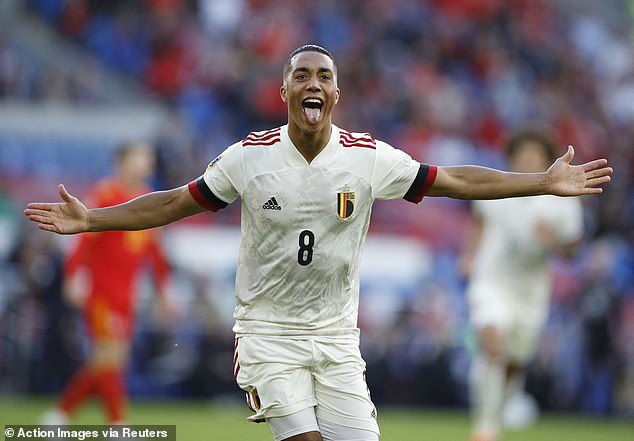 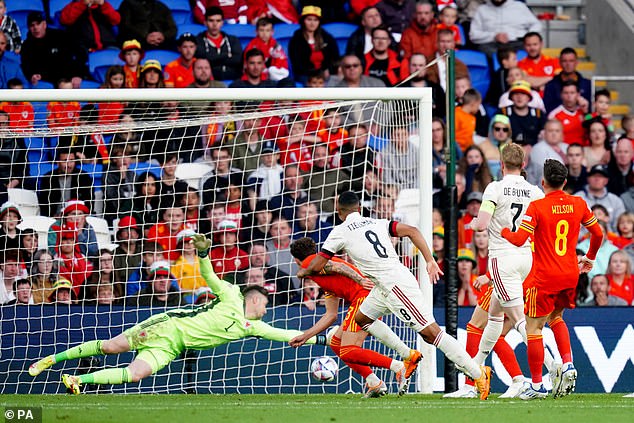 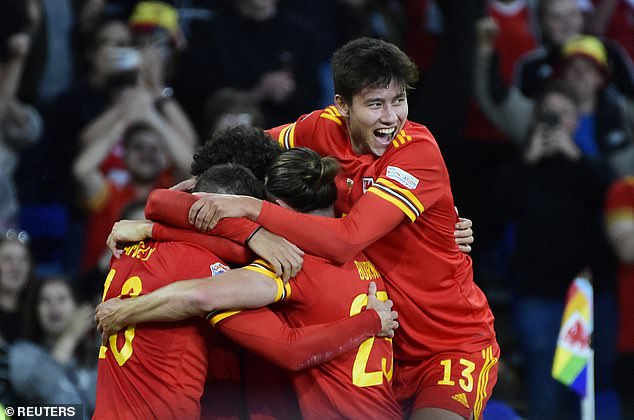 Yet Wales were still lucky to be level at the break. Kevin de Bruyne set up Michy Batshuayi and when his shot clipped Rodon, it appeared to be falling perfectly for Leandro Trossard. With Hennessey out of position, the Brighton player somehow managed to miskick his volley with the goal gaping.

The next time they made a chance, Belgium showed no such mercy. Trossard burst inside from the right and found the unmarked Batshuayi, who had plenty of time to lay the ball off to Tielemans. From just inside the box, the midfielder’s low finish gave Hennessey no chance.

Now Belgium sensed they could strike the decisive blow and Wales were relieved when Yannick Carrasco curled one just wide from a tight angle. But just as they had against Holland in midweek, Wales started to turn the screw as the game wore on and were rewarded for their enterprise four minutes from time when the Belgian defence was finally pierced.