Farke time seems to be the new Fergie time.

For the fourth consecutive match, Norwich conjured up a late goal to get potentially crucial early season points on the board.

Daniel Farke’s side simply don’t give up and Brentford have now joined Rotherham, Birmingham and Wycombe in the past 10 days in finding this out. 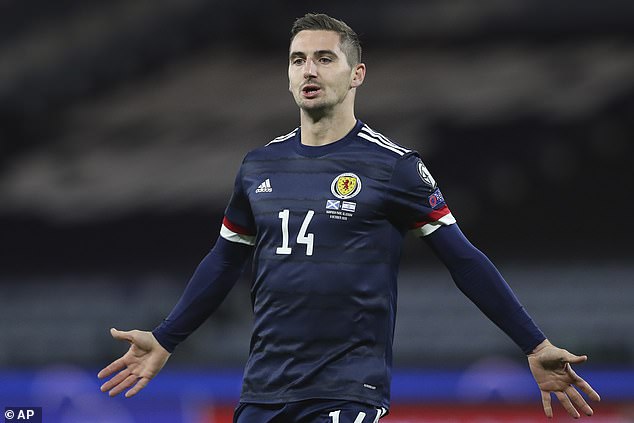 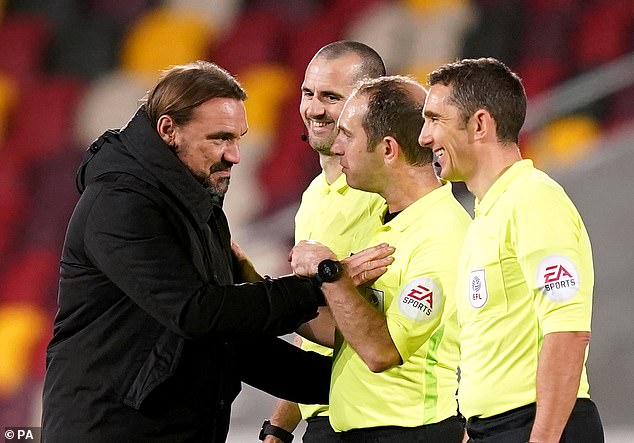 They say you make your own luck and that was certainly the case here as substitute Kenny McLean’s low shot from just outside the box took a devilish deflection off Mads Sorensen to completely wrongfoot keeper David Raya and slide home.

Norwich’s late goals in their previous three games earned wins but this point will be just as welcome against a Brentford side bracketed alongside them as promotion contenders.

The Bees were heading for victory after Ivan Toney’s eighth goal in eight league appearances since his summer move from Peterborough United.

Brentford’s replacement for Ollie Watkins continues to make the step-up to the Championship look absolutely effortless and showed his predatory instincts to tap home Bryan Mbeumo’s cross. But Norwich were worthy of their point by the end. 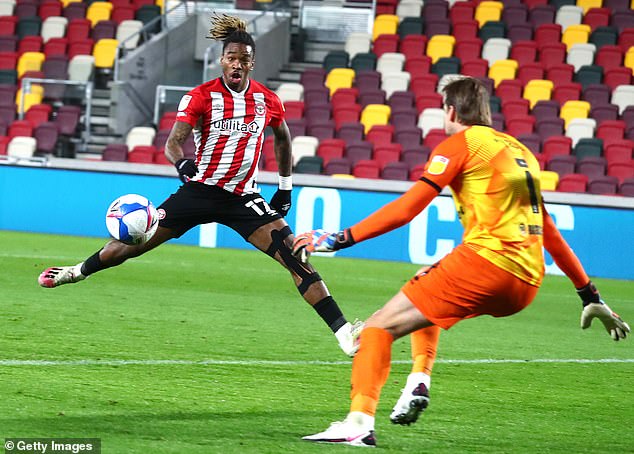 Brentford’s Ivan Toney scored first, finding the net in the 27th minute of the game 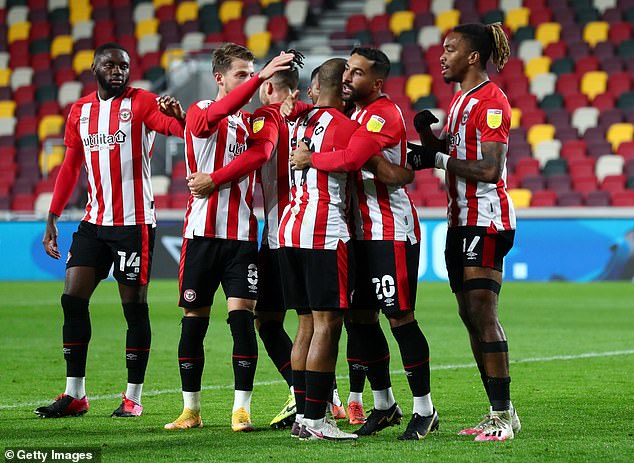 Thomas Frank predicted pre-match this contest would be something like a boxing bout with both sides trading punches. Early on, his Brentford side employed the rope-a-dope tactic as they soaked up Norwich’s possession and pressure.

Emiliano Buendia spun Henrik Dalsgaard with embarrassing ease to receive Mario Vrancic’s pass and looked certain to score as he stepped inside Ethan Pinnock. But somehow keeper David Raya got a fingertip touch to the Argentine’s point-blank shot, forcing it over.

Norwich were dominant and the lively Buendia robbed Rico Henry of the ball before teeing up Vrancic for a left-footed shot swept fractionally wide.

But as time wore on, Brentford bounced off the ropes and countered smartly, soon landing a hefty blow. 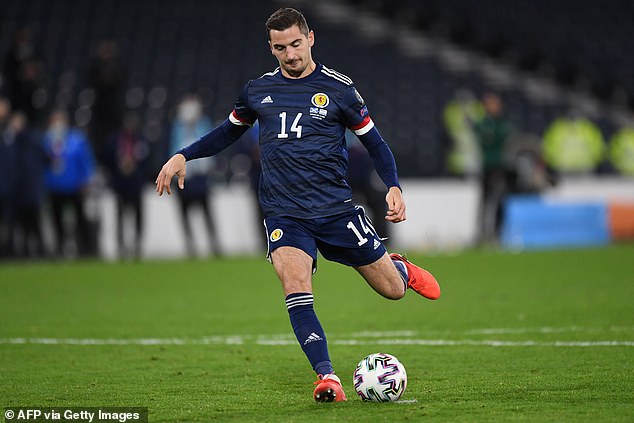 However, McLean scored a left footed shot from outside the box into the bottom left corner

Their first sniff of goal came 23 minutes in when a long throw by Sorensen bounced all the way through to fellow Dane Dalsgaard, whose acrobatic shot flew wide.

Four minutes later, however, and Brentford led through an increasingly reliable source. It was a typically slick move that saw Ghoddos slip Mbeumo into the clear inside the Norwich box.

Mbeumo’s electric pace outstripped Jacob Sorensen and his fizzed cross was perfect for Toney to tap home his eighth goal in eight Championship games since arriving in the summer.

Suddenly, Brentford were landing blows from all directions. Mathias Jensen lashed a shot wide after Josh Dasilva’s cross was touched down by Mbeumo before Emiliano Marcondes flicked a header off target from Henry’s delivery.

Toney more often than not doubles up with his goals and it took an extraordinary piece of goalkeeping by Tim Krul to thwart him close to half-time.

Toney soared to meet Mathias Jensen’s cross and appeared to have enough curl to find the bottom corner until Krul, diving sharply to his right, somehow stretched enough to touch it away. Mbeumo turned the rebound into the side-netting.

But there was a reminder of Norwich’s danger just before the half-time whistle when Grant Hanley headed over when well-placed from Buendia’s free-kick.

Brentford were quickest into their stride after the break with loud but unsuccessful appeals for a penalty when Marcondes was barged by Buendia.

A Brentford second could well have been a knockout blow and Krul blocked Dalsgaard’s point-blank shot after Toney had done brilliantly to knock the ball down.

As form hinted at, Norwich had a late rally in them. Buendia swung in another teasing delivery as the clock ticked down that Jordan Hugill glanced wide. Norwich have started to make late goals their speciality and that would continue in the game’s dying embers.