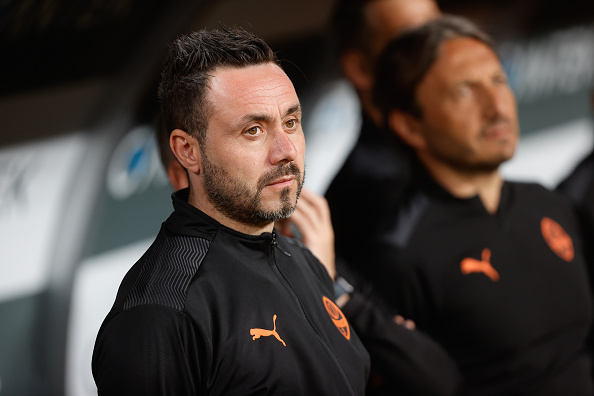 De Zerbi was last in charge of Shakhtar Donetsk in Ukraine but left the role in July following Russia’s invasion of the country, which is still ongoing.

The 43-year-old helped them win the Ukrainian Super Cup in 2021 and started his managerial career in his native Italy, taking charge of the likes of Palermo, Sassuolo and Benevento.

The Seagulls are fourth in the Premier League table following a strong start the the 2022-23 season.

‘Roberto’s teams play an exciting and courageous brand of football, and I am confident his style and tactical approach will suit our existing squad superbly.’

De Zebri has signed a four-year contract at the Amex and has become the club’s third manager since their promotion to the Premier League in 2017, following Chris Houghton and Potter.

In a statement on the club’s website, Brighton say his formal introduction to the media has been postponed to Tuesday as a mark of respect to Queen Elizabeth II, with Her Majesty’s funeral taking place on Monday.

With the season now on its first international break, De Zebri’s first game in charge is set to be on 1st October against Liverpool at Anfield.