Brighton announced that their upcoming Premier League encounter against Arsenal will go ahead. The Seagulls will take on the Gunners on Saturday (3pm) at the Amex Stadium amid the growing coronavirus outbreak.

The risk is considered extremely low and Saturday’s match remains scheduled to go ahead with the self-isolation period for those players ending tomorrow, as we continue to follow government and medical advice with regard to the coronavirus

The north Londoners were scheduled to take on Manchester City tonight at the Etihad but the game was postponed as a number of players have self-isolated as a precautionary measure.

This comes after Arsenal players and staff came in contact with Olympiakos and Nottingham Forest owner Evangelos Marinakis in February after the Premier League giants took on the Greek outfit in the Europa League.

Marinakis announced on Tuesday that he has been diagnosed with COVID-19, the virus’ official designation, and claims to be in stable condition. 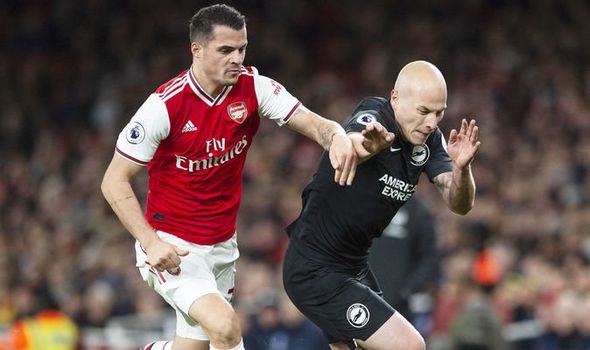 Brighton, however, have announced that this weekend’s fixture against Mikel Arteta’s side will go ahead as planned as the risk is “extremely low”.

A club statement read: “Arsenal’s match at Manchester City, due to take place at the Etihad Stadium tonight, has been postponed after a number of Gunners players have self isolated as a precaution with regard to the coronavirus. 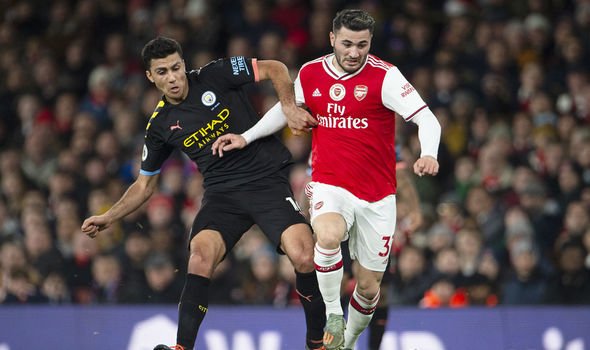 “The risk is considered extremely low and Saturday’s match remains scheduled to go ahead with the self-isolation period for those players ending tomorrow, as we continue to follow government and medical advice with regard to the coronavirus.

“Those players, and a small number of staff, took the measure as they met with Olympiakos owner Evangelos Marinakis on Thursday 27th February at the Europa League tie between the clubs at the Emirates. Mr Marinakis confirmed yesterday he has tested positive for the virus.

“Arsenal have confirmed none of the staff or players are showing any symptoms of the virus, and a statement from the club confirmed: ‘The medical advice we have received puts the risk of them developing Covid-19 at extremely low.

“‘However, we are strictly following the government guidelines which recommend that anyone coming into close contact with someone with the virus should self-isolate at home for 14 days from the last time they had contact.

“‘The players will remain at their homes until the 14-day period expires. Four Arsenal staff — who were sitting close to Mr Marinakis during the match — will also remain at home until the 14 days are complete.’

“That period concludes tomorrow, and Arsenal’s statement concluded, ‘Everyone at Arsenal Football Club wishes Mr Marinakis a swift recovery and we look forward to the players and staff returning to work on Friday in preparation for our match at Brighton.’”

The UK has so far recorded 373 cases as well as six deaths whereas Greece has so far seen 89 cases and no deaths.

Wolves have requested the postponement of Thursday’s Europa League clash against Olympiakos but the match appears set to go ahead behind closed doors.