Brighton defender Ben White is back from suspension while Rodrigo is available for Leeds; follow Brighton vs Leeds on Sky Sports; watch free highlights shortly after full-time on Sky Sports website and app 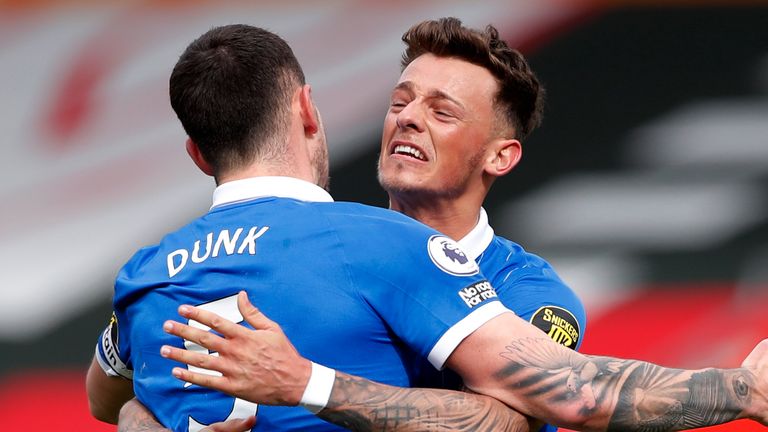 Team news, stats and prediction ahead of Brighton vs Leeds in the Premier League on Saturday (kick-off 3pm).

Brighton defender Ben White is back from suspension to play against Leeds, the club he helped win promotion to the Premier League last season when on loan at Elland Road.

Midfielder Adam Lallana has been troubled by a tight calf but should be fit to take his place in Graham Potter’s matchday squad.

Leeds‘ record signing Rodrigo is back in contention, but Raphinha remains unavailable.

Rodrigo has made just one appearance since mid-March due to a troublesome muscle strain and is not expected to start, while Raphinha has still not recovered from a bruised thigh, which has kept him out of the home draws against Liverpool and Manchester United.

Skipper Liam Cooper serves the last game of his three-match ban, but head coach Marcelo Bielsa has no new injury concerns as his side bid to extend their unbeaten league run to seven matches.

Follow Brighton vs Leeds in our dedicated live match blog. Highlights will also be published on the Sky Sports digital platforms and the Sky Sports Football YouTube channel shortly after the final whistle.

Tags: Brighton:, Leeds:, preview, tea, vs
You may also like
Latest Posts