Bristol City 2-0 Cardiff City: Tommy Conway and Robert Atkinson strike to seal all three points for Nigel Pearson’s side… as the Bluebirds fall to defeat in the Severnside derby

It was only a matter of days ago when Nigel Pearson was left at his wits end with refereeing, as he put it, now at an ‘all-time low’.

He contemplated leaving the game for good over it. The ‘integrity’ of the game had been lost, he said.

But who would turn their back on football when days like this exist? And all on Pearson’s birthday, too. Wife Nicky and kids Hannah and James will have to go some with their presents to beat these three points. 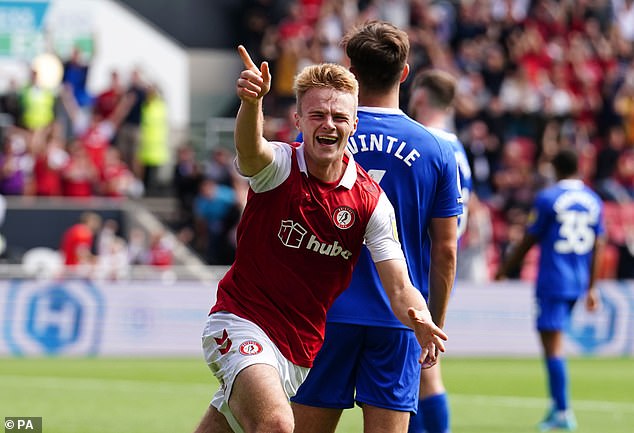 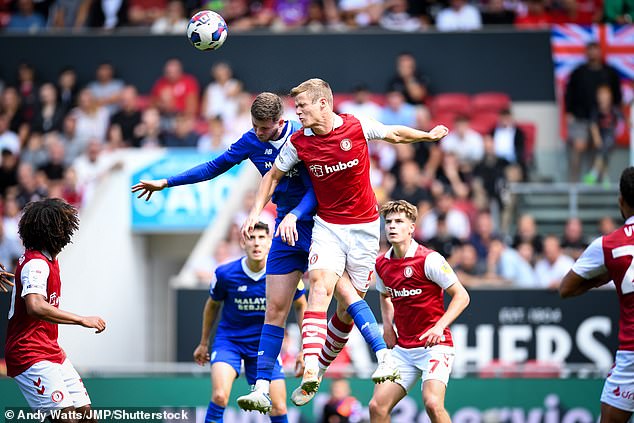 This was a real beating in the end in what is a third successive Severnside derby win for Bristol City.

Cardiff boss Steve Morison spoke in the week of the pain he felt losing all four derby games last season. The feelings stuck with him. Here, then, was supposed to come the response. An offside goal for Sheyi Ojo aside, he can have few complaints crossing back over the border with nothing.

Cardiff need a striker between now and the end of the window, that much is clear from this display. Max Watters had one chance one-on-one but failed to take it and he never got a second opportunity.

Morison infamously hooked him after 37 minutes back in February, humiliating his forward after a sub-par display. How he’d have wished to have 20-year-old Bristol City starlet Tommy Conway in his team.

He left to a standing ovation having scored the first and won the free-kick that led to the second. That’s four in four now for the academy talent. Pearson will just hope those sniffing around in the top flight were watching another channel with the TV cameras in town for this one.

For Cardiff it’s back to the drawing board. Morison cannot allow for this to unravel their positive start.

Having lost first-choice left back Jamilu Collins to a season-ending ACL injury against West Brom, it was to be a nightmare start for Morison when stand-in left back Joel Bagan saw his race run after seven minutes.

The 20-year-old, one of four changes for Cardiff, felt the full force of Alex Scott’s head and while the Bristol City midfielder was able to shake it off, Bagan was not and Jack Simpson was tasked with replacing him.

Three clean sheets in their opening four games suggested Cardiff would come here as something of a tough nut to crack. Not so. 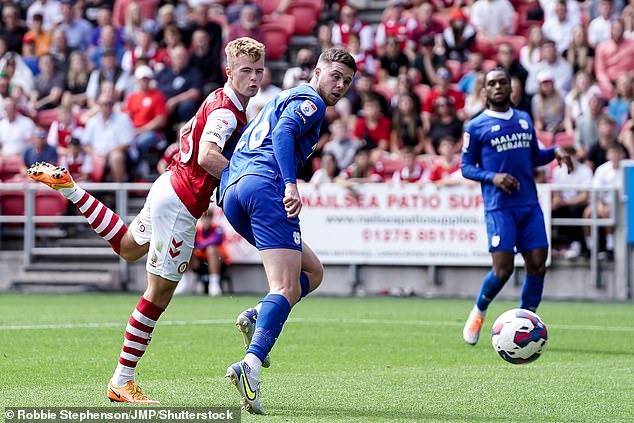 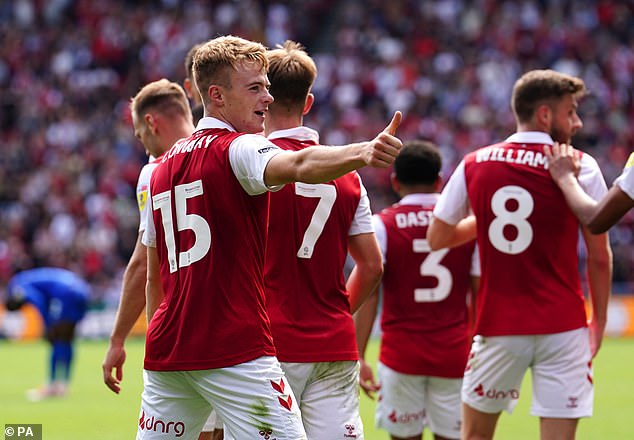 Conway was first to cut them open 14 minutes in as he cleverly beat the offside trap down the left, only to see his driven effort parried by Ryan Allsop. Andi Weimann got his follow-up effort all wrong and send it careering into the away fans behind the goal.

The hosts came again, wave after wave it no doubt felt like for that Cardiff backline.

Five minutes after Conway’s burst it was Weimann now down the left and he delicately lifted a cross towards the back post where an onrushing Han-Noah Massengo bulldozed Allsop and ball into the net. Foul. No goal said referee Thomas Bramall.

As chances dried up, groans from the home fans grew louder and misplaced passes threatened to undo the hard work to that point.

Cardiff improved and should have gone ahead when Cedric Kipre lifted a ball over the top of the Robins’ defence, sending Watters through on goal. 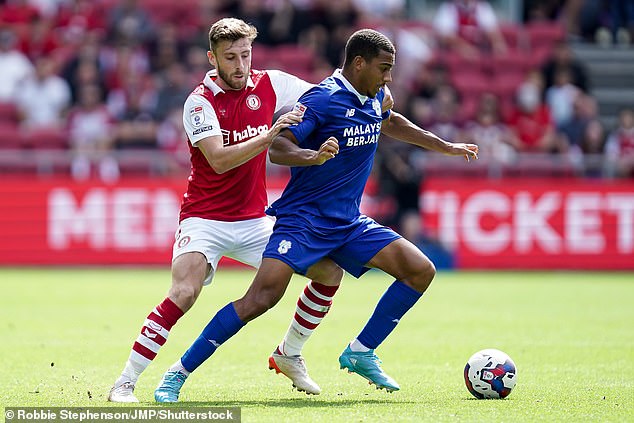 There is a feeling in the Welsh capital that they are a clinical striker away from seriously contending under Morison and Watters did little to quell such talk when he failed to finish when one-on-one.

Three minutes later the price was paid. A switched phase of play found its way to Nahki Wells wide on the left and his pinpoint cross was met in the air by Conway, who had the finesse to flick his header into the bottom right corner. Make that four in four for the in-form 20-year-old.

On the stroke of half-time Cardiff were convinced they were level when Callum O’Dowda, booed with every touch on his return to these parts, fizzed a cross in and Sheyi Ojo bundled in. Offside. No goal. 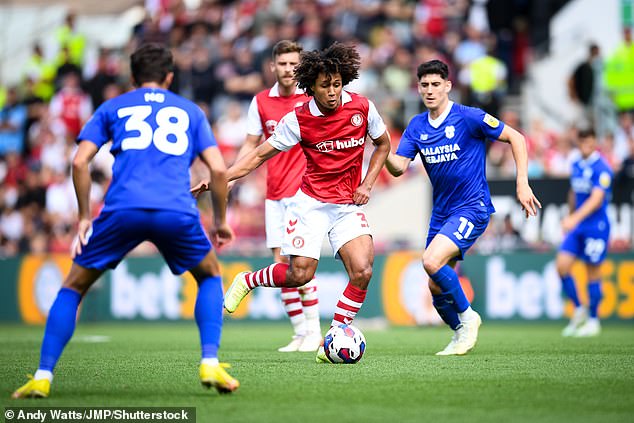 No team has conceded more goals in the second half of games in the Championship than Bristol City this season and so, if nothing else, Morison’s side had something to cling to.

But they never really felt in this one, not really, and they’ll know that when they watch it back.

The hosts put nail into coffin when Kipre fouled the nuisance that was Conway and defender Rob Atkinson found himself free to power in the resulting free-kick.

And so it ended with birthday delight for Pearson. Something says he isn’t quite ready to give this all up quite yet.