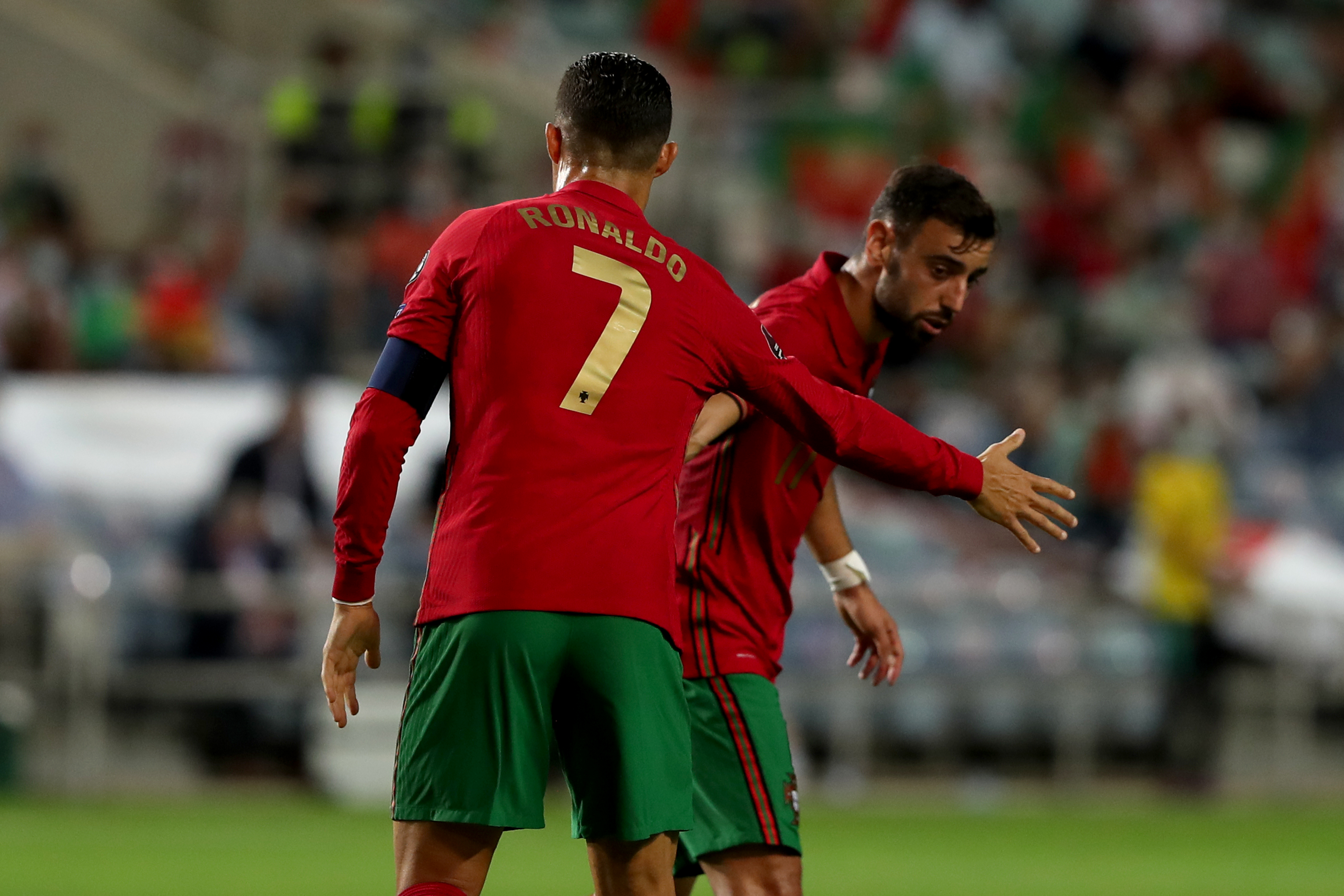 Ronaldo, 36, initially looked set to complete a controversial move to Manchester City this summer but had his head turned – thanks in part to the intervention of Sir Alex Ferguson – and rejoined United instead, 12 years after bringing an end to his first spell.

The five-time Ballon d’Or winner trained with his new team-mates for the first time on Tuesday and the eyes of the world will be on Old Trafford this weekend where he could make his second Premier League debut against Newcastle.

United and Solskjaer will be desperate for Ronaldo’s relentless drive and winning mentality to rub off on the rest of the squad, with the club’s trophy drought stretching back over four years.

After helping Portugal beat Azerbaijan in Ronaldo’s absence, Fernandes said he was hopeful his fellow countryman’s arrival would give United that extra edge they have perhaps been missing.

‘We know that enthusiasm will be high, everyone knows Cristiano and is very happy and confident to have him back,’ the United and Portugal attacking midfielder told RTP3.

‘Us players are part of that confidence, we know what he can give us.

‘Our focus and Cristiano’s, because of what I’ve already talked to him about, is to win what there is to win.

‘Our goals remain and obviously, with Cristiano, we have one more reference to help us get closer to that.’

Ronaldo, who has taken over the No.7 shirt from Edinson Cavani, is reportedly earning around £480k-a-week at the Theatre of Dreams, making him the highest paid player in the English top flight.

United secured the veteran ex-Real Madrid and Juventus forward on a two-year contract, with the option of an additional year.

‘Manchester United is a club that has always had a special place in my heart, and I have been overwhelmed by all the messages I have received since the announcement,’ Ronaldo said after his return was made official.

‘I cannot wait to play at Old Trafford in front of a full stadium and see all the fans again.’