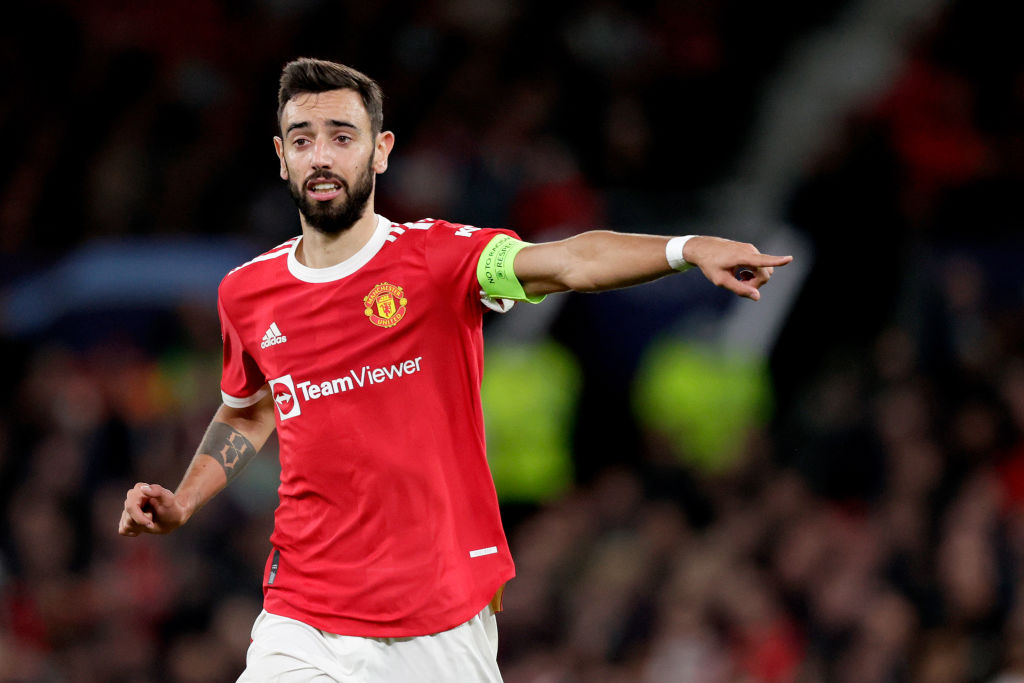 The Portuguese superstar netted in stoppage time to give the Red Devils a 2-1 win over the Spaniards after a thrilling game.

Paco Alcacer gave the away side the lead before a sublime equaliser from Alex Telles and then a finish from Ronaldo in the dying seconds.

Villarreal had a string of chances in both halves and will be wondering how they have come away with nothing from Manchester, although the answer is, at least partially, De Gea.

The Spain international was in superb form and was rightfully praised by Fernandes, who was captaining the side with Harry Maguire out through injury.

‘I always had the feeling we would win the game. Even after they score, I feel that we can come again to the game and turn it around,’ Fernandes told BT Sport.

‘After the goal of Alex, everyone felt the atmosphere, it was unbelievable, the push from the fans was incredible, some big saves from David, who helps a lot to be in the game and to keep the score 1-1.

‘At the end Cristiano, as always, we say strikers have that feeling to score and he has it once again.’

Former Manchester United midfielder Owen Hargreaves was also thoroughly impressed with De Gea throughout the game, saying he was the best player on the pitch for the Red Devils.

‘I thought David De Gea, especially in the first half, was Manchester United’s best player, he made so many good saves,’ said Hargreaves.

‘He’s been fabulous this season, they can rely on him, he’s back to his best.’