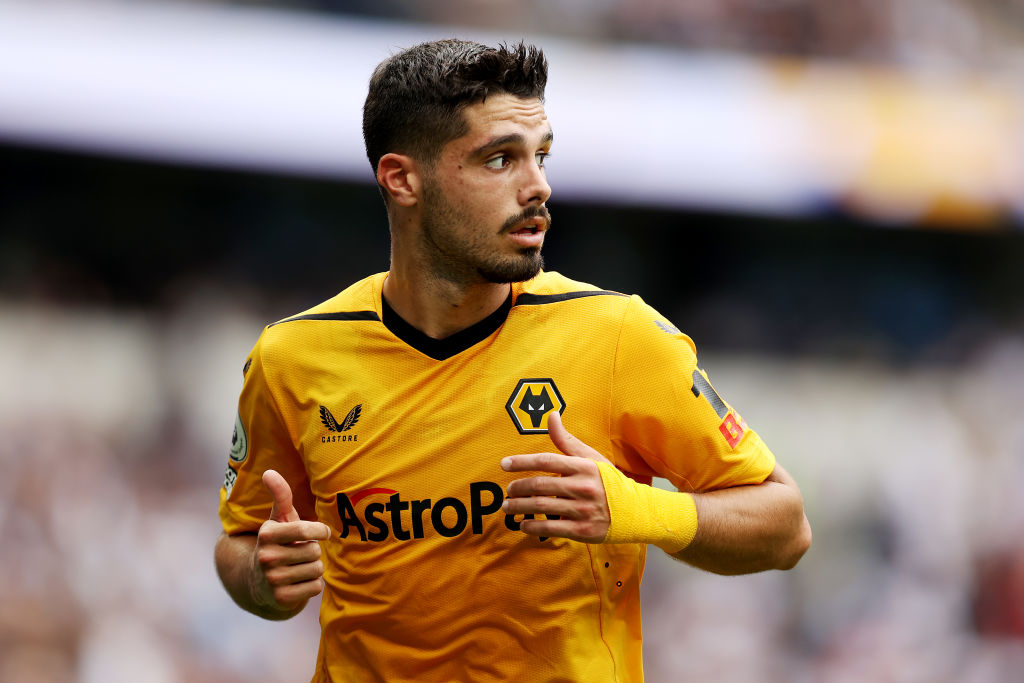 Wolves manager Bruno Lage admits it’s only ‘normal’ for a player of Pedro Neto’s quality to be linked with a move to a club of Arsenal’s stature.

The 22-year-old winger is among a clutch of talented Portuguese players who have helped transform Wolves into an established Premier League force since their promotion back to the top flight four years ago.

Neto has scored nine goals in 76 appearances under both Lage and his predecessor Nuno Espirito Santo and recently returned to full fitness after a serious knee injury.

Arsenal have invested heavily in their squad over the summer, spending well in excess of £100million on the likes of Gabriel Jesus, Oleksandr Zinchenko and Fabio Vieira, but Mikel Arteta wants to make further additions before the transfer window closes.

Speaking after they extended their 100% start to the new campaign with a 3-0 win at Bournemouth last Saturday, the Arsenal manager said:  ‘We know we are short, we have to add more firepower and we can do it.’

Despite their impressive winning streak, Arsenal appear likely to be heavily reliant on the players Arteta has utilised in the opening weeks of the season with only Emile Smith Rowe, Eddie Nketiah and Vieira, yet to make his debut, in reserve.

Arsenal’s squad depth will be further reduced once, as expected, Nicolas Pepe completes a loan move to Nice after the club’s record signing was left out of Saturday’s matchday squad.

The Gunners have identified Neto as the ideal replacement having missed out on former Leeds United winger Raphinha to Barcelona earlier this summer.

Neto only recently signed a long-term contract with Wolves and the Midlands club are unwilling to sell one of their prize assets, who they insist is worth more than Diogo Jota, who joined Liverpool in a £45million deal two years ago.

The former Braga winger appeared as a second half substitute in last night’s 2-1 win over Preston North End in the Carabao Cup and, speaking afterwards, Lage insisted Arsenal were yet to make a formal offer.

He said: ‘I don’t know. I heard about that, but nothing has come to us.

‘The other teams are looking for players like we have, but no-one told me nothing about any proposals, so I cannot confirm nothing.’