Callum Robinson plundered a hat-trick as the Republic of Ireland beat World Cup hosts Qatar 4-0 to win back-to-back games for the first time since March 2019.

Robinson, whose first-half double in Azerbaijan on Saturday set up a 3-0 World Cup qualifying victory, repeated the trick inside 13 minutes at the Aviva Stadium and then added a third eight minutes after the restart to become the first Ireland men’s player to complete a treble since Robbie Keane against Gibraltar in October 2014.

The West Brom striker, who found himself in the headlines last week after revealing he had not been vaccinated against Covid-19 despite twice testing positive for the virus, had scored only one senior international goal before meeting up with his team-mates this month.

Defender Shane Duffy helped himself to a fourth as manager Stephen Kenny who had won only one of his first 16 games in charge, celebrated a second victory inside four days, albeit tinged with sadness at the knowledge that his side will not be in Qatar when world football convenes next year.

For Felix Sanchez’s side, who lost 3-0 in Portugal at the weekend, it proved a sobering evening as their winless run as they attempt to gain international experience ahead of the tournament stretched to six games with Republic keeper Caoimhin Kelleher not having to make a save of note on his first senior start.

Ireland, ranked seven places below the visitors by FIFA, could hardly have got off to a better start as a team featuring five changes to the one which won in Baku carried that momentum into their latest mission.

Robinson was again the man who set the ball rolling, exchanging passes with Jamie McGrath and Conor Hourihane to work his way in from the left flank before unleashing a shot which looped up off unfortunate defender Bassam Hisham Alrawi and over keeper Meshaal Barsham.

The Qataris were still bemoaning their misfortune when their night took a further turn for the worse within nine minutes when Karim Boudiaf’s clumsy challenge on McGrath sent the midfielder sprawling inside the box and left Northern Irish referee Keith Kennedy with little option but to point to the spot. 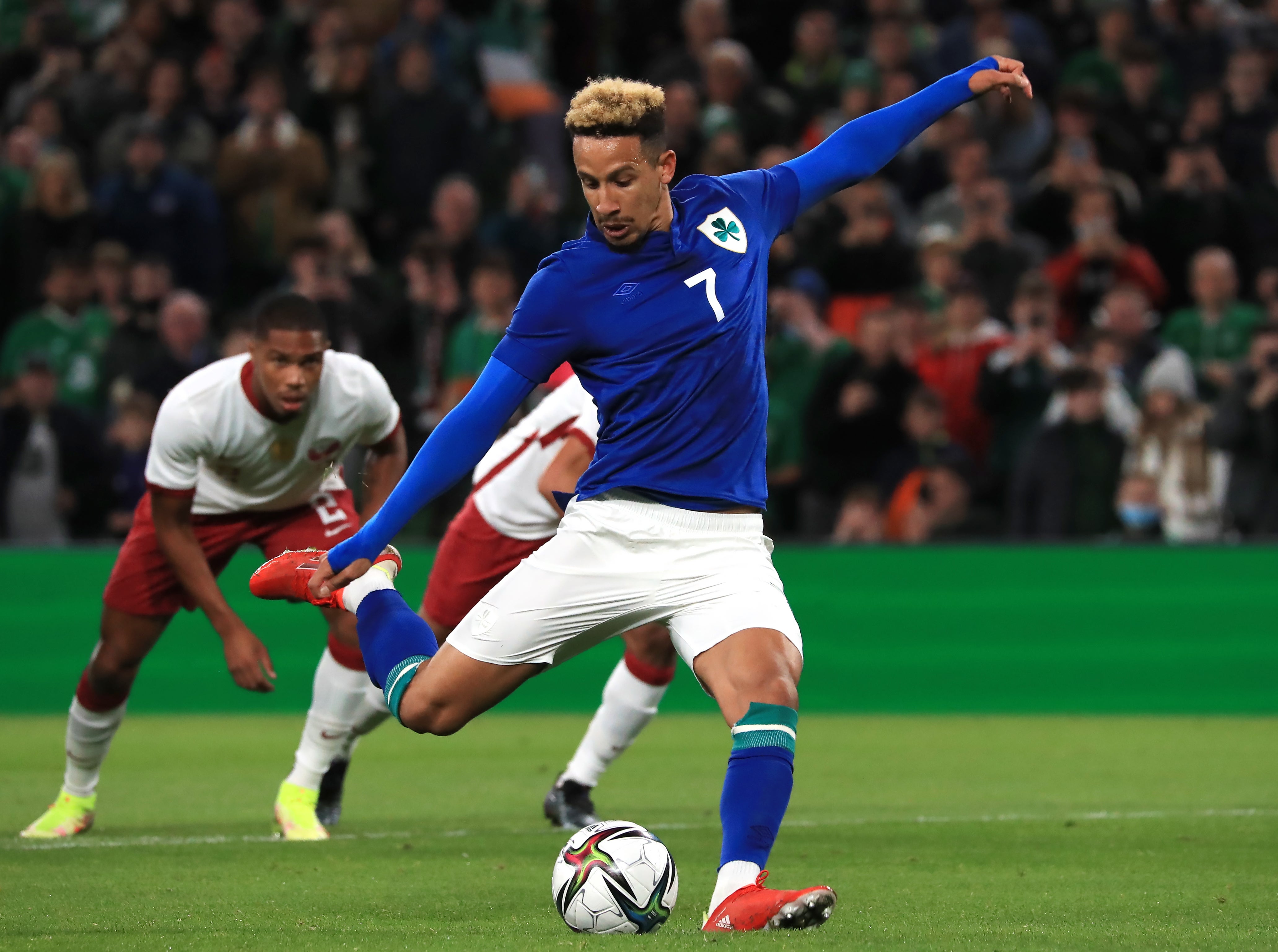 Robinson immediately grabbed the ball and confidently sent the keeper the wrong way to make it 2-0 in front of a delighted reduced capacity sell-out crowd of 25,749.

Rocked by the double setback, Qatar gradually started to work their way into the game and skipper Hassan Al-Haydos drilled wide from 25 yards with 20 minutes gone as Al-Haydos and Akram Afif started to pull the strings.

However, with Hourihane and Jeff Hendrick giving the home side a midfield base and Matt Doherty and Enda Stevens revelling in the space out wide, they threatened to extend their advantage.

John Egan headed over from Hourihane’s 35th-minute corner, but central defensive partner Duffy had to be at his best to nip the ball off Al-Haydos’ toe after he had been played in cleverly by Afif. 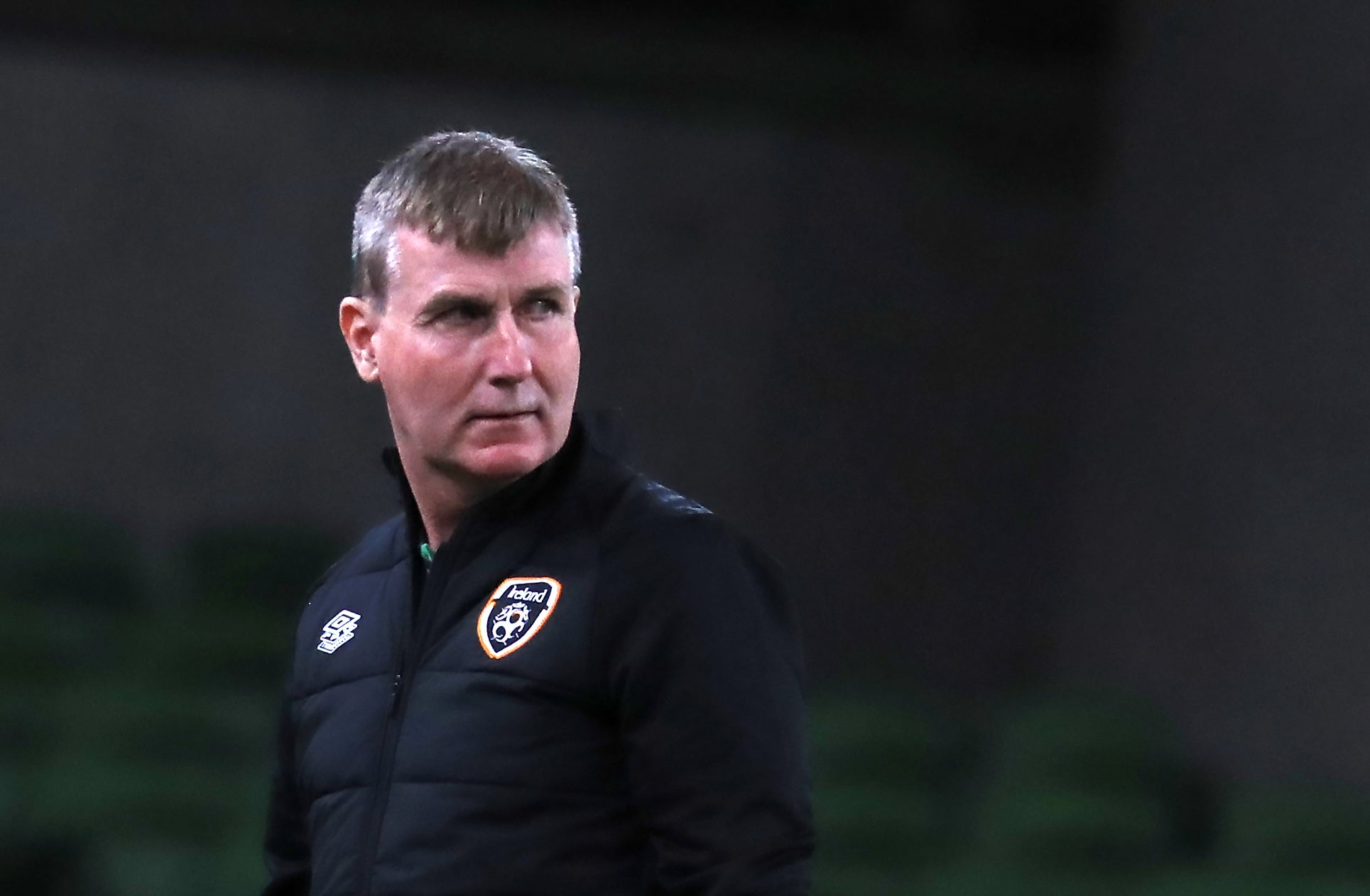 Barsham was spared by his crossbar with five minutes of the half remaining after Chiedozie Ogbene had got his head to Robinson’s inviting cross, but Kenny’s men went in at the break reflecting upon half a job well done.

Cyrus Christie replaced Doherty, who had required treatment before the break, ahead of the restart, but the pattern remained largely the same with Afif causing problems, but not where it mattered and Ireland continuing to look the more potent.

They struck again with 53 minutes gone when Robinson ran on to Hendrick’s nicely-weighted through-ball and slid a shot past Barsham’s despairing dive, and the keeper was picking the ball out of his net for a fourth time within six minutes after Duffy had powered home a towering header from Hourihane’s corner.

Hendrick drilled an 81st-minute shot just wide as Ireland pressed for a fifth, but they left the pitch more than satisfied with their night’s work.

Tags: PA Ready, Q, Republic of Ireland
You may also like
Latest Posts