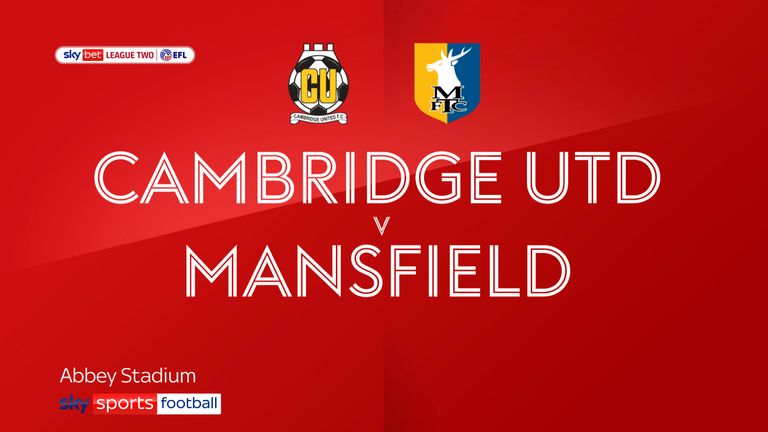 Cambridge suffered their first home league defeat of the season, losing 1-0 against Mansfield on the day they welcomed fans back to the Abbey Stadium.

Jamie Reid’s goal on 64 minutes, his first in the league for the club, and goalkeeper Marek Stech’s heroics lifted the Stags out of the bottom two.

Reid had missed big chances at the start of each half, firing over on the turn in the second minute and shooting off target when he’d been left unmarked in the box in the opening moments of the second period.

But moments after Dimi Mitov had saved well from Harry Charsley, the midfielder nodded on for Reid to fire beyond Mitov.

Cambridge’s best chance had come on 39 minutes when Joe Ironside’s knock-down found Robbie Cundy, whose effort drew an excellent tip over from Stech.

The U’s pressed hard for an equaliser, with Rollin Menayese blocking from Paul Mullin and Stech denying Ironside. Stech ensured Mansfield’s win with a magnificent save to tip over Paul Mullin’s blasted effort 10 minutes from time.

Tags: 0-1, Cambridge:, Mansfield:, Unite
You may also like
Latest Posts