Warnock spent three years in charge of Cardiff – winning promotion to the Premier League in 2018 – before leaving the Bluebirds last November and making Middlesbrough the 16th different club he has managed.

The 71-year-old thought he might have had a happy return in the Welsh capital when George Saville struck for the second successive game, but Ojo equalised in a crowded penalty area 20 minutes from time.

Boro, unbeaten in the league since an opening-day defeat at Watford, will probably be happier with the point in extending their unbeaten run to six games. 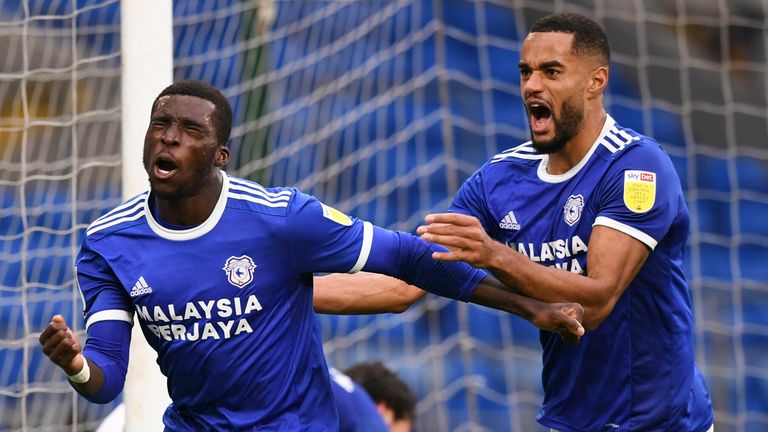 Cardiff have yet to win at home this season and will feel that record should have been put to bed as several gilt-edged chances were passed up late on.

The Bluebirds fielded seven players, including academy product Joel Bagan, at the club when Warnock was there and one of them, Josh Murphy, set up an early chance for Harry Wilson.

Murphy also saw his effort blocked by Dael Fry as Boro got numbers behind the ball and frustrated home attacks in a scrappy first half.

Boro’s first glimpse of goal came after 23 minutes when Sam Morsy found James Tavernier unmarked, but he was unable to keep his shot down from inside the penalty area.

Kieffer Moore was booked for pushing his hand into the face of Paddy McNair, and Cardiff’s Wales striker almost handed out further punishment after holding off Anfernee Dijksteel to drive wide of a post.

Cardiff were asking most of the questions and Wilson came close to repeating his midweek goal against Bournemouth with his 18-yard chip landing on the roof of the Boro net.

But Boro went ahead after 36 minutes when Saville fended off Will Vaulks at a Tavernier corner to score again after his midweek winner at Bristol City and equal his tally from last season.

Boro started the second half with more purpose and Alex Smithies had to tip away McNair’s whipped in-swinging corner as the visitors looked for a decisive second goal.

Vaulks, though, brought another agile stop from Bettinelli before Moore headed over the resulting corner.

Tavernier twice went close for Boro but Cardiff, who had adopted an even more direct approach by sending on Robert Glatzel to partner Moore, were level after 70 minutes.

Moore met a corner swung over from the left and Glatzel helped it on for Ojo, like Wilson on loan from Liverpool, to slide home his second goal Cardiff goal from close range.

Ojo, Wilson and Moore all spurned late openings as Boro held on for the point that their application certainly deserved.

Tags: 1-1, Cardiff, Middlesbrough, she
You may also like
Latest Posts

Frank Lampard hits back at Jose Mourinho claims as Chelsea vs Tottenham mind games begin
Recent Posts
This website uses cookies to improve your user experience and to provide you with advertisements that are relevant to your interests. By continuing to browse the site you are agreeing to our use of cookies.Ok